In 1954, the first director-general of the World Health Organisation, Dr Brock Chisholm, famously stated: “Without mental health there can be no true physical health.”

More than half a century later, we have large numbers of studies backing up his belief. Surprisingly, given the known effectiveness of exercise as an additional part of treatment for depression, there have been few studies investigating the use of exercise in the treatment of people with severe PTSD.

Post-traumatic stress disorder often occurs after potentially life-threatening events. PTSD is common in certain occupations, the armed forces and police officers. The US Department of Veterans Affairs estimates that 10% of women and 4% of men are affected in the general population, with rates as high as 31% among combat veterans. In Australia, it is estimated up to 5% of people will experience PTSD, with a four-fold increase in PTSD cases since Australian troops first went to war in Afghanistan in 2001.

PTSD affects more than just mental health. It is linked with a greater risk of chronic conditions such as diabetes, obesity, alcohol abuse and cardiovascular disease. Gaining weight and losing fitness are also unlikely to help aid recovery from such a debilitating and all-encompassing illness, and can often make symptoms worse.

Because exercise can have a positive effect on depression, we suspected that exercise would have a similar effect on PTSD. So we conducted a clinical trial with 81 people, mostly former soldiers and police officers, in residential treatment at St John of God Hospital in Richmond, Australia.

In our study, we randomly assigned patients to two types of treatment. Half received usual care, a combination of group therapy, medication and psychotherapy. The other half received a structured, individualized exercise program combining walking and strength-based exercises in addition to usual care, for a period of 12-weeks.

The exercise program was low-cost and used elastic exercise bands to replicate traditional gym exercises such as bench press and squats. The exercises were tailored to each individual in order to maximize motivation and continue to take part.

Since poor motivation is a key symptom of severe depression, asking people who are experiencing severe mental distress to exercise can be difficult. For many of the participants in our study, their early exercise program simply involved getting up out of bed, walking to the nurses’ station twice and repeating.

In the following session, this could increase by adding an extra lap to the nurses’ station, in addition to various resitance-based exercises.

Program details were recorded in the participant’s exercise diary. Exercise goals were established and reviewed together with the exercise physiologist. We supplied pedometers (step-counters) allowing patients to keep track of their overall daily step count and set specific goals.

Similar results were found demonstrating a positive effect of the exercise program on sleep quality, known to be poor amongst people experiencing PTSD.

Importantly, as a result of this research St John of God hospital has now included exercise as a key part of its PTSD treatment program. Promising research from the UK has shown a positive effect of surfing on improving the well-being of combat veterans. Importantly, charities such as Soldier On in Australia, Help For Heroes and Surf Action in the UK are helping to promote physical activity and facilitate engagement among contemporary veterans.

Our findings are in line with previous research in the US demonstrating a positive effect of yoga for PTSD, and provides support for the inclusion of structured, individualized exercise as a part of PTSD treatment.

For the first time, this research shows that individualized and targeted exercise programs can improve the physical and mental health of PTSD patients. Further research is currently underway at the University of California, San Francisco.

While it is true that without mental health there can be no true physical health, exercise appears to be vital for both. 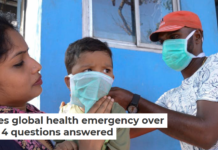 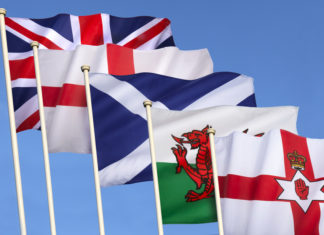 Depression can break your heart, literally