The health and success of the Affordable Care Act (ACA) depends on a lot of factors, and enrolling enough “young invincibles” in health insurance is one of them.

Under the ACA, insurers in the individual market have to cover everyone who wants to enroll. Insurers are also restricted in how much they can vary premiums based on age. That means that older people who have higher medical costs (on average) pay premiums lower than what might cover their care, and young people with lower medical costs (on average) pay premiums sometimes above their expected medical costs. So enrolling young people in health insurance helps keep costs stable. In addition, young adults have historically been highly represented when looking at the uninsured population.

And so millions of young adults were targeted for enrollment in the ACA’s health insurance marketplaces during the first open enrollment period in early 2014.

Enrolling in health insurance can be hard; choosing a health insurance plan that provides the amount of coverage you’ll likely need at the right cost is a difficult task. It’s challenging for consumers who have been through the process several times before, and likely even more so for young people who may be selecting from plan options for the first time.

What young adults want in a health insurance plan

We studied 33 highly educated young adults aged 19-30 in Philadelphia during the first year of HealthCare.gov. Some of the people we followed had health insurance at the beginning of the study, but wanted to look at insurance options on HealthCare.gov because they’d heard from friends that they might get better, cheaper coverage on the marketplace. In fact, one of the findings of our study is that young adults were often not only shopping for coverage on HealthCare.gov, but also comparing those plans to options outside the marketplace, like plans offered by schools, employers or their parents’ health insurance.

From January to March of 2014, we observed the young adults as they shopped for insurance plans on HealthCare.gov, asking them to “think aloud” to capture their reactions in real time. We then interviewed participants about their thoughts on health insurance in general and what they saw on HealthCare.gov.

I just wasn’t able to comprehend all of the things on the Healthcare.gov – I got confused. I’m not a person to give up, not at all – but with the system, I just wanted to quit.

The young adults we followed were looking for an affordable health insurance option. They placed a lot of emphasis on the monthly premium cost and the amount of plan deductible (though see below on their confusion about what deductible actually means).

Most considered a monthly premium of over US$100 unaffordable, yet the least expensive plan without tax credits in Philadelphia was closer to $200 per month. Luckily several of the participants qualified for tax credits, which brought their premiums as low as $0.13 per month. Others, however, did not qualify for any discounts and chose to remain uninsured, stating that they could not afford any of the options, even though they may have to pay a penalty for not having insurance.

I will just pay whatever that tax consequence is, $95 or something, right?, because $200 a month right now is way too much. I don’t know how my friends with student loans do it.

Topping the list of coverage benefits they wanted was access to affordable primary and preventative care. One participant said:

I would really like to get a physical to just see where I’m at. I haven’t been to a doctor in a long time, but I wanna see if there’s anything I should be concerned about – blood pressure, cholesterol…

Interestingly, however, many participants in the study did not realize that preventive care was included in all plans at no additional cost under the ACA. Hence, one of the recommendations coming out of this study was that plans should emphasize the availability of no-cost preventive care, like birth control and routine visits, especially in efforts targeting enrollment of young adults.

As one of the young adults was looking at his plan options, he said:

It became clear early in the study that one of the biggest challenges the young people faced in choosing a plan was their lack of familiarity with basic health insurance terms like “deductible” or “coinsurance.”

Only half of the participants could correctly define “deductible,” while less than one in five could define “coinsurance.” These concepts are fundamental to understand for anyone who hopes to make an informed health insurance choice. And misunderstanding these terms can lead to a rude awakening after purchasing and trying to use the insurance. This happened to one participant who said:

Before I signed up for it, I didn’t really know what deductible meant. I thought it was saying it would cover $6,000 worth of stuff, and anything over that, then I would have to pay the rest. But I found out it was the other way around.

While this is a small study that was conducted in a single city and state that uses healthcare.gov, it shows that even the highly educated young people in our study had difficulty making health insurance choices. However, our findings on the confusion over health insurance terms have also been demonstrated in studies of consumers across a variety of demographic groups. Other researchers have also verified, mostly in experimental settings, that people have a hard time making optimal health insurance choices, even after ensuring that they understand basic health insurance concepts or conducting their insurance experiments in a population of MBA students.

In the area of health insurance literacy, tools to help consumers could be as simple as providing pop-up explanations of key terms, like “deductible,” when you hover your cursor over the term on the screen. Other tools might include total cost estimators that do the math for the consumer. This could provide an estimate that takes into account a plan’s deductible, coinsurance, copay and premium amounts, as well as how often that person predicts they’ll use their insurance (such as how many times they visit the doctor and how many medications they take).

We are sharing our findings with those getting HealthCare.gov and the other state-run health insurance marketplaces ready for the next open enrollment period in November 2015.

Charlene Wong is Clinical scholar and pediatrician at University of Pennsylvania. 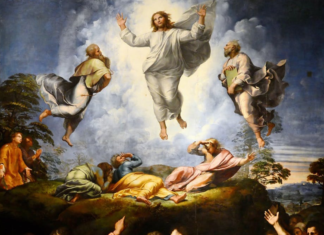 The long history of how Jesus came to resemble a white...

Staff Writer - July 17, 2020
Anna Swartwood House, University of South Carolina The portrayal of Jesus as a white, European man has come under renewed scrutiny during this period of...