Ask most Americans who appears on each US bank note, and they’ll probably have the hardest time identifying Alexander Hamilton, who currently appears on the $10 bill.

It’s through no fault of Hamilton’s. In the dominant narrative of American history, George Washington ($1), Abraham Lincoln ($5), the controversial Andrew Jackson ($20) and Benjamin Franklin ($100) all play more prominent roles.

Maybe this was a factor in the US Treasury Department’s decision to remove Alexander Hamilton from the $10 bill by 2020. But it’s a poor choice. While it’s decidedly not a bad idea to place a woman on a bill, we Americans need to have Hamilton (and his story) before us – perhaps now more than ever before.

And it’s not just that Hamilton was the first treasury secretary. Hamilton’s immigrant story, his role in the American Revolution, his rescue of the US economy, and, above all, his vision for the United States – all make his continued presence important and necessary.

Ultimately, Americans today live in a nation built upon the foundation of Hamilton’s ideas.

From fervent revolutionary to founding father

Born on the Caribbean island of Nevis (a British slave colony for sugar) in 1755, Hamilton was an illegitimate child and an immigrant. His mother endured an abusive marriage, poverty and jail before birthing two boys out of wedlock. Alexander was 11 when she died, and he was later adopted by a merchant, who sent the precocious teenager to America for an education when he was 17 years old.

This was in 1773, three years before the outbreak of the American Revolution. Almost immediately, Hamilton launched himself into a revolutionary fervor, making impassioned speeches and publishing pamphlets in the voice of a native patriot:

What, then, is the subject of our controversy…? [W]hether we shall preserve that security to our lives and properties…or resign them into the lands of the British.

For a youth under 20, with the spray of an émigré voyage still on his shoulders, Hamilton assumed America’s time of trial as his own.

During the war, he performed heroic service as an artillery captain, and later worked as General Washington’s aide-de-camp. The general valued him highly for his eloquence and sharp, logical mind.

Hamilton quickly saw that the underfed, poorly equipped Colonial army reflected a failure of government. The Articles of Confederation prevented the levying of taxes and conscripting of soldiers; there were powers left to the states, few of which fully supported the war. If monarchy endowed a sovereign with too much power, here, in Hamilton’s mind, was the perilous opposite. Unchanged, it would offer – according to Hamilton – “all the…opportunity we can wish to cut our own throats.”

Hamilton, then, felt the urgent need for a central government that possessed powers independent of the individual states, and in the 1780s, he was a primary backer for a new constitution. The Constitutional Convention of 1787 produced a document with which he partially disagreed, but nonetheless rose to defend when it was attacked by libertarian voices. This defense took the form of The Federalist, to which James Madison and John Jay contributed, a text considered by some as the best expression of democratic political theory ever written.

The ideas that built America

Asked to be the country’s first president, Washington agreed on the condition that Hamilton be his secretary of the treasury.

The bank added much-needed stability for the nascent country’s shaky finances, and though Andrew Jackson would close The First Bank of the United States in the 1830s, it would later re-emerge in 1913 as the Federal Reserve.

Above all, it was Hamilton’s broad vision for America for which he should be most remembered. This emerges both in Federalist Papers and in his Report on Manufacturers, which he presented to Congress in 1791.

In the Report on Manufacturers, the secretary introduced some of Adam Smith’s key theories: the centrality of labor and its divisions; the value of industry and innovation; distrust of great wealth and inherited nobility; and the need for a military to defend against foreign powers.

But Hamilton didn’t simply parrot Smith’s ideas. He also argued for nurturing home-grown industries, publicly financing science and technology and attracting immigrants (especially skilled ones). Opposed to Jeffersonian visions of a rural, small-town America having “entangling alliances with none,” Hamilton set in motion a country that he hoped would grow to be a world power and a beacon of democratic freedoms.

Hamilton hated slavery and rejected bigotry, and it was he – more than Madison – who articulated that the US had much work to do before its laws could match its enlightened ideals.

Until his death, Hamilton fought to preserve a union of states that would one day be able to stand shoulder to shoulder with the great European powers: before perishing in a duel with Vice President Aaron Burr (whom he considered a scoundrel), Hamilton blocked a plan calling for New England to secede from the Union, with Burr as its president.

Hamilton was not democracy’s saint. He wanted the president to be elected for life, and he deemed a Bill of Rights unnecessary. He was cocky, with an explosive temper.

But Jeffersonians did the most damage to Hamilton’s reputation. Fearing his call for a strong central government, they cast him as a lover of aristocrats and tyrants. As explored in a new book, The Shape of the New: Four Big Ideas that Built the Modern World, such characterizations – which extended into the 20th century – were the result of the long-term war of ideas between anti-government conservatives and pro-government liberals, a struggle that very much continues to this day.

Today, few Americans would proudly call themselves Hamiltonians. They should. An immigrant from a single-parent family, Hamilton had a life story reflected in those of millions of Americans. While we speak in dulcet tones about Thomas Jefferson, it is the land of Hamilton we inhabit.

Perhaps this truth will come to bear. The highly praised musical Hamilton – which is based on historian Ron Chernow’s magisterial biography – is set to open on Broadway this summer.

Until then, the “ten dollar founding father without a father” (as the musical has it) more than deserves to keep his bill. 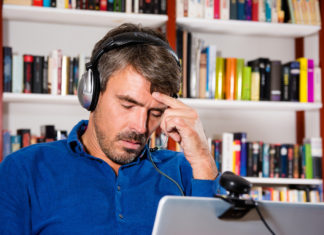 Staff Writer - October 16, 2014
By Katrin Schoenenberg, Technical University of Berlin We all know the feeling, you’re chatting with your friend or even your boss over the internet and...