While recognition and acceptance of people who don’t identify as strictly male or female is growing, many aspects of American society, from language to sports to fashion, remain structured or separated by gender.

So when people decide to change genders – or not identify with a gender at all – it can create a host of administrative, legal and ethical challenges.

At The Conversation U.S., we asked scholars from different disciplines to explore what happens when trans people try to assert their rights in a binary society.

A few years ago, public restrooms were the focal point of transgender rights, with support for “bathroom bills” – legislation that requires people to use the public restroom of their sex assigned at birth – serving as a barometer of conservative credentials. Most of the legislation that was proposed ended up dying out, vetoed or repealed.

That might be because, from a public policy point of view, policing bathrooms is almost impossible, while it’s difficult to argue that letting trans people use the bathroom of their choice infringes on anyone’s rights.

Plus, the practice of separating bathrooms by sex in the first place was grounded in beliefs that would strike most people as outdated. As law professor Terry S. Kogan has written, it emerged out of the “separate spheres” ideology of the 19th century, which advanced the view of women as “inherently weaker” and needing “protective, home-like havens” in public places, whether it was at restaurants, at the workplace or in restrooms.

But the issue of trans rights was bound to butt up against other realms of American society separated by gender. Arguably none is more complicated than sports.

Unlike bathrooms, the rationale for separating sports leagues by sex isn’t based on obsolete cultural norms; instead, it’s grounded in science. Meanwhile, the existence of funding for separate male and female sports teams at the amateur level, enshrined in Title IX of the Civil Rights Act, represents a triumph of the women’s rights movement.

As ethics and public policy professor Chris W. Surprenant explains, trans girls and women – those assigned male at birth but who transition – possess a competitive advantage against biological girls and women.

“This advantage isn’t simply a difference in degree,” Surprenant writes. “It’s not just that male athletes are bigger, faster and stronger. It’s a difference in kind. Pound for pound, male bodies are more athletic.”

“Few would care about how to best accommodate transgender athletes if they were not winning events,” he adds. “But that’s exactly what has happened.” Most famously, two trans females, Terry Miller and Andraya Yearwood, competed in the Connecticut women’s high school track championships in 2017, coming in first and second place, respectively, in the 100-meter dash.

While such examples are rare – as are trans athletes in general – they pose a dilemma: how to balance the humanity of individuals who strive to compete alongside those who share their gender, and fairness in competition.

To Surprenant, there are no easy answers. He lists the problems with proposed solutions – from testosterone-based handicapping to replacing gender divisions entirely with ability-level divisions – before arriving at one that he thinks best serves all parties involved: eliminate “men’s” divisions and replace them with “open” divisions.

Any athlete could be allowed to compete in an open division. This better accommodates women – like Vanderbilt placekicker Sarah Fuller – who are already competing alongside men, while giving coaches and organizers the opportunity to evaluate trans athletes on a case-by-case basis.

“For trans women athletes, at issue is their athletic ability, not their womanhood. If a tournament organizer determines that a trans woman athlete is too good to compete against other women because of her biological advantage, requiring her to compete in an ‘open’ division does not undermine her humanity. Instead, this acknowledges – and takes seriously – that she identifies as a woman, but that respect for the principles of fair competition requires that she not be allowed to compete in the women’s division.”

3. Legislators pull from an old playbook

Unfortunately, threading the needle and trying to remain sensitive to all sides doesn’t exactly jibe with the country’s charged, polarized politics.

Conservative legislators are pointing to the success of trans female athletes like Miller and Underwood to try to ban all trans athletes from competing in a division that doesn’t correspond with their birth sex.

It isn’t just youth sports being targeted. Bills restricting trans youth access to specialized health care, limiting which gender can appear on state-issued IDs and mandating parental notification when teachers discuss LGBTQ issues are all being debated. As of April 2021, 33 states had introduced more than 100 bills seeking to curb the rights of transgender people.

University of Oregon political scientist Alison Gash sees conservatives pulling from an old playboook. For decades, she argues, they’ve passed anti-LGBTQ legislation or blocked anti-discrimination ordinances by appealing to the vulnerabilities of children.

Gash explains how, in the 1970s, singer and anti-gay rights activist Anita Bryant honed a template that would be mimicked, in various forms over the years, to oppose LGBTQ rights.

Today, it’s more of the same.

During the bathroom bill debates, some politicians argued that girls and women would become vulnerable to predatory men who dress up as women.

In the case of the most recent transgender legislation, the handful of trans kids who win events and the relatively small number of teenagers who regret their transition are being held up as justification for sweeping legislation and large-scale bans, all under the guise of “protecting children.”

At the same time, discussing real or potential challenges that arise involving transgender youth – whether it’s a trans athlete who wins an event, pointing out that some young people may have been allowed to medically transition too soon or questioning how much is really understood about the long-term effects of certain treatments – can be seen as giving fodder to legislators who are looking to score political points.

As more and more transgender teens become visible, there are still complicated and unresolved societal issues, ones barely present a generation ago. And these conflicts and debates show little sign of abating anytime soon.

Transgender youth. This article is part of a series exploring the social and medical issues of transgender children and their families. Sign up for a four-email newsletter “course” to learn about the latest research on trans youth. 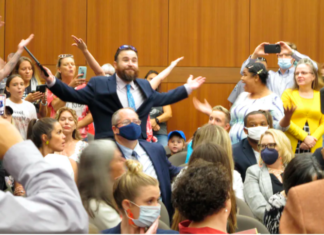 TikTok, #BamaRush and the irresistible allure of mocking Southern accents