In 20th-century popular culture, journalists were portrayed as needy hacks desperate to write the Great American Novel. Journalism was the means to an end that few achieved.

But Tom Wolfe, who died May 14 at age 88, helped change that in the 1960s. He was one of the New Journalists, who wrote nonfiction using the techniques of fiction.

As an example: Journalists had long been trained to use direct quotations sparingly and to look for money quotes, working them into stories with stenographic rhythm. Wolfe and the others broke rules, using great stretches of dialogue, knowing people reveal their character with the words they utter.

Tom Wolfe took an unusual path into the world of journalism that he would so flagrantly disrupt. Born and raised in Richmond, Virginia, he went to Washington and Lee University, but did not follow the prescribed English-lit path to becoming a Man of Letters. He majored in American studies, examining the country from the ground up. His mentor, Marshall Fishwick, had students work shifts as brick masons and garbage collectors.

Post-graduation, he sought a career in Major League Baseball. Wolfe had a good arm and was invited to spring training with the New York Giants. He was cut, so he did what people do when they don’t know what else to do: He went to graduate school.

He earned a doctorate in American studies at Yale – yes, he’s been Dr. Tom Wolfe all this time. While he chipped away at his dissertation, he adopted the all-in-black look and body odor of the beatnik, moving office furniture and chatting up young secretaries, hoping one might concede to a date. No luck for the sweaty. So he brooded on the dissertation over beer, manspreading on his couch, watching late-night TV.

Then he saw it: “His Girl Friday.” Being a newspaper reporter looked like fun and after years of academic overload, he longed for the real world. That world with Cary Grant and Rosalind Russell looked real enough, and so he blanketed North America with resumes. He got two bites, one of which was a joke offer so the New York Daily News could brag about having a Ph.D. copy boy. (He’d finally finished the dissertation.)

But the other offer was from the Springfield Union in Massachusetts. He took that job and wrote about tax rates and sewer lines. Having paid his dues, he was off to The Washington Post in 1959 and the New York Herald Tribune by 1962.

In the heady competition in New York, he soon developed a fascination with the work of New York Times reporter Gay Talese. Talese spent off-hours writing features for Esquire, which drew Wolfe’s whistle of admiration.

Wolfe wanted to play that game. He covered a custom car rally in California for the Herald Tribune and spun off a free-association feature – actually his verbatim memo about the car rally – into an Esquire article titled “There Goes (VAROOM! VAROOM!) that Kandy-Kolored (THPHHHHHH!) Tangerine-Flake Streamline Baby (RAHGHHHH!) Around the Bend (BRUMMMMMMMMMMMMMMMM.”

His style was born of deadline fear and set his course to cover the decade he considered mirthful pandemonium. His writing was freckled with Tourette’s-like ejaculations that infatuated some and infuriated others, including the editors, staff and perhaps every reader ever of The New Yorker. Wolfe’s savage parody takedown of the magazine and its beloved and cloistered editor, William Shawn, drew lifelong hatred from much of the literary establishment. E.B. White called the article “sly” and “cruel” and the reclusive J.D. Salinger called it “poisonous.” Wolfe wore such criticism as a thorny crown.

He excelled in annoyance; witness his clothing. When he showed up at an autumn lawn party in his white suit – as a Son of the South, he was practically issued the thing – guests approached him sputtering with rage: “Why, it’s after Labor Day! How dare you?” And so he began dressing with insufferable flamboyance, using clothing as harmless aggression. Even people who didn’t read knew who he was: the Man in the White Suit.

In his work, he wrapped up the spiritual quest of the 1960s in “The Electric Kool-Aid Acid Test,” his high-octane meditation about a generation born to affluence searching for something beyond the working definition of happiness, a spiritual and physical journey he showed through the eyes of writer Ken Kesey, who’d gone off the rails. Fifty years later, “Acid Test” stands as the best book to give to a kid who wants to know why there is such a fuss about the 1960s.

Then he asked the simple question: What do you do when you know your life has peaked? After walking on the moon, going to Walmart loses its mystique. In the 1970s he investigated for Rolling Stone how the astronauts held up after returning to Earth and going back to normal life. A decade of research followed into the nature of heroism. He produced “The Right Stuff” in 1979.

Inevitably – because the mountain was there, demanding to be climbed – he turned to fiction. Using his reporter’s skills and determined to write a realistic novel in the manner of Charles Dickens, he spent a decade – and a very public first draft, also in Rolling Stone – to produce “The Bonfire of the Vanities,” a big best-seller, loathed by the literary community that had always despised him.

I knew him and wrote a book about him many years ago. I was with him during the research phase of one of his novels, and I marveled watching him watch people. With grace and a seeming effortlessness, he extracted stories from people, slipping into a corner to pull his notebook from his suit pocket and dash off a few lines of insight.

He kept it up the last decades of his life, producing doorstop best-sellers (“A Man in Full,” “I Am Charlotte Simmons,” “Back to Blood”) and remaining a chortling televised commentator, sowing disdain and insult like some Johnny Pissed-off Seed.

He didn’t care for acceptance by the literary community. He knew that would never happen. As an outsider who’d long urinated on the pretensions of much modern writing, he never expected to be invited into the tent.

He left behind not only his work, but validation for the journalists who have followed in his wake. He – and Talese, Truman Capote, Joan Didion, Norman Mailer and others – celebrated nonfiction writing as an art form at least as legitimate as modern fiction. When I look back at the sore-thumb decade of the last century, there’s no definitive novel of the 1960s, but there is “The Electric Kool-Aid Acid Test.” There is no single novel that spelunks to the depths of the American character, but there is “The Right Stuff.”

In the end, he gave the world the story of 60 years of the American experience, in fiction and nonfiction. Our descendants will decide whether his work has a long shelf life, but today it can be hard to look back and imagine the grand and catastrophic spectacle without him on the sideline, taking notes. 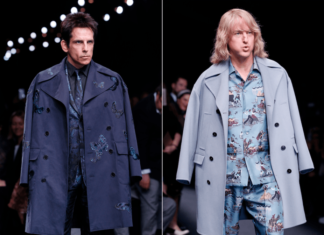 Staff Writer - March 15, 2015
By Chris Hodge, Northumbria University, Newcastle As Fashion Week in Paris drew to a close along with this spring fashion season, the reinvention and reawakening...