Over the past year, Southern Baptist leaders have been encouraging churchgoers to marry young. The push seems to stem primarily from the concern that many people – especially men – are having sex before they marry. Shorten the time between when men reach sexual maturity and when they marry, the reasoning goes, and men (and presumably women, too) will be more likely to be virgins on their wedding day.

There are many reasons why the church might want to discourage early sexual activity, including limiting the number of out-of-wedlock births and reducing rates of sexually transmitted disease.

However, what if one steps back to consider how younger marriages might affect the family more broadly? From that vantage point, is marrying young a good goal to promote?

Probably not. Recent research has shown how a number of factors related to age – income, education level and whether couples live together – go a long way in shaping the health of a marriage.

A trend towards marrying older

As someone who studies marriage and who married in my early 30s, I’m intrigued by the Southern Baptists’ attempt to swim against the demographic stream.

For the last half-century, the trend has been toward later – not earlier – marriage. The median age at first marriage is now 29 for men and 26 for women, an age that has risen steadily since the 1950s. According to the US census, today’s young adults marry a full six years later than their counterparts did during the Eisenhower administration.

As marriage ages have risen, marriage has also become less common and less stable. In 1960, less than 9% of people over the age of 25 had never married. Today, that proportion is 20%, meaning that 42 million Americans have never walked down the aisle. Meanwhile, divorce rates have increased by more than 100% since the mid-20th century and approximately one in two marriages now end in divorce.

Rates of sexual activity outside of marriage are higher than ever before, and out-of-wedlock births now represent about 40% of all births.

Most Americans would probably agree that stable marriages are better than unstable ones. And reams of research point to the benefits of having children during, rather than outside of, marriage. If marrying young would promote happier, healthier marriages, we as a society might do well to encourage people to tie the knot as soon as they can.

But if anything, the data suggests the opposite. People who get married in their early 20s are more likely to get divorced than people who marry older. In fact, age was recently identified as the “smoking gun” in one of the enduring mysteries of modern American marriage: why couples who cohabit before getting married are more likely to get divorced.

For years, no one was quite sure why. However, couples who cohabit before they get married do tend to be younger, and recent research suggests it is the age of the couple when they began living together – rather than the fact they cohabited – that most strongly predicted an eventual divorce.

Nevertheless, the association between age and divorce is just that – an association, not a proven cause.

However, we do know some things that keep marriages strong: having enough money is highly predictive of a stable marriage, for example. So is having family support and possessing good communication skills – especially in conflict resolution.

That’s why most efforts aimed at promoting marriage (marriage counseling programs, for example) target how a couple interacts with one another. These key ingredients in determining whether a couple stays together are intrinsic to the couple; they’re not a function of some external factor.

If groups such as the Southern Baptist Convention want to promote stronger families, they might consider taking their cues from research, and investing in areas that have been shown to yield results.

Certainly, there is nothing in the data to suggest that marrying young will lead to happier, healthier families. While encouraging younger marriages may be an effective way to promote sexual abstinence, the pursuit of that narrow goal will do little to promote stronger marriages – and may even work against that goal. 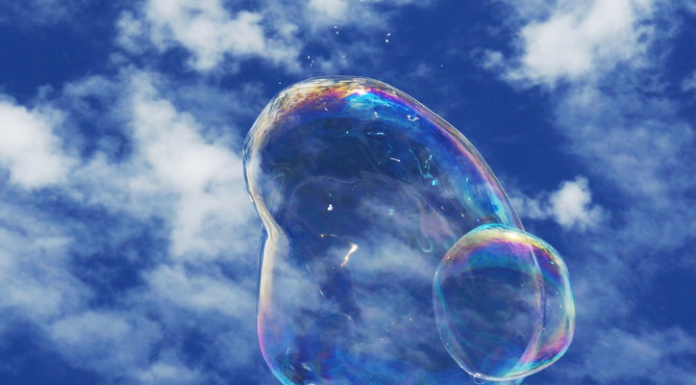 The Bitcoin bubble – how we know it will burst

Is the Jade Helm 15 conspiracy theory a sign that Americans are becoming more paranoid?

Asteroid dust brought back to Earth may explain where our water came from with...

Why it’s important to see women as capable … of terrible...

Even if you’re asymptomatic, COVID-19 can harm your heart, study shows...