The experience of visiting a zoo is about to change dramatically. The Next Generation Zoo concept is based on how animals use space in the wild, giving them more freedom and better using the resources available to most zoos.

Take Philadelphia Zoo, for example. It is a small, city-based institution, which like many zoos has suffered from the lack of space or opportunity to expand. In the past, this has meant animals were restricted to limiting enclosures. But new walkways between enclosures are allowing monkeys and now tigers greater freedom of movement.

The way animals use space in the wild is actually quite similar to the way we humans use space. Wildlife biologists call the space a wild animal uses its home range or its territory. I have travelled to all seven continents and even to the North Pole, so my home range is the whole planet. But because I only really use a few areas with a high frequency, such as my home, work and relatives’ houses, these areas probably account for 95% of my space use. The rest is travelling between the three main areas I use or sporadic visits to exotic places.

Many animal species in the wild do a similar thing: they have a few places they like to sleep, some drinking points, social gathering space, toilet areas and places they go to find food. Thus, while a wild monkey might have a home range of 12 hectares Brazilian rainforest, in reality it only uses one hectare distributed across a few points of its home range. Field biologists call this its “core area”. What this tells us is that animals (rather like humans) spend a lot of time commuting from frequently used place to frequently used place.

While people might complain about the need to commute, this is more related to crowded public transport than the actual travelling. May is National Walking Month and if it were practical most people would find walking a more rewarding experience than mechanised transport. If our species was designed to do one thing well, by evolution, it is walking – something our ancestors had to do to fulfil their survival needs. Not to mention it helps with many diseases including obesity.

Next Generation Zoos have embraced this concept by creating raceways that allow animals to walk around the zoo. The Philadelphia Zoo has hundreds of metres of mesh tubes, which monkeys can walk along and substantial raceways that tigers can track along. These are not roads to nowhere – some of them may end in viewing points and others in a different enclosure.

So, rather like a train-line, these raceways can connect animal enclosures together, expanding the areas open to species for exploration and exercise. As well as giving them more space, animals get more freedom to use different spaces for different activities, such as sleeping or foraging much as they would in the wild.

So while due to planning or other restrictions a zoo may not be able to construct a huge tiger enclosure this does not matter as you can connect many small enclosures together. It can also allow social species to choose with whom they are going to hang out. This is the idea behind Philadelphia Zoo’s 360° concept, designed by Jon Coe.

Taking the concept of train-line system of raceways further by including nodes, which are essentially junction boxes, a zoo can start to rotate animals between enclosures. For example, an enclosure that is escape-proof for a bear will also keep in a big cat. Thus, depending on the number of enclosures in the zoo a species could have access to tens of different enclosures during a year by being rotated through them. Once the herbivores have been rotated elsewhere, predators could be given access to their enclosures, which would be a very stimulating experience for them.

The map of a zoo would start to look like the London Underground with the animals having vast arrays of opportunities to choose where they are going. It is likely that many animals will enjoy the journey of travelling around the zoo above the public, experiencing new sights and sounds. Feeding stations, toys and viewing points can be included in the raceways making them more interesting to the animals.

In terms of animal welfare, this system will allow animals to use the zoo environment more as they would use their habitat in the wild. They will no longer need to stare at the same old four walls for the rest of their life. Instead, they will have the opportunity to travel and go to different places. This will be beneficial for both mental and physical wellbeing. Zoo animals, just like their human visitors, are becoming overweight. I have seen zoo-housed crocodiles with potbellies, something we never see in the wild, and this issue can be best addressed by promoting physical activity.

For the visitor, these changes should make zoos more dynamic institutions and less like museums. Because animals are on the move, it’ll be necessary to seek out the ones you want to see, making the experience much more like the wild. This will make animal viewing a more rewarding experience. The thrill of seeing a wild animal is in part the hunt.

While the cost of implementing this kind of system is not cheap, it will be considerably cheaper than building new exhibits. I for one think it will encourage zoos to renovate enclosures rather than constructing news ones or building many, potentially smaller, simpler spaces that animals need, such as a sleeping space, a watering hole or just a place to admire the view over a lake. I think the orang-utans and their friends are going to like these changes. 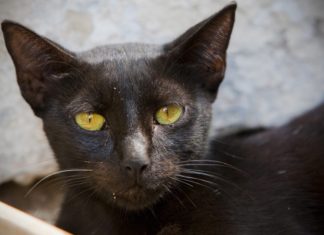