Significant Figures is a series from The Conversation where scholars explain an important number in the news.

The COVID-19 pandemic has been hard on everyone, including nonprofits. With millions of jobs lost, long lines are forming outside food pantries. Demands for a wide array of services charities provide are rising fast at a time when many Americans feel unable to give away as much money as they used to.

You may have missed it, but Congress tried to solve this problem.

In March, lawmakers approved a new tax break designed to encourage more charitable giving. The measure, tucked into the US$2 trillion economic relief package known as the Coronavirus Aid, Relief and Economic Security (CARES) Act, will let some Americans deduct up to $300 in charitable donations from their taxable income, when they file their 2020 tax returns in 2021.

This small tax break apparently applies only in 2020 although that could change should any of the several related measures now pending become law. The IRS hasn’t yet made clear whether couples filing jointly who don’t itemize may deduct a total of $600.

Currently only Americans who itemize deductions on their federal tax returns get a tax benefit from donating to charity. Less than 15% of people filing returns itemize and the majority of them are well-off. But more than half of Americans donate money each year, and most of them get no tax benefit from it.

Like most economists who study philanthropy and taxes, I support letting more people take advantage of a charitable deduction. However, I believe it’s unlikely that this $300 deduction will do much to boost donations to nonprofits.

Only people who don’t itemize can use this charitable deduction, and only money given to tax-exempt nonprofits counts toward the $300 limit. Donated stock, furniture, clothes and canned goods don’t. Neither does giving to donor-advised funds or foundations.

The data I’ve reviewed indicate that about 32% of nonitemizing taxpayers already give at least $300 each year. So the new law won’t encourage them to give more money than they already do. Instead, those people will just get to deduct donations they had already made or planned on giving in 2020.

That leaves 68% of the people who aren’t able to itemize their tax returns and might see the new tax break as an incentive to donate. But the majority of this group hasn’t been donating any money in recent years, and it’s not clear that this will be a strong enough incentive to change that.

About 50% of these nongivers make less than $40,000 per year before taxes. It is unlikely that reducing their taxable income will have much of an effect on how much federal income tax they will ultimately pay in 2020. So, in my view, this tax incentive to give is not very strong.

The government loses out on tax dollars when Americans get tax breaks of any kind. Ideally in this case, the benefit to the whole country from an increase in private donations that help people right now will offset some government spending and justify Uncle Sam missing out on some revenue in the future.

But should the $300 charitable deduction prove to not spur new giving, the federal deficit would just get even bigger at a time when federal spending is rapidly increasing. 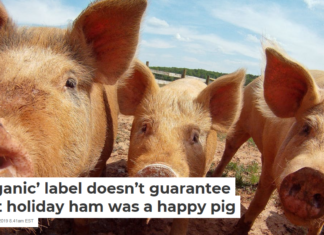 Staff Writer - December 15, 2019
Michael Haedicke, Drake University This holiday season, Americans will buy some 20 million turkeys and 300 million pounds of ham. Some of these turkeys and hams...