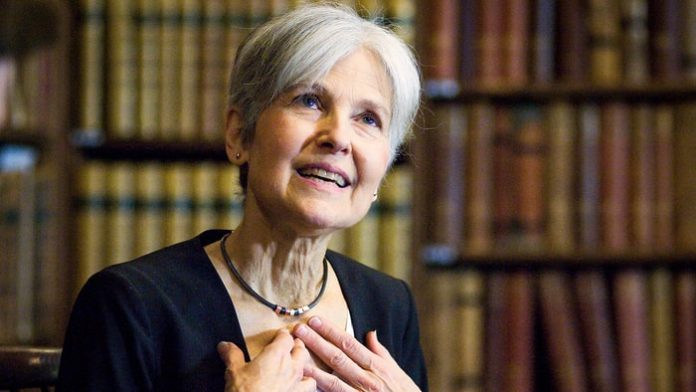 “Do you know who Dr. Jill Stein is?” This was the text I received about two months ago from a more or less apolitical friend of mine working in a crappy sales job up-selling cable to generally uninterested customers. I texted back that I didn’t, even though I not only knew who she was, I had voted for her in 2012 and was a big fan of the fiery political upstart and Green party presidential candidate. But I really wanted to see what he knew about her.

Skip forward a few weeks. I attended a speech by Stein at the University of Colorado Boulder with the same friend and even got him into an exclusive audience of about 15 people beforehand. I don’t know if he’s going to vote for her in November, but he’s a lot closer than he was when, like many young people in this country, he first discovered Stein in recent weeks.

Earlier that morning, I had a chance to sit down with Stein at a local lefty coffee shop in Whittier, a rapidly gentrifying neighborhood of Denver. It wasn’t the first time I’d met her. About a month ago when I was a Delegate at the DNC in Philly, I received a text that, having crashed the convention, the Green Party leader was in the concourse. I arrived in time to get a picture taken with her (and found myself in the middle of a shouting match between the Hillbots and the Berners…!)

My wife and I arrived early at the café and found ourselves making small talk with a surly woman who was about as welcoming as a rabid porcupine with serious gastrointestinal issues. I later learned, after the interview, that she was coordinating the Green party campaign for Colorado and was personally responsible for turning off dozens, if not hundreds, of potential Stein voters, volunteers, and possibly new party members. (I’ll take the higher road and not reveal this woman’s name, but if anyone from the Green Party is reading this and has a coordinator who meets my description, please call an intervention.)

Waiting for Stein’s arrival, we take a sunlit table in the front of the café—the kind of white-painted, coffee and croissant place that has popped up in this historically black neighborhood which is quickly becoming infiltrated by young hipster families. Dr. Stein arrives in a nondescript car and is on the phone while her assistant/wrangler/schedule-keeper, Allison, liaises with us reporter folk. Stein’s isn’t a big entourage and one gets the sense that she can still walk down the street in most towns without creating too much of a fuss.

While she’s smaller than expected—not taller than 5 feet—her energy is contagious. This largely explains why people are naturally drawn to her. As Stein joins our table, my wife asks if she can Facebook Live the beginning of the interview. Stein smiles and says of course, and we talk for a second or two about how people with disabilities use Facebook Live. (I’m a blind person and this is a Facebook feature that is accessible, sort of.) Out of nowhere, Allison produces a Tupperware bowl of fresh berries and a cup of coffee for the Green Party chief. She asks me if I’d like some too. As I’d eaten before arriving, I politely decline.

What’s really interesting about Stein is that when you are talking to her, you feel you have her undivided attention. Being a Democratic Delegate, I’ve spoken with many politicians and this quality is exceptionally rare. Normally they’ll look past you, searching the room for people who are more important. Or wealthy. But I get the sense that Stein could have hung out at our table all day talking political shop and policy if she hadn’t been booked for two big public events that day. It was only after we’d come the end of our interview when I realized that a small crowd had formed around our table. For a few minutes, it was as if just Jill, my wife, and I existed.

For a lot of Sanders supporters, the decision to support you is not just a philosophical question, it is also an emotional and personal decision. How do you think people can reconcile their decision to give up on the Democrats which has an emotional element to it as well as a logical one?

Stein: What I hear, overwhelmingly, from the Bernie activists, is that they are so very attached to their vision of democracy, of peace and justice and sustainability. And when I hear grief and distress around the mistreatment of their campaign and of them and Bernie and the sabotage of Bernie and them by the Democratic Party, what I hear from them is grief about losing their movement, losing their momentum and being taken advantage of. I have found that what people are really seeking is a sense of affirmation, that their work was important and that it has an undying impact, an immutable impact on the state of the world and the state of politics. And I have found that Berners are looking for a way to continue their work, a way to validate what they have done, for it not to be thrown away. For their blood, sweat and tears, for the money they did not have, for that not to have been done in vain. And so some have decided to work with Bernie inside the Democrat Party. But I think that becomes more and more difficult with the recent developments within Our Revolution [ed. Note: the 501c-4 led by Sanders former campaign manager Jeff Weaver] and the funding that it does allows very strong influence peddlers to have their mark on the campaign, the forbidding of direct coordinating with candidates. It’s becoming hard, from what I’m hearing, from Berners, to maintain their positive momentum inside the Democratic Party.

I think some people are feeling or are being accused of being cynical when they leave the Democrats for your campaign.

You could argue the opposite. In fact, it’s caving into cynicism and some very low level pragmatism to surrender their beliefs and their ideals to just maintain their momentum inside the Democratic Party.

“Voting the lesser of two evils is a mirage, it’s a propaganda tool. It doesn’t solve the problem because people don’t come back to vote for lesser evil politicians that are throwing them under the bus.” –Jill Stein

I have been there. I feel I understand the very difficult thought process that people have to go through in order to get past the lesser evil-ism thing. But, yes, I was there. I came from a very non-political orientation.

What got you to the point of not supporting the lesser of two evils?

What got me past that was being at the point where I had to make a decision as to whether or not I was going to run. I balked at the lesser evils thing. I was sort of dragged kicking and screaming into the electoral fight. I was an activist, but I was a very depressed activist seeing us get beaten back on one thing after another. The last straw for me was losing it on campaign finance reform. In Massachusetts, we actually passed campaign finance reform by a 2:1 margin as a referendum and the Democratic legislature repealed it on a voice vote! This said to me, the solution is not going to happen within the Democratic Party. That definitely made me political. At the time, I had been talked into running for office, running for Governor. That was my first foray into electoral politics. Voting the lesser of two evils is a mirage, it’s a propaganda tool. It doesn’t solve the problem because people don’t come back to vote for lesser evil politicians that are throwing them under the bus.

The Green Party has been very visible every four years during Presidential elections. What can be done in the other election cycles to focus on smaller races?

Here’s the surprising thing. We’ve been doing this for the last 10 years or more. We put a lot of effort into getting locals elected. We have City Council members, and school committee members, and mayors around the country. We have Mayor McLaughlin in Richmond, CA who launched the tool of eminent domain against the banks to seize underwater mortgages to be able to sell them back to homeowners at current market value instead of evicting them. She really pushed the envelope of community based policing, demilitarizing policing and drastically reducing police violence. Also, former Mayor Jason West of New Paltz, NY who pioneered gay marriage and officiated over gay marriages for which he went to jail. So Greens are in office and are running for office but the media ignores us.

How do the establishment Greens feel about the energy and activism of the Berners coming into the party? Is there any difficulty incorporating new members?

Almost none. I’m sure there is some, but I don’t see it. This is almost a marriage made in heaven and people are so happy about it. We have new locals that are starting up and old locals that are being revived.

The whole EpiPen thing. As a doctor as well as a politician, how do you reconcile the ability to control prices and affordability while also fostering and rewarding innovation and the astronomical investment it takes to get new services and medicines to the market?

I respect the pharmaceutical industry because they are often doing important work that has many spinoffs in addition to creating pharmaceuticals. But let’s also face the fact that this is one of the most profitable industries, whose profits are off the charts. So there’s a lot of room here to both ensure that the industry does well, but does it need the off the charts CEO salaries? We live in a world of incredible economic disparity which is harmful to everybody. One of the big critiques of the industry is that there are huge amounts of public dollars that go into research but then the profits are captured by the company and there is no public recourse for affordability. So I think there is room here to keep the industry secure and that the industry can innovate. 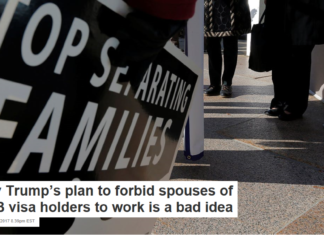 The treatment of Yazidi women highlights a historical issue…