Flirting comes in many forms: a casual gaze that lingers a half second longer than necessary, a light touch, an amorous expression, an overenthusiastic laugh during conversation, or even some playful or overtly sexual banter.

Regardless of the technique employed, flirting aims to fulfill one purpose: stimulate sexual interest. To be clear, though, flirting may not have the explicit goal of having sex or even physical intimacy of any kind. A person may flirt simply to pass the time, to feel close, to see if they’ve still got it or because it’s fun. Flirting motivations differ by gender. Big surprise: men’s flirting is more motivated by sex, while women’s flirting is more motivated by having fun or becoming closer to another person.

When done well, flirting is not overt or obvious and always leaves open the possibility that flirting wasn’t occurring at all. This ambiguity allows people to put themselves out there with less fear of embarrassment, rejection or damaged self-esteem.

When rejection risk is low for women, they’re more direct regardless of their self-esteem. Women traditionally initiate relationships less often than men, so when the chance arises perhaps women decide to throw caution to the wind and just go for it. Of course it is also possible that women are using the technique that they know works better when men try to flirt with them.

Much like a tree falling in a forest, if a flirting attempt occurs and the intended receiver doesn’t realize it, did flirting ever really happen?

When it comes to flirting technique the research is pretty clear: while subtlety is more likely to protect the flirter’s self-esteem, if you really want to get your message across, direct is best. A study asked college students about the most effective ways to show interest in someone. Both men and women agreed that subtle flirting was less likely to get the job done, and that the best approach would be a direct “Do you want to go to dinner with me?”

A key benefit to direct flirting approaches, especially for the person on the receiving end, is that they are clear and easier to interpret. Protect your ego too carefully by maintaining complete deniability and you run the risk of no one receiving your too-subtle signals.

Now you see it, or maybe you don’t

To see how easy it is to accurately perceive flirting, researchers gave more than 100 heterosexual strangers the opportunity to interact for ten minutes. Afterwards, each participant indicated whether they were flirting or not and whether they thought their partner was flirting.

Are outside observers any better at detecting flirting than participants are? Researchers had more than 250 people view one-minute video clips from the earlier interactions to see if they could accurately identify flirting in strangers. Observers who simply watched the interaction were even less accurate at identifying flirting than those who were actually involved. Once again, males were more accurate at recognizing when women flirted, but men generally tend to overestimate women’s interest, giving them more of a chance to be correct when women actually were flirting.

Across both studies, the ability to detect flirting was probably lower than any flirty person would like. But as lead researcher Jeffrey Hall explains:

Behavior that is flirtatious is hard to see, and there are several reasons for that. People aren’t going to do it in obvious ways because they don’t want to be embarrassed, flirting looks a lot like being friendly and we are not accustomed to having our flirting validated so we can get better at seeing it.

The science of flirting suggests that when you want to create sexual interest in another person and really want to get your message across, don’t mess around. Direct methods are best. An ambiguous approach is less threatening, but ultimately not very effective. People just aren’t very good at perceiving flirting.

Gary W. Lewandowski Jr. does not work for, consult to, own shares in or receive funding from any company or organisation that would benefit from this article, and has no relevant affiliations. 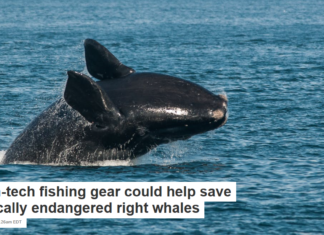