This is the best of times for biomedical research. New drugs, medical devices, and diagnostic technologies are being developed at an ever increasing rate and patients afflicted with previously untreatable diseases see much hope for the future.

Multiple drugs targeting the HIV virus are in clinical use – some to prevent at-risk individuals from contracting HIV. Drug combinations have converted a sentence of death by AIDS to a chronic condition.

Gene therapy is at last reaching its promise; diseases such as hemophilia and Severe Combined Immune Deficiency (SCID – the bubble boy disease) can now be treated using viruses to carry the “missing” gene into specific body cells, reversing and actually curing the genetic defect.

And therapies for many cancers are being revolutionized. Large-scale DNA sequencing of tumor genomes is enabling oncologists to decipher the underlying molecular basis of a particular patient’s tumor and in many cases devise an appropriate therapy.

This is personalized medicine at its fullest. Powerful therapies in which a drug is chemically linked to an antibody have recently reached the clinic and added to the oncologist’s armamentarium.

Another drug has revolutionized treatment of about half of the patients with melanomas—those that have a specific genetic alteration in the Raf gene that drives the cancer.

These treatments also offer the potential of reducing the health care costs for these individuals long term. But we – as a society and as individuals – too often forget that all of these advances have their roots in fundamental research carried out at universities, medical schools, and research hospitals, and that the vast majority of funding for this work comes from the federal government, largely from the National Institutes of Health and the National Science Foundation.

Federal funding made possible the breakthrough in the treatment of AIDS. Soon after the AIDS virus was isolated in research laboratories, scientists sequenced the viral RNA genome and identified each of the many proteins encoded by the virus.

Research laboratories took on the task of studying these proteins to figure out their roles in initiating and maintaining virus infection and causing the depletion of immune cells that is characteristic of the disease. Drugs that inhibit two of the HIV proteins essential for virus function are the basis of the remarkably effective current treatments for AIDS.

Perhaps surprisingly, the HIV virus, denuded of its AIDS-inducing genes, is the basis of a major class of gene therapy treatments: all gene therapies that target white blood cells or immune cells make use of HIV viruses in which the cancer-causing genes are removed and replaced with the “missing” cellular gene.

The isolation (“cloning”) of the gene responsible for cystic fibrosis 25 years ago – the CFTR gene, as well as characterization of all of the mutant forms of the protein and how these impact the development of the disease, were done in academic institutions and hospitals. The assays that were developed in academic laboratories for CFTR protein function were essential for the eventual development of the new CF drugs.

Cutbacks put us all at risk

So why is this also the worst of times? In a word, cutbacks in research support by both the National Institutes of Health and the National Science Foundation are threatening the infrastructure of this entire enterprise.

Funding of research grants is at an all time low; in some of the health institutes fewer than 10% of submitted grant applications are funded, cutting off a great deal of brilliant research by well trained investigators.

Young scientists just establishing their own research labs, often the ones with the most innovative ideas, are hit particularly hard. The average age for a PhD investigator to be awarded his or her first investigator-initiated research grant, the coveted NIH R01 grant, is now 42, and for physician scientists the age is even higher.

Equally worrisome is that the percentage of NIH grants going to MD scientists is dropping to an all time low; except at a few research hospitals and medical schools, physicians are finding it increasingly difficult to find the time and support to devote to basic or clinical research.

And it is not just the cutback in academic biomedical research that is troublesome. Much of this research is done by graduate students and postdoctoral MD and PhD scientists whose long periods of training are also supported by the National Institutes of Health and the National Science Foundation.

Many of these trainees go on to start companies that often are the ones that carry out innovative research to develop drugs, devices, or diagnostics. Others staff our large multinational pharmaceutical and medical device companies that not only develop new therapies but also get them into clinical trials.

Some of the slack in research funding can be taken up by philanthropic gifts, state financed efforts, and support of academic research by for profit companies. But without increased federal support the entire enterprise is threatened.

Harvey F. Lodish receives funding from the US National Institutes of Health, DARPA, the Diamond-Blackfan Anemia Foundation, Diamond-Blackfan Anemia Canada, the Leukemia and Lymphoma Society, and the Life Sciences research Foundation. He is a member of the Board of Trustees of Boston Children’s Hospital, where he is Chair of the Board of Trustees Research Committee. He is also Founding Chair of the Scientific Advisory Board of the Massachusetts Life Sciences Center, a group charged with oversight of the state’s ten year $1 billiion investment in the life sciences. He is also the lead author of the textbook Molecular Cell Biology; the seventh edition was published in April 2012. He is on the Editorial Board of The Conversation. 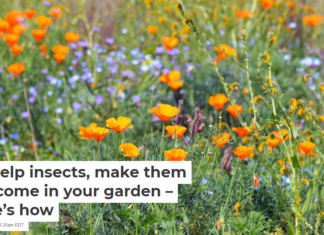 Staff Writer - March 22, 2021
Brian Lovett, West Virginia University As winter phases into spring across the U.S., gardeners are laying in supplies and...

Faith still shapes morals and values even after people are ‘done’...