To justify President Donald Trump’s aim to spend less on social services, Office of Management and Budget Director Mick Mulvaney declared, “We can’t spend money on programs just because they sound good.” Who can argue with that?

Like anyone else, we want our taxpayer dollars spent wisely. Funding programs that “sound good” but don’t accomplish much seems foolish. Still, this principle is way too broad to apply to complicated budget decisions. Our research suggests that identifying the best spending choices is a lot harder than it sounds.

Mulvaney brought up Meals on Wheels, a program that delivers meals to 2.4 million homebound seniors a year, while trying to give a good example of something funded through the Community Development Block Grant program that Trump is seeking to eliminate altogether. The grants “were just not showing any results,” he said in mid-March.

The federal government spends about US$3 billion annually on block-grant funds that states, counties and cities use to meet local needs as they see fit. This money helps make housing more affordable for low-income people, subsidizes child care and, in many communities, covers part of the cost of Meals on Wheels and other programs serving the elderly.

As public administration professors, we have studied how social service programs get assessed. In our research at Binghamton University, we have surveyed and interviewed funders as well as providers of these programs to learn how they measure results and how they use that information once they get it. We found that each defines results in different ways and uses them in different ways, making it hard to prove whether government funded programs like Meals on Wheels “work.”

In one study, for example, we asked 20 funders and 20 providers the open-ended question, “Why do you collect performance information?” In a number of cases, interviewees provided more than one response.

What we learned is that providers often are more interested in improving their programs and becoming more responsive to the people who benefit from them. Funders such as the federal government, on the other hand, tend to prioritize making sure that the programs have the intended outcomes.

To further complicate matters, social service organizations like Meals on Wheels must provide different kinds of performance-related information to each funder that supports them. Imagine the challenge, let alone confusion, these requirements create. For any one program, there is no single desired result. Each funder can judge a program’s success based on its own standard.

Research about Meals on Wheels’ benefits supports our point. Should it improve nutrition? Provide companionship? Enable seniors to remain in their homes? Reduce health care costs? Without agreement on this program’s goals, there’s no single way to evaluate its results.

Mulvaney, for example, may care about one kind of result and the senior eating a delivered meal could care about another. The volunteer who delivered it and the local entity that handled the meal’s logistics might value yet other priorities.

Since the budget director made this assertion, reporters and op-ed writers have countered what Mulvaney said about Meals on Wheels, citing studies about the program’s effectiveness. Brown University professors Kali Thomas and Vincent Mor, for instance, found that a mere one percent increase in the number of adults over age 65 receiving home-based meals could save Medicaid $109 million annually by making it easier for the elderly to age in place.

Other studies find that having volunteers visit the home-bound makes them less lonely, less likely to suffer falls and less prone to depression – positive outcomes that trim health care costs. If Meals on Wheels generates these benefits, why cut spending on it?

Troublingly, if the government scraps Meals on Wheels or other programs, there may not be a replacement. If that happens, the problems the program addresses persist but there’s no longer a plan to address them. Isn’t improving programs a better option?

Social service providers are on the ground and mission-driven. Results matter to them, but not as ends in themselves. Instead, they are motivated to learn how to make good programs more effective and more responsive to the people they serve. Yes, funders must worry about results, but in many cases, they should use them to learn how to improve programs, not as an excuse to end them.

Since Meals on Wheels gets far more federal cash from the Department of Health and Human Services than from block grants, it’s unclear whether the program is in jeopardy even if Congress backs Trump’s plan to scrap the Community Development Block Grant and the Community Services Block Grant programs.

But the underlying issue remains: Mulvaney seemed to assume that everyone agrees what it means to say that Meals on Wheels does or does not work, that he’s looked into the matter and has decided that the program doesn’t work. His confusing comments raised a question at the heart of our research. What does it mean when someone claims a program “doesn’t work”?

Certainly, tax dollars should pay only for programs that work. But that principle is meaningless without context. To learn what works, these programs need clear goals recognized by all stakeholders. While some government-funded programs may not work, Mulvaney and the rest of the Trump administration should provide compelling evidence before defunding programs. 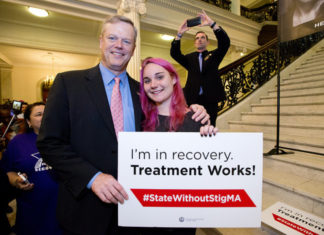 A Confederate statue graveyard could help bury the Old South