Human beings have a long history of persecuting apex predators such as wolves, tigers and leopards. The loss of these predators – animals at the top of the food chain – has resulted in ecological, economic and social impacts around the globe. Rarely do the predators fully recover from human oppression, and, when they do, we often lack data or tools to assess their recovery.

The sea otters in Glacier Bay, Alaska, are an exception. In a recent study, our team chronicled the incredible return of sea otters to an area where they’ve been absent for at least 250 years.

Our approach – which fuses mathematics, statistics and ecology – can help us better understand the role of sea otters in marine ecosystems and the ability of apex predators to return to an ecosystem after they’ve been absent. It may even help us learn what a changing climate means for many other species.

Although not typically viewed in the same vein as wolves, tigers and leopards, sea otters are an apex predator of the nearshore marine ecosystem – the narrow band between terrestrial and oceanic habitat.

During the commercial maritime fur trade in the 18th and 19th centuries, sea otters were nearly hunted to extinction across their range in the North Pacific Ocean. By 1911, only a handful of small isolated populations remained.

But sea otter populations have recovered in many areas, thanks to a few changes. The International Fur Seal Treaty in 1911 protected sea otters from most human harvest. Wildlife agencies also made an effort to aid sea otter recolonization.

Eventually, sea otters began to increase in abundance and distribution, and they made their way to Glacier Bay, a tidewater glacier fjord and national park in southeastern Alaska. Glacier Bay is functionally one of the largest marine protected areas in the northern hemisphere.

Glacier Bay was completely covered by glacier ice until approximately 1750 – about the same time sea otters vanished from the surrounding area due to over-harvest. It then endured the most rapid and extensive tidewater glacier retreat in recorded history. After glacier retreat, a rich environment emerged. This new environment supported high concentrations of wildlife, including sea otter prey species – such as crabs, mollusks and sea urchins – that were able to increase in size and abundance in the absence of sea otters.

Sea otters first reappeared at the mouth of Glacier Bay in 1988. Here they encountered vast habitat, abundant prey populations and protection from all human harvest.

It’s challenging to estimate how populations grow and spread, due to their dynamic nature. Each year, animals move to new areas, increasing the amount of area and effort required to find them. Airplanes searching for sea otters have to cover more ground, usually with the same amount of time and money. Additionally, individuals may move from one area to the next during any time period for a number of reasons, including sea otter social behavior and their reaction to the environment. Because these challenges can interfere with accurate population estimates, it’s important to understand and address them.

Shortly after sea otters arrived in Glacier Bay, scientists from the U.S. Geological Survey began collecting data to document their return. Although the data clearly indicated that sea otters were increasing, we needed novel statistical methods to unveil the extent of this increase.

The new approach allowed us to incorporate our current understanding of sea otter ecology and behavior, including habitat preferences, maximum growth rates and where sea otters were first observed in Glacier Bay.

Second, we incorporated our equations within a hierarchical statistical model. Hierarchical models are used to draw conclusions from data that arise from complex processes. They provide flexibility to describe and distinguish among various sources of uncertainty, such as uncertainty in data collection and ecological processes.

Partial differential equations are not new to the field of ecology, dating back to at least 1951. However, by fusing these equations with formal statistical models, we can reliably infer dynamic ecological processes, while appropriately quantifying the uncertainty associated with our findings. It provides a data-driven way to analyze surveys of sea otter abundance for the past 25 years.

This gave us rigorous and honest estimates of colonization dynamics that incorporated our understanding of the ecological system.

Using our new approach, we discovered that the Glacier Bay sea otter population grew more than 21 percent per year between 1993 and 2012.

By comparison, the estimated growth rates of sea otters in other populations in Alaska, who were also recovering, have been limited to 17 to 20 percent. Furthermore, the maximum biological reproductive rate – the fastest rate sea otters can reproduce – is between 19 to 23 percent per year. That means that the Glacier Bay sea otter growth rate was near or at maximum, and greater than any recorded sea otter population in history.

In the wake of glacier retreat, sea otters went from nonexistent to colonizing nearly all of Glacier Bay in a span of 20 years. Today, they are one of the most abundant marine mammals in Glacier Bay. Recent observations have documented large groups of more than 500 sea otters in some parts of lower Glacier Bay, suggesting that prey resources are abundant.

The fusion of state-of-the-art statistical and mathematical methods depicted, for the first time, just how extraordinary the growth and spread of this population was.

Sea otters had great success in the wake of tidewater glacier retreat in Glacier Bay. While climate-induced loss of sea ice can negatively affect some wide-ranging apex predators – such as polar bears or walruses – other species may benefit from the emergence of newly available habitat and prey resources.

Humans have caused the global decline of apex predators, and these declines are often difficult to reverse. However, our results suggest that, when there is minimal human interference, apex predators can be widely successful at recolonizing suitable habitat. 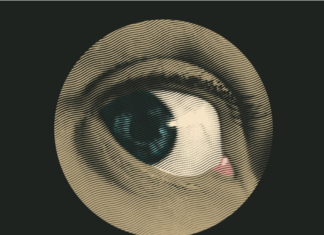 For a primer on how to make fun of Nazis, look...