For most of U.S. history, sports betting was rare.

Some people certainly bet on sports illegally via a bookie, or placed bets in the few places where it was legal, such as Nevada.

However, gambling policy took a sharp turn in 2018, when the Supreme Court decided that each state in the U.S. had the right to legalize or prohibit sports wagering as they saw fit.

The effects of this ruling were swift, with many states introducing legislation to legalize sports betting within months. Four years later, more than 30 states have legalized sports betting, and many more are working to legalize it in the immediate future.

This wave of legalized sports betting has opened the floodgates for new gambling opportunities. Not surprisingly, many Americans have expressed concern that the burgeoning access to sports wagering will create an influx of people with new gambling problems.

We’re clinical psychologists and professors who research behavioral addictions such as compulsive sexual behavior disorder and gambling disorder. Recently, we’ve begun a new line of research into sports wagering in the U.S. Our initial findings highlight how many Americans are gambling on sports, as well as the demographic most likely to do so.

The many forms of sports betting

Before talking about that study, it’s important to clarify what we mean when we talk about sports betting. Like most other types of gambling, it can take many different forms. Traditional sports betting refers to betting on the outcomes of sporting events. These bets could be placed on who wins a game, how many points the game was decided by, or the game’s total combined score.

Beyond the traditional form, sports betting can also involve betting on esports, which is professional, competitive video game play. It may also involve paid fantasy league play, which refers to people “drafting” virtual teams of players and competing against other participants’ virtual teams over the course of a sports season.

Finally, sports betting may also involve participating in daily fantasy league play. This form of betting is similar to regular fantasy leagues, but players select new teams weekly and compete week to week, rather than throughout a whole season.

In early 2022, we embarked upon a long-term research project to study who is gambling on sports in the U.S. and how their gambling behaviors change over time.

We surveyed these two samples, asking them about their sports betting behaviors and a range of other mental health concerns. We also asked about symptoms of gambling disorder, which is an addictive disorder characterized by excessive or out-of-control gambling behavior.

We have just published our first round of findings from the early stages of this work.

In this initial paper, we tried to identify who was most likely to gamble on sports and how sports gambling related to problem gambling. Importantly, we did not just ask these people if they had “bet on sports.” We also asked about participating in fantasy sports, daily fantasy sports leagues and betting on esports.

In short, sports betting is still a relatively rare activity in the U.S., and our data does not necessarily show increases from prevalence rates 20 years ago.

Finally, we examined whether sports betting was related to symptoms of gambling disorder. Again, our results were quite clear: Traditional sports betting, daily fantasy league play, and betting on esports were all associated with much higher odds of being categorized as a moderate or high-risk gambler.

Simply put, these forms of sports betting are risk factors for also having problems with gambling.

An eye toward the future

Taken together, our findings do not necessarily suggest that sports betting is resulting in a wave of new gamblers across the country. Also, among those who do bet on sports, most seem to be doing so without ill effects.

As both researchers and clinicians, we are especially worried about this possibility: Any increase in people seeking help for gambling disorders could overwhelm the nation’s treatment centers, which already find themselves overextended and underfunded.

For this reason, we believe it’s important to quickly identify people who are at risk of developing gambling problems. This is one of our main objectives in our ongoing study of sports wagering. By identifying who is most likely to develop a gambling problem, we hope to influence policymakers and gambling industry professionals to help introduce safeguards protecting those at risk. 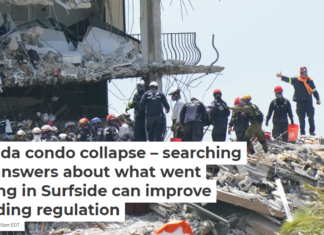 Florida condo collapse – searching for answers about what went wrong...