The year 2017 marked the 10th anniversary of the iPhone. Five years ago, for the first time, over 50 percent of Americans owned a smartphone. Today, it’s 77 percent.

The benefits of smartphones are manifest: They serve as radio, TV and camera; cookbook, newspaper and novel; messenger, map and matchmaker. They’re a constant companion, resting on our nightstand when we go to sleep, and even keeping us company when we go to the bathroom.

Many of us couldn’t imagine life without them.

But only recently have researchers started to explore the long-term effect of smartphones on our lives. With studies exploring the relationship between smartphone use and mental health, sleep, learning and romance, articles we published this year create a more nuanced portrait of the device.

From phantom buzzes to phubbing

University of Michigan research scientist Daniel J. Kruger was surprised to learn that 80 percent of college students were experiencing “phantom cellphone buzzes” – the sensation that their phone was vibrating in their pocket and alerting them to a call or a text, when, in fact, nothing of the sort had occurred.

To Kruger, it sounded eerily similar to what happens to addicts:

“One of the features of addictions is that people become hypersensitive to cues related to the rewards they are craving… So might the same thing happen to people who crave the messages and notifications from their virtual worlds?”

In his study, he found that those who tended to use their phones as an emotional crutch – much in the same way a drug user will turn to drugs to make himself feel better – did, in fact, experience more phantom buzzes.

This emotional reliance might explain why we feel so anxious when we’ve accidentally left our phone at home. Or why, when we’re in a stressful situation, we’ll retreat into our phones. In fact, it’s so easy to disappear into news and social media feeds that the average American checks his or her smartphone once every six-and-a-half minutes, or 150 times a day.

Baylor University marketing professor Jim Roberts wanted to know what sort of effect this constant checking was having on romantic relationships. He even came up with a word for the phenomenon: phubbing (a combination of “phone” and “snubbing”):

“Most know what it’s like to be phubbed: You’re in the middle of a passionate screed only to realize that your partner’s attention is elsewhere. But you’ve probably also been a perpetrator, finding yourself drifting away from a conversation as you scroll through your Facebook feed.”

Roberts’s participants reported that phubbing was a source of tension in their relationships because it sent a clear signal that their partners were choosing their smartphones over them. Fights over smartphone use often ensued.

“Something as seemingly innocent as using a smartphone in the presence of a romantic partner undermines the quality of the relationship,” he concluded.

The kids aren’t all right

San Diego State psychology professor Jean Twenge has studied the differences between generations like baby boomers and millennials. Over the past few years, she’s been particularly interested in “iGen” – those born after 1995, and the first generation of kids to spend their entire adolescence with smartphones.

This past year, she published a book detailing some of her findings. They weren’t pretty:

“Between 2010 and 2015, the number of U.S. teens who felt useless and joyless – classic symptoms of depression – surged 33 percent in large national surveys. Teen suicide attempts increased 23 percent. Even more troubling, the number of 13- to 18-year-olds who committed suicide jumped 31 percent.”

The economy was good. Teachers weren’t assigning more work. Teens weren’t swamped with extracurriculars. However, just as teen depression and suicide began to increase, smartphone ownership crossed the 50 percent threshold. By 2015, 73 percent of teens had access to a smartphone.

It’s hard to pinpoint exactly why deteriorating teen mental health could be linked to smartphone use. But Twenge did note that teens with a smartphone are spending less time hanging out with their friends, and she highlights a spate of recent studies showing how time spent on social media has an adverse effect on mental health.

Less sleep, which is a major risk factor for depression, might also explain teens’ growing mental health issues. In a recent analysis of two large national surveys, Twenge found that the number of U.S. teens who reported sleeping less than seven hours a night jumped 22 percent between 2012 and 2015.

“[By 2015], 43 percent of teens reported sleeping less than seven hours a night on most nights – meaning almost half of U.S. teens are significantly sleep-deprived,” she wrote.

Again, smartphone use seems to be the X factor. Twenge found that the more time teens spend on their phones, the less sleep they’re likely to get.

Teachers have certainly recognized the distraction smartphones pose, and many ban them in the classroom. At the same time, more and more schools across the country are replacing traditional textbooks with digital versions.

While students tend to prefer reading from screens, University of Maryland’s Patricia Alexander and Lauren Trakhman wanted to know how this influenced their ability to retain information.

In a series of studies, they found that students read faster on screens, but their ability to recall specific facts suffered. (They suspect it has something to do with the disruptive effect scrolling has on comprehension.)

However, they’re not trying to stop the march of progress, and “don’t want to downplay the many conveniences of online texts, which include breadth and speed of access.”

Rather, they want to emphasize that printed texts still have “value for learning and academic development.”

When digesting these recent studies on smartphones, the same approach could be applied. Smartphones aren’t going anywhere, and these findings don’t mean you should throw your smartphone away.

But for all of the ways the smartphone has made our lives easier, the technology can clearly undermine our ability to thrive, whether it’s building relationships or getting a good night’s sleep.

It’s all the more reason to become cognizant of how, when and why we’re using our phones. 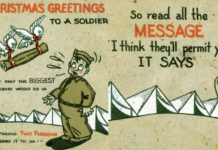 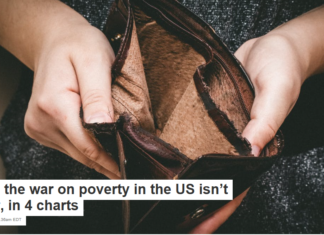