Every day about 100 people die in car crashes on U.S. roads. That death toll is a major reason why both Congress and the Trump administration are backing automotive efforts to develop and deploy self-driving cars as quickly as possible.

However, officials’ eagerness far exceeds the degree to which the public views this as a serious concern, and overestimates the public’s willingness to see its driving patterns radically altered. As those of us involved in studies of technology and society have come to understand, foisting a technical fix on a skeptical public can lead to a backlash that sets back the cause indefinitely. The backlash over nuclear power and genetically modified organisms are exemplary of the problems that arise from rushing technology in the face of public fears. Public safety on the roads is too important to chance consumer backlash.

I recommend industry, government and consumers take a more measured and incremental approach to full autonomy. Initially emphasizing technologies that can assist human drivers – rather than the abilities of cars to drive themselves – will somewhat delay the day all those lives are saved on U.S. roads. But it will start saving some lives right away, and is more likely to avoid mass rejection of the new technology.

Most Americans are indifferent to what officials and safety advocates see as a serious problem. They react in horror to the deaths of even a few dozen passengers in a relatively infrequent airline crash but think little about the 100 lives lost daily from driving. The rewards from driving, such as personal freedom and convenience, overwhelm fears. In fact, most people believe their driving skills are better than average, making them more likely to think they’ll avoid the tragedies that befall others.

As a result, the push for autonomous driving on the basis of improved safety is a solution to a situation the public doesn’t consider a serious problem. We know from the studies of psychologist Paul Slovic that the public is very uncomfortable with novel technologies that cede human control to machines. This is particularly true, in a phenomenon called “betrayal aversion,” when the benefits of technologies are overpromised and reality doesn’t appear to be consistent with those expectations. Unless self-driving cars can dramatically reduce fatalities, the public may remain skeptical.

Another survey found that only 15 percent of people would prefer autonomous vehicles to traditional human-driven cars. It’s true that some groups (men, people with more education and people under 45) are less worried than others, but these differences of opinion are less significant than the overall public view. Aside from simply the fear of being in these vehicles without the option of control, much of the American public still relishes the joy of the driving experience.

Public fears may ease as people become familiar with self-driving cars, but this experience needs to be gained gradually over time. The mental chasm between having complete control over the vehicle to the complete absence of control is huge. Consumer advocates are already warning public officials that federal laws and rules designed to hasten the movement to autonomy are too permissive, and risk triggering a public backlash.

A steady stream of crashes, both serious and minor, would simply reinforce public fears that self-driving cars are not safe. The media, sensitive to these fears, will be eager to cry betrayal when there is a contradiction between these accidents and the technology’s rationale. And politicians, wanting to be seen as protectors of public health, may promote a new “Make America Drive Again” movement.

To avoid public backlash or overreaction, industry and government should not rush, but rather move more deliberately toward deploying fully autonomous cars on U.S. roads. There is still much the industry can do in terms of cutting-edge technology to assist drivers. Innovations such as adaptive cruise control and automatic emergency braking already have considerable public support and will work to acclimate the public to more advanced stages of driver autonomy.

Government and industry are right to continue inventing and innovating technologies that can contribute to autonomous vehicles. But rather than racing to get self-driving cars on U.S. roads, they should slow the rollout down to a pace the public can adjust to. That way, the safety benefits can be both real and long-lasting. 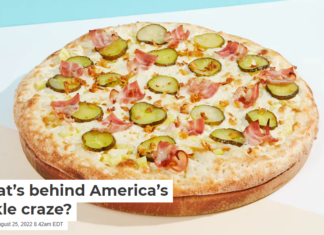 How understanding animals can help us make the most of artificial...

You should talk about politics this Thanksgiving – here’s why, and...