You can run a marathon, fly over foreign lands, fight to the death with a two-headed dragon … all while you lie peacefully in your bed. This is the beauty of rapid eye movement (REM) sleep, where most of our dreaming occurs – our minds are active but our bodies are paralysed.

And just as well. When our body is paralysed it keeps us, and those around us, safe while we dream.

Unfortunately this protective mechanism seems to break down in the nightmares of some people who develop post-traumatic stress disorder (PTSD), causing them to enact aspects of their dreams while they’re sleep.

This phenomenon has long been recognised, with vivid descriptions found in literature over hundreds of years. Take Shakespeare’s Henry IV, in which Lady Percy says to Hotspur:

In thy faint slumbers I by thee have watch’d
And heard thee murmur tales of iron wars;
Speak terms of manage to thy bounding steed;
Cry “Courage! to the field!” And thou hast talk’d
Of sallies and retires, of trenches, tents,
… Of prisoners’ ransom and of soldiers slain,
And all the currents of a heady fight.

Why is it a problem?

Acting out your dreams can be particularly concerning when they involve replays of actual traumatic experiences, or equally frightening related events. It can mean, for example, that the person acts out dreams of being attacked, engaging in combat, or fleeing from a bushfire. Typically, arms and legs thrash about, the person may yell and scream, and in some cases, unintentionally assault their sleeping partner.

Not surprisingly, PTSD sufferers often wake from sleep with the covers torn off, or may even find themselves on the floor. Some remember in precise detail what they’ve dreamt; while others wake with no memory of a dream, but have intense emotions of fear, horror or anger, as though the trauma has just occurred.

Such severe sleep disturbances are very distressing to both the people suffering PTSD and their partners, who often resort to sleeping in separate beds, afraid of being harmed during a violent dream.

Although post-traumatic dreams have been recognised for centuries, we know surprisingly little about them. Psychophysiological studies, recording electroencephalogram (EEG) and electromyography (EMG) activity associated with post-traumatic dreams, have proven difficult because these dreams don’t tend to occur in a sleep laboratory environment. This may be because of the perceived safety of that environment, with the presence of sleep technicians, allowing the person with PTSD to let their guard down, relax their usual hyper-vigilance and get a good night’s sleep.

At the most basic level, there is debate about whether the post-traumatic dreams of PTSD should be considered dreams at all, given their recurrent nature.

Freud, for example, could not reconcile the recurrent nightmares of returning World War I soldiers with his theory of dreams as wish fulfilment. He argued these nightmares were better understood as the psychological phenomenon of “repetition compulsion” – the attempt to psychologically master overwhelming experiences by returning to them again and again.

Similarly, the contemporary theory that dreams serve an adaptive function in the processing of emotional experience cannot explain the repetitive dreams of PTSD, leading to the conclusion that they are better understood as intrusive symptoms of PTSD rather than dreams. This would certainly explain the associated bodily movement – intrusive symptoms of PTSD can include trauma-related thoughts, emotions, and physiological and behavioural responses.

But the conclusions of dream theorists have not been put to an empirical test. An alternative explanation is that post-traumatic dreams share many of the features of normal dreams, with the accompanying body movement explained by other factors such as a REM abnormality (overriding the normal body paralysis during REM) or the dreams occurring in non-REM sleep (when the body is not paralysed).

Imagery rehearsal (IR) is an emerging treatment for the post-traumatic nightmares of PTSD. This involves helping the person to plan a change in the storyline of their nightmare in order to increase their sense of mastery or control, and then mentally rehearsing the new dream before going to sleep.

A pilot study undertaken by the Australian Centre for Posttraumatic Mental Health (ACPMH) at the University of Melbourne, in collaboration with Austin Health, found that IR was effective in ridding a majority of Vietnam veteran participants of their recurrent nightmares of 30-plus years. ACPMH is now is now trialing imagery rehearsal therapy with returning US Iraq and Afghanistan veterans through Philadelphia VA Medical Centre and University of Pennsylvania.

So we know that IR works for people without PTSD who have recurrent nightmares and, as the research builds, there is growing confidence it also helps those with PTSD.

But at this stage, the first-line treatment for people with nightmares as part of their PTSD remains trauma-focused therapy, which targets the overall condition. IR would normally only be considered in cases where nightmares persist following this established evidence-based treatment for PTSD. 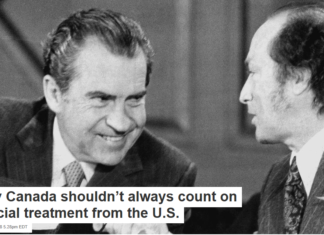