Heat waves can be deadly, especially when they combine high temperatures with elevated humidity levels that make the air feel even hotter. The impacts can be especially strong in cities, which often are several degrees warmer than nearby rural areas due to the urban heat island effect. These three articles from The Conversation’s archives describe steps that communities can take to adapt as climate change makes heat waves more frequent and intense.

Emergency cooling centers are one way to mitigate the effects of heat waves, but cities need to do more. Nick Rajkovich, assistant professor of architecture at the University at Buffalo, has worked with planners around Cleveland to understand how they prepare for hot weather. Strategies there include planting more trees and shrubs, which provide shade and cool the air; weatherizing buildings with window shades and light-colored, reflective materials; and preparing emergency kits for power outages that include food, water and radios.

Most importantly, in Rajkovich’s view, different agencies and organizations need to talk to each other and plan together so they can take complementary steps.

“In Cleveland, preparing for extreme heat events has brought professionals together and encouraged overlapping approaches because no single strategy is foolproof,” he observes. Officials “should pursue multiple solutions rather than looking for one ‘best’ option.”

Many types of green infrastructure can help neighborhoods withstand the impacts of severe weather. For example, permeable paving and rainwater harvesting are two tools for managing flooding and reducing stormwater runoff.

Notre Dame University climate scientist Ashish Sharma has researched use of green roofs, covered with drought-resistant plants, to cool hot urban areas. In a study in Chicago, Sharma and his team determined that low-income neighborhoods on the city’s south and west sides would benefit most from installing green roofs because doing so would make them less vulnerable during blackouts:

“When temperatures spike in cities, electricity use rises sharply making it hard for utilities susceptible to power outages. When the lights go out, critical services such as drinking water, transportation and health care can be jeopardized. And poorer people, whose neighborhoods tend to be the hottest, can be the most at risk.”

By lowering rooftop surface temperatures, green roofs keep buildings cooler. This would enable residents to reduce their use of air conditioning, saving them money and easing strain on the local power grid during peak demand periods.

3. Design streets for a changing climate

Most U.S. city streets are designed with a focus on the needs of drivers, and sometimes far in second place, pedestrians. But Anne Lusk, a research scientist at the Harvard T.H. Chan School of Public Health, calls for “designing green streets for bicyclists, pedestrians, bus riders and residents who live on transit routes, as well as for drivers.”

Trees and cycle tracks would be central features of these streets, configured in ways that make pedestrians and cyclists feel safe from automobile traffic. The trees would serve as barriers while cooling neighborhoods and absorbing air pollutants. And well-designed bike paths would remove cars from the road, reducing air pollution and greenhouse gas emissions.

In surveys, respondents told Lusk that designs with trees and bushes between cycle tracks and the street best blocked their view of traffic, lessened their feeling of being exposed to pollution and made them feel cooler. Lusk also spotlights ways to offset climate-related stresses on trees, such as redesigning street drainage systems to direct water to trees’ roots. 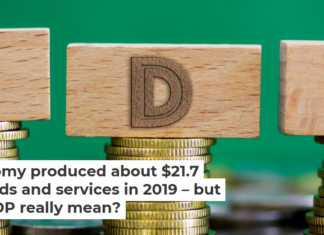 The US economy produced about $21.7 trillion in goods and services...