For years, conventional wisdom held that growing older tends to be bad news for brains. Past behavioral data largely pointed to loss in cognitive – that is, thinking – abilities with age, including poorer memory and greater distractibility. Physical measures of brain structure also showed atrophy, or loss of volume, in many regions with age.

Enter cognitive neuroscience, a subfield of psychology that incorporates methods from neuroscience. It uses measures of brain activity to understand human thought. The emphasis is on how the brain shapes behavior, asking questions like which brain regions help us form accurate memories or what area controls face perception.

Using cognitive neuroscience methods to study aging has unexpectedly revealed that, contrary to previous thought, aging brains remain somewhat malleable and plastic. Plasticity refers to the ability to flexibly recruit different areas of the brain to do different jobs. In contrast to the earlier, largely pessimistic view of aging, neuroimaging studies suggest aging brains can reorganize and change, and not necessarily for the worse.

Researchers investigate which parts of the brain are engaged during different tasks using methods such as functional magnetic resonance imaging, which measures blood flow to various areas of the brain while active. By tracking what happens inside the brain during particular activities, neuroimaging data reveal patterns of change with age. For instance, older adults sometimes use a region in both the left and right hemispheres of their brains to perform certain tasks, while young adults engage the region in only one half of the brain. Older adults also appear to activate more anterior regions of the brain whereas young adults exhibit more posterior activation.

The emergence of the cognitive neuroscience of aging occurred alongside advances in the understanding of neurogenesis; neuroscientists discovered that the growth of new neurons could continue throughout life, not just when we are very young. It is still unknown to what extent new neurons contribute to behavioral and brain changes with age. But there is some evidence in rodents that new learning and enriched, stimulating environments increase survival of new neurons potentially allowing the new neurons to contribute to abilities and even improve health.

Stimulating the left side of his brain generates movement in the right hand.
Eric Wassermann, M.D., CC BY

One exciting new direction for research on the aging brain uses neurostimulation to temporarily activate or suppress distinct neural regions. With transcranial magnetic stimulation, a coil is held over a participant’s head. Participants may be able to feel some stimulation on the scalp when the coil is turned on. Transcranial direct current stimulation is an even more surprising technique, with current administered from a 9V battery. These methods are non-invasive, simply involving holding a device over a person’s head or attaching electrodes to the scalp, and are quite safe when operated within guidelines.

They allow us, for the first time, to manipulate brain activity in a healthy, functioning person. Other neuroscience methods allow neurons to be turned on or turned off using pharmacological, genetic, or other methods, but such manipulations can’t ethically be applied to humans. While neuroimaging methods allow us to view which brain regions are active while performing cognitive tasks, we haven’t been able to test whether those brain regions cause, or are critical for, those tasks.

Shocking results! Older subjects did almost as well as young ones when their brains were direct current stimulated.
Science/AAAS, Author provided

The ability to manipulate brain regions – temporarily and safely – allows for new types of tests that couldn’t be done before. For example, stimulating the frontal cortex – the brain region behind the forehead – can decrease errors on cognitive tests. When older adults in one study were asked to give examples of items that fit into different categories, they made mistakes under time pressure. Administering transcranial direct current stimulation decreased the number of errors committed by older adults, bringing them close to the level of performance of younger adults.

Neurostimulation offers much promise to further understanding of how the brain works in aging people, but there are many limitations. The spatial area affected by neurostimulation is not very precise as the scientist passes the coil over the subject’s head. Many regions cannot be targeted because they’re located deep within the brain, particularly problematic for studying memory. And activating some regions can cause discomfort for participants, such as twitching induced in the area of the forehead.

It’s not all downhill

Much of our understanding of aging brains has thus far focused on declining cognitive abilities. But there is some evidence that social and emotional abilities are relatively well-preserved with age. Older adults seem to be just as good at forming impressions of others and are even better at regulating or controlling their emotions than younger adults.

This suggests that brain regions underlying these abilities may not exhibit the same downward trajectory with age as those associated with cognitive abilities; these brain areas may show different patterns of reorganization and change.

Should these abilities be better preserved with age, they could be harnessed to develop effective memory strategies. For instance, emphasizing the motivational, personal and emotional significance of information to be remembered could help older people’s memories. Much research remains to be done on these questions.

Older brains’ plasticity suggests they could benefit from training programs and engaging, immersive experiences such as learning new skills like quilting or digital photography. Such a finding would have profound implications for the large population of active seniors who wish to stave off age-related cognitive decline.

While research is flourishing on a number of potential programs that could positively affect brain health – including physical exercise, cognitive regimens and engaged, social lifestyles – caution is warranted. For example, researchers warn there is little scientific evidence of the effectiveness of brain training software – so-called brain games – to date.

The aging brain has proven to be much more dynamic than early research would have suggested. Advances in research methods and widening the range of questions under investigation will further enhance our understanding of how the brain changes and adapts across the lifespan. With luck, this knowledge will reveal ways to harness plasticity to better support cognition as we age.

Angela Gutchess has current funding from NSF and the Alzheimer’s Association. Past funding was received from NIH and AFAR. 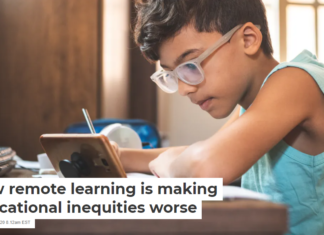 Who are the Sufis and why does IS see them as...