By Jennifer Hunt, University of Sydney

The Australian Financial Review recently trumpeted America’s “re-emergence as a world oil power”. It is an accomplishment four decades in the making and its success is still under debate.

Energy security, or “energy independence”, appeared suddenly on America’s national security agenda in the 1970s, in the wake of the oil embargo that drastically interrupted daily life for Western consumers.

Although the images of (now vintage) cars snaking around city blocks in the queue for rationed imported fuel seem a distant memory, the legacy of the oil crisis is still with us.

When fuel pump prices increased by 400% overnight in October 1973, it wasn’t the result of market forces but of a powerful oil cartel. The Organisation of the Petroleum Exporting Countries (OPEC) – which included Iraq, Iran, Kuwait, Libya, Qatar, Saudi Arabia, the United Arab Emirates, Venezuela, Nigeria, Ecuador, and (before it became a net importer) Indonesia – was formed as a bargaining bloc to counter the influence of Western oil companies.

When oil-exporting states used this new economic leverage for political aims, it ensured that oil would never again be viewed as a simple commodity, but as a potentially dangerous weapon.

The oil crisis began when the Arab members of OPEC, plus Egypt, Syria and Tunisia (known as OAPEC – the Organisation of Arab Petroleum Exporting Countries) announced an embargo to protest the West’s support of Israel in the Yom Kippur war. Ministers agreed to raise the price of crude oil by 70%, cut production, and embargo oil exports to the United States, the United Kingdom, the Netherlands and Japan.

It had a crippling effect on the West. In the United States, gasoline was rationed, daylight saving was put into effect year-round, and the national speed limit was cut (permanently, it seems) from 70 miles per hour (112 km per hour) to 55 mph (89 km/h) to increase fuel economy.

Oregon turned off all hot water in state buildings, and snowy Alaska only ploughed half of parking lots, to force carpooling. Some towns even banned Christmas lights as part of a “Don’t be Fuelish” campaign.

President Richard Nixon encouraged Americans to make do with less – a theme that was still relevant almost four years later, when President Jimmy Carter went on national television in a cardigan to encourage Americans to turn their heating down.

The oil embargo brought the consequences of US foreign policy to bear on the daily lives of ordinary citizens. Kuwait and Saudi Arabia attempted to reach out to this audience through an “Open Letter to the American People” published in the Washington Post and The Los Angeles Times but the message received was quite different: imported oil was a liability.

In Europe the pain was even worse, as the embargo and price increase exacerbated already high costs. Sweden rationed heating oil over the winter. The Netherlands introduced prison sentences for excessive electricity use. In parts of Europe and the United Kingdom, driving, flying and boating were prohibited on Sundays (leading to photos of people picnicking, rollerskating, cycling and riding horses on deserted freeways).

Though these measures are gone, some of the impacts of the crisis are still with us today.

The embargo prompted a rapid change in attitudes towards energy conservation and spurred alternative energy investment. Energy-conservation efforts built on the growing environmental movement were championed as a pragmatic national security move, by both the left and the right. Meanwhile, massive investments were made in solar, nuclear and wind energy programs (at least until the mid-1980s, when oil prices plummeted).

It also changed how we design our houses and appliances. As late as the 1970s American homes were constructed with little thought to energy efficiency. Houses typically had leaky, single-glazed windows, no wall insulation, and inefficient shower heads, taps and appliances. By the 1980s, double-glazing was standard, walls and roof spaces were insulated, and programmable thermostats were becoming commonplace.

In 1973, the situation was anything but regular for American motorists.
David Falconer/Wikimedia Commons

Interestingly, Australia, which was not part of the oil embargo, fared differently (and because of the Bass Strait oil discovery in the 1960s was almost self-sufficient). Between 1971 and 2009, energy efficiency (or “energy productivity”) for OECD nations nearly doubled, while Australia’s increased by only 23%, and is now roughly on a par with China.

The crisis may have even shifted national trajectories. Brazil pioneered the introduction of ethanol in gasoline, while the Japanese government directed a shift from oil-intensive industries into the nascent electronics industry.

The articulation of energy security as a US national security goal was the most ambitious and long-term result of the oil crisis. President Nixon aimed to achieve domestic self-sufficiency within a decade, weaning his nation off the “addiction” of foreign oil. This mantra still continues today, despite the fact that most US imports now come from Canada.

The resulting safeguards aimed at smoothing disruptions and keeping domestic supplies in the home market are still in place. In the aftermath of 1973, the United States coordinated the establishment of the Paris-based International Energy Agency, whose members must keep 90-day stockpiles of fuel in reserve (Australia is the only member not currently meeting this commitment).

US bans on crude oil exports still remain, and the recent oil exports from Texas to South Korea (the first non-Alaskan US crude oil export since the embargo) were only made possible by reclassifying ultralight oil as processed “fuel”.

Meanwhile, energy independence has become a contested goal. The United States is set to become the world’s largest oil producer this year (by some calculations it already has), but at the expense of opening up federal land for exploration and deploying new, invasive extraction techniques.

Even the phrase “energy independence” has taken on a politically confrontational aspect. Saudi Prince Turki Al-Faisal argued in 2009 that the term is “little more than code for arguing that the United States has a dangerous reliance on … Saudi Arabia, which gets blamed for everything from global terrorism to high gasoline prices”.

Forty years after America was brought to its knees over foreign oil, it remains to be seen whether the goal of energy independence has been achieved – and if so, at what price.

Jennifer Hunt does not work for, consult to, own shares in or receive funding from any company or organisation that would benefit from this article, and has no relevant affiliations. 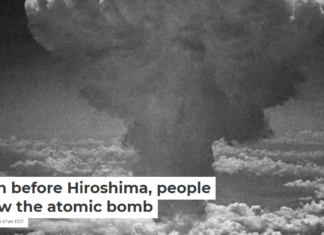