A prime driver of human progress has been trade, in both goods and ideas. Isolation, in contrast, leads to stasis, suspicion, even regression. As Matt Ridley described in The Rational Optimist, when the land bridge connecting Tasmania to Australia vanished under rising seas at the end of the last ice age, the resulting isolation from larger continental populations evidently contributed to the erosion of Tasmanian aborigines’ knowledge of bone technologies like fish hooks and sewing needles.

Now the rapid expansion of light-speed global connectedness is explosively facilitating the sharing and shaping of ideas in ways that promise to fast-forward humanity’s ability to get the right information or expertise to the right place or problem at the right time.

In the past, indigenous peoples like Tasmania’s aborigines found themselves assailed but out of sight and helpless. Helped by Google, the Surui tribe in the Brazilian Amazon, facing encroaching deforestation, has been using laptops and satellite connections to demarcate territory, record traditions and expose illegal activity.

In many developing countries, mobile phones and related tools like video gear are leading to remarkable advances in peer-to-peer training. A century ago, the grange hall and extension services facilitated the spread of best practices among dispersed farming communities in the United States. In India, the capacity of agricultural extension agents to reach some of the country’s 120 million farming households has grown enormously through a video-sharing portal called Farmerbook, a product of Digital Green.

There’s plenty going on in industrialized countries, as well, of course. Telemedicine – essentially Skype on steroids – now allows a highly trained stroke neurologist in Phoenix to help diagnose a patient at a clinic on a rural Indian reservation. I became familiar with this technology in 2011 while recuperating in a suburban hospital from my own (very lucky) stroke, which might have been substantially mitigated if a specialist had been reachable via a video link. As I later wrote, I’d rather have a virtual stroke specialist than no stroke specialist.

Considered in this context, innovations in communication technologies and techniques appear to be just as vital for fostering sustainable human progress as a better battery or water filter or crop variety.

Technology alone can only do so much

And I’m not just talking about hardware innovations like a better smartphone or other device. The impediment to better stroke care, for instance, is not technology so much as bureaucratic inertia. In most parts of the United States, antiquated Medicare rules require a doctor to be at a patient’s bedside to be reimbursed.

Of course, none of this is relevant if you don’t have Internet access. There is still a digital divide that locks more than a billion people in what some call information poverty – a state of existence without ready access to vital information facilitating good health, a chance for a decent education, a job prospect.

But that divide is quickly being overcome. A prime driver is the spread of mobile phones, a fourth of which are now smartphones. The number of cell phone subscriptions is fast approaching 7 billion – the population of people on the Earth.

Bandwidth restrictions are also being surmounted, sometimes in surprising ways. In the runup to the 2010 World Cup in South Africa, a private venture, Seacom, laid fiber optic cable from Johannesburg to Europe to guarantee high-definition broadcasts of the games. But that information pipeline now is being tapped by countries along Africa’s east coast, driving down the cost of Internet access.

There’s a down side to all this connectivity, of course. Osama Bin Laden’s acolytes organized their attacks through Internet cafes. The group calling itself the Islamic State has used horrific videos of decapitations to recruit new warriors. YouTube and blogs have been used to foment falsehoods or distort arguments around issues like global warming. And of course marketing wizards are adept at using the same tools to sell hyper-consumption. There’s no better evidence of this than what’s called a “promoted trend” on Twitter.

We can use technology as a force for good

In the final analysis, new communication tools – like anything else, from a vehicle to a rifle – are a means of amplifying the impact or effectiveness of those employing them. That means they will only be a force propelling a sustainable human relationship with the planet if used with that end in mind.

And that means there are great opportunities, particularly in education, for fostering a culture of constructive communication with a better planet in mind. At Pace University, I launched a course in 2010 called Blogging a Better Planet and I co-teach a documentary production course in which each student film since 2010 has told the story of people trying to forge environmental and social progress – from a shrimp farmer cutting pollution in Belize to an organization trying to improve the lives of slum dwellers in Rio de Janeiro.

A variety of thinkers in the last couple of centuries have foreseen a time when the human species eventually overcomes its tribal and myopic tendencies and embraces the reality that it is in fact a single, if variegated, community inhabiting a shared, if planet-size, home. Only when that transition occurs, so the notion goes, is there a chance of resolving “commons” issues like limiting chances of dangerous human-caused climate change; trimming the billion-person tail off the curve of deep poverty that (along with dysfunctional government) holds back progress in the South; or conserving the world’s eroding biological patrimony.

Here’s how Charles Darwin put it in “The Descent of Man,” first published in 1871:

As man advances in civilization, and small tribes are united into larger communities, the simplest reason would tell each individual that he ought to extend his social instincts and sympathies to all the members of the same nation, though personally unknown to him. This point being once reached, there is only an artificial barrier to prevent his sympathies extending to the men of all nations and races.

We are now in the process of overcoming that “artificial barrier.”

In the early twentieth century, one of history’s odd couples, the French Jesuit priest, philosopher and paleontologist Pierre Teilhard de Chardin and the Russian earth scientist and chemist Vladimir Vernadsky converged on the concept of “noosphere” – that an emerging global human intelligence would be a beneficial sheath for a thriving planet. I’ve been proposing a modern spelling beyond the Greek roots – “knowosphere.”

However you spell it, this prospect is real. 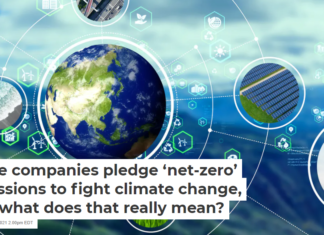 Is big data heading for its ‘horsemeat moment’?