Alan Rusbridger, who has announced that he is leaving the editorship of The Guardian after 20 years in 2015, will be remembered as one of that great newspaper’s greatest editors.

Always ahead of the game in keeping The Guardian vital and relevant, Rusbridger abandoned the broadsheet print format in 2005, adopting instead Berliner (smaller than broadsheet, larger than tabloid). At the same time, the title introduced new fonts and other design features, and the G2 tabloid supplement.

As the print edition of The Guardian, like other newspapers, lost circulation (though not by nearly as much as some), Rusbridger led a pioneering approach to digitalisation, or “digital first”, aiming to double its online user base. In March this year The Guardian passed the 100 million unique monthly visitor milestone.

A large part of the digital success of The Guardian can be attributed to its encouragement of user-generated content, through features such as Comment is Free.

The Guardian had one of the first news websites of any media company, and today remains a leader in the design and user-friendliness of its online content. It has long been one of the most successful online titles in the world, capitalising on a strong international reputation.

The Guardian launched an Australian online edition in 2013, and quickly rose to become a significant player in the Australian media market, as it had already done in the US. In Australia, as in the UK and elsewhere, its free access model presents a direct alternative to the paywalls of Rupert Murdoch’s News Corporation and many other media companies.

Even more impressive than his ability to lead The Guardian through digital transition with a skill and foresight equalled by very few of his competitors has been Rusbridger’s success in maintaining the company’s reputation for journalism of the highest quality. While excelling in lifestyle and culture coverage, the Guardian has had the most impact with its investigative work, breaking stories such as the Edward Snowden leaks, the WikiLeaks data dumps of 2010 and News International’s phone-hacking activities.

While most of the British media chose to downplay or ignore the story of how News International editors and journalists in London systematically violated ethical and legal obligations in pursuit of eye-grabbing headlines – as in the Milly Dowler case, coverage of which closed News of The World and scuppered a planned multibillion-pound takeover of Sky in the UK – the Guardian beavered away on the story, month after month and year after year, until it could be ignored no longer.

As editor during this period, Rusbridger can justifiably be described as the person who, more than anyone else alive, brought the more feral outposts of the Murdoch empire to heel. Investigative journalist Nick Davies did the hard yards in unravelling the scandal, but the editor was a key figure in providing the right work environment.

Murdoch won’t be sorry to see Rusbridger go, then, while Australian media companies remain nervous about the entrance of a dedicated Guardian edition to the news market down under. Rusbridger and the title he led have been key to the maintenance of a certain standard of journalistic independence and ethical integrity, not merely in the UK but all over the world.

He’ll be missed at The Grauniad, as we used to call it for its typos and misspellings, and he’s certainly a hard act to follow. 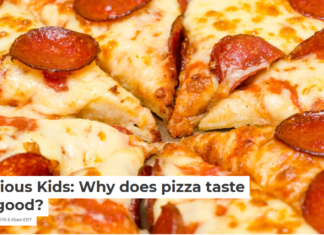 Staff Writer - October 31, 2019
Jeffrey Miller, Colorado State University Curious Kids is a series for children of all ages. If you have a question you’d like an expert to...