April 1, 2022, may go down as a pivotal day in the history of American unions.

In a result that could reverberate in workplaces across the U.S., the independent Amazon Labor Union – first formed in 2020 by Chris Smalls, an Amazon worker fired for protesting what he saw as inadequate COVID-19 safety precautions – got the better of the previously successful anti-union efforts of the online retailer. It means that Smalls’ warehouse in Staten Island, New York, will be the first to have a unionized workforce.

On the same day, Starbucks Workers United – an organization affiliated with Service Employees International Union – won yet another election, making it 10 out of 11 wins for the union since first succeeding in Buffalo in December 2021. This time, it was the chain’s flagship roastery in New York City that opted to unionize. The organizing campaign has now spread to over 170 Starbucks stores nationwide. Several more Starbucks elections will take place in the coming weeks.

Meanwhile, a re-run election at a Amazon factory in Bessemer, Alabama, will depend on the outcome of several hundred contested ballots. Even if Amazon wins, the Retail, Wholesale and Department Store Union has – at very least – came tantalizingly close in what was deemed a long-shot union vote.

Something is definitely happening in the labor movement.

A different kind of organizing

As a scholar of the labor movement who has observed union drives for two decades, what I find almost as striking as the victories is the unconventional nature of the organizing campaigns. Both the Starbucks and Amazon-Staten Island campaigns have been led by determined young workers.

Inspired by pro-union sentiment in political movements, such as Bernie Sanders’ presidential bids, Black Lives Matter and the Democratic Socialists of America, these individuals are spearheading the efforts for workplace reform rather than professional union organizers. Indeed, one would be hard pressed to find many experienced organizers among the recent successful campaigns.

Instead, the campaigns have involved a significant degree of “self-organization” – that is, workers “talking union” to each other in the warehouse and coffee shops and reaching out to colleagues in other shops in the same city and across the nation. This marks a sea change from the way the labor movement has traditionally operated, which has tended to be more centralized and led by seasoned union officials.

Perhaps more important than the victories at Starbucks and Amazon themselves are their potential for creating a sense of optimism and enthusiasm around union organizing, especially among younger workers.

The elections follow years of union decline in the U.S. – both in terms of membership and influence.

Prior to the COVID-19 pandemic, these recent labor wins would probably have seemed unimaginable. Powerful, wealthy corporations like Amazon and Starbucks appeared invincible then, at least in the context of National Labor Relations Board rules, which are stacked heavily against pro-union workers. Under NLRB rules, Amazon and Starbucks can – and do – force workers, on the threat of dismissal, to attend anti-union sessions, often led by highly paid external consultants.

Starbucks has said it has been “consistent in denying any claims of anti-union activity. They are categorically false.” But in March 2022, the NLRB alleged that the coffee chain had coerced workers, placed union supporters under surveillance and retaliated against them. Similarly Amazon – which has in the past advertised for analysts to monitor “labor organizing threats” has said it respects workers’ rights to join or not join unions.

Historic precedents show that labor mobilization can be infectious.

In 1936 and 1937, workers at the Flint plant of General Motors brought the powerful auto-marker to its knees in a sit-down strike that quickly inspired similar action elsewhere. In the reported words of a Chicago doctor, when explaining a subsequent sit-down strike by wet nurses in the city, “It’s just one of those funny things. They want to strike because everyone else is doing it.”

The pandemic has created an opportunity for unions.

After working on the front lines for over two years, many essential workers such as those at Amazon and Starbucks believe they have not been adequately rewarded for their service during the pandemic and have not been treated with respect by their employers.

This appears to have helped spur the popularity of the Amazon Labor Union and Starbucks Workers United.

The homegrown nature of these campaigns deprives Amazon and Starbucks of employing a decades-old trope at the heart of corporate anti-union campaigns: that a union is an external “third party” that doesn’t understand or care about the concerns of employees and is more interested in collecting dues.

But those arguments mostly ring hollow when the people doing the unionizing are colleagues they work alongside day in and day out.

It has the effect of nullifying that central argument of anti-union campaigns despite the many millions of dollars that companies often pumped into them.

This “self-organization” at Starbucks and Amazon is consistent with what was envisioned by the authors of the 1935 Wagner Act, the statute that provides the foundation of today’s union representation procedures.

“Upon this fundamental principle – that an employer shall keep his hands off the self-organization of employees – the entire structure of the act rests,” he wrote.“ Any compromise or weakening of that principle strikes at the root of the law.”

Over the past half century, anti-union corporations and their consultants and law firms – assisted by Republican-controlled NLRBs and right-wing judges – have undermined that process of worker self-organization by enabling union elections to become employer-dominated.

But for the long-term decline in union membership to be reversed, I believe pro-union workers will need stronger protections. Labor law reform is essential if the almost 50% of non-union American workers who say they want union representation are to have any chance of getting it.

Lack of popular interest has long been an obstacle to labor law reform.

Meaningful labor law reform is unlikely to happen unless people are engaged with the issues, understand them and believe they have a stake in the outcome.

But media interest in the campaigns at Starbucks and Amazon suggests the American public may finally be paying attention.

It isn’t known where this latest labor movement – or moment – will lead. It could evaporate or it may just spark a wave of organizing across the low-wage service sector, stimulating a national debate over workers’ rights in the process.

The biggest weapons that anti-union corporations have in suppressing labor momentum are the fear of retaliation and a sense that unionization is futile. The recent successes show unionizing no longer seems so frightening or so futile. 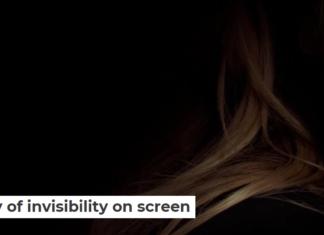 Staff Writer - February 29, 2020
Marc Longenecker, Wesleyan University What would you do if you could be invisible? Would this newfound power bring out the best in you, instilling you...