Anthony Bourdain might have been a celebrity chef, but viewers of his Emmy Award-winning travel show, “Parts Unknown,” didn’t tune in for curry and noodle recipes.

Cooking was simply the conceit Bourdain used to have a conversation about the culture, politics, struggles and triumphs of people around the world.

As a human geographer, I was drawn to how Bourdain upended the travel show genre, telling compelling and complicated stories about people and places most Western viewers tend to view through a lens of simplistic stereotypes or caricatures.

Even more remarkable, his work wasn’t relegated to obscurity. The show aired on CNN – a mainstream cable outlet with millions of viewers.

I was especially interested in the way the show depicted Africa, a continent Western media tends to portray using what novelist Chimamanda Ngozi Adichie famously called a “single story” – a monolithic narrative of poverty, backwardness and hopelessness.

So in a paper published last fall, I analyzed Bourdain’s Africa episodes, which took viewers to Congo-Kinshasa, South Africa, Tanzania, Madagascar and Ethiopia.

In them, he largely rejects the “single story” approach taken by much travel writing, and later travel television, since at least the 16th century. While the stories told about Africa in the West have changed over time, they’ve often lacked nuance and multiple voices – something Bourdain was eager to provide.

A ‘single story’ of horror and hopelessness

In the imaginations of many Westerners, Africa exists as a silent, docile, set piece – a contrasting “other.”

Sociologist Jan Nederveen Pieterse notes that for centuries – through deliberate lies and well-meaning mistakes – travel writers, missionaries and popular media outlets have wrongly depicted Africa as a place devoid of civilization, a frontier of wilderness and savagery.

Reality television and travel shows often deploy these tropes. Cultural anthropologist Kathryn Mathers has written widely on media depictions of Africa, suggesting that programs like “Survior: Africa” and Nicholas Kristof’s popular newspaper columns tell predictable stories of poverty and chaos with little effort to contextualize them within a larger history.

The dynamic voices of Africans – hardly a monolithic category – are often absent in these narratives. In the rare event they do appear, they’re often presented as people without politics who exist only to welcome tourists and protect rhinos. Intrepid conservation officers and overburdened health workers are favorite characters, along with the traditional leader, the street vendor and the small child in school uniform.

Cable news coverage of Africa also tells a “single story.” As Mathers wryly notes, when the continent does get coverage, the stories can be distilled down to the same topic: “the horrors of the hopeless continent, as seen on CNN.”

But Anthony Bourdain was also “seen on CNN.”

Beginning with his memoir, “Kitchen Confidential,” Bourdain built his persona as a speaker of unspoken truths. Likewise, he steered his travel show to “parts unknown” – or, more accurately, parts only known through incomplete tropes.

In each episode, Bourdain gives a brief historical overview to remind the audience that places are made by their histories. He doesn’t gloss over the difficult ones. For example, when explaining contemporary Congo, he implicates his American viewers:

“When the new country managed to inaugurate their first democratically elected leader, Patrice Lumumba, the CIA and the British, working through the Belgians, had him killed. We helped to install this miserable bastard in his place: Joseph Mobutu.”

When Bourdain is in Madagascar, he reflects on his own conflicted relationship to tourism and colonialism.

In Season 6, Ethiopian-born, Swedish-raised chef Marcus Samuelsson joins him in Ethiopia. Together, they explore the theme of home in the context of the African diaspora.

While one might criticize Bourdain’s perspectives, he could never be accused of taking a sanitized, apolitical approach.

In the episode on Tanzania, he visits a Maasai village – a common pit stop for travel shows about East Africa. But “Parts Unknown” rejects the stereotype that the Maasai are an isolated, backwards tribe that exists apart from the modern world.

When a villager learns that Bourdain was born in New Jersey, he tells the host that his son attends university there. The conversation picks up again later in the episode, when Bourdain and the Maasai man thoughtfully ponder globalization and the anxiety and opportunity of social change. Bourdain understands that his African hosts aren’t anchored to a static past. Instead, they are dynamic actors in a global economy.

Bourdain writes his own reflections into each script. In Madagascar, Bourdain reminds viewers that

“the camera is a liar. It shows everything. It shows nothing. It reveals only what we want. Often, what we see is seen only from a window, moving past and then gone. One window. My window. If you had been here, chances are you would have seen things differently.”

The episode then cuts to previously rolled footage but reedited in the style of Mathers’ “horrors of the hopeless.” It’s all done to show the ease with which dominant narratives are packaged and to emphasize that “Parts Unknown” seeks to convey something entirely different.

The greatest strength of “Parts Unknown” was its comfort with unknowns remaining unknown – its resistance to arriving at singular truths about complex places. Bourdain never claimed that the “artifice of making television” – as he called it – allowed more than “one window, his window.”

Yet it was an open window, a critical lens that helped his large audience disentangle the tropes so often served up by popular media. Bourdain was critical of the single story, critical of widely held stereotypes and perhaps most critical of his own position as a masterful storyteller. 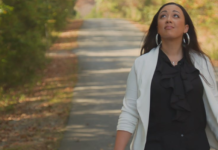 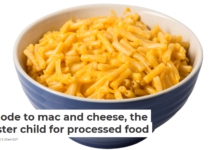 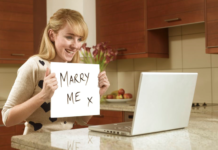 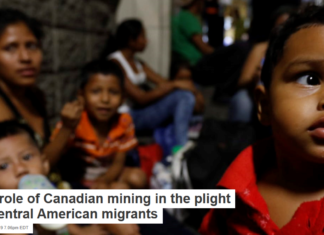 Staff Writer - August 17, 2019
Tyler Morgenstern, University of California, Santa Barbara In October 2018, a group of some 4,000 migrants set out en masse from Honduras, headed north toward...