Political polarization today is greater than it’s been in recent history – at least since the 1970s. To see that, one need only look at the current U.S. presidential election.

And whatever your political leanings, an overly divided country can hamper its progress, such as the ability to innovate or adapt to geopolitical risk.

Another trend that has emerged over the same period is the widening gap between the richest and poorest Americans. By some estimates, it’s the widest it’s ever been.

These two coinciding facts raise the tantalizing question: Did the rise of income inequality over the past three decades contribute to increased political polarization? Or is it the other way around? Or perhaps it’s just a coincidence that they both have climbed over the same 30-40 year period?

Chicken and the egg?

Unfortunately, causality – and its direction – can be very difficult to show, although intuitively we can see how either one might affect the other.

For example, greater income inequality may generate more polarization because disparities in earnings affect our priorities. It’s been argued that as we make more or less money, the issues we care about most change, as do how we feel about those issues.

On the other hand, greater polarization can generate gridlock in government, making it more difficult to pass legislation. If, for example, there are pressing issues, then greater dispersion in attitudes might make agreement more difficult. Inaction could, in theory, curtail efforts aimed at addressing inequality.

While both are plausible, my view is that the former mechanism is more likely – greater income inequality is leading to more polarization – because earnings inequality is not a transitory relationship. Rather, big differences in earnings takes years to develop, and the bulk of income inequality is explained by longer-run factors. For causality to work the other way, contemporary polarized voting patterns would have to be affecting inequality, which seems unlikely.

Furthermore, recent research in political science has also pushed back on conventional theories that polarization hinders the passage of policy.

Diving into the data

These questions prompted me to gather data from the Current Population Survey (CPS) and Gallup from 2008 to 2015.

The CPS is a survey frequently used by economists to understand changing demographics and employment outcomes throughout the U.S. economy with fresh snapshots every month. The Bureau of Labor Statistics uses the data to compile its monthly unemployment report.

Gallup, arguably the largest polling organization in the U.S., regularly surveys individuals on a range of issues, including their political ideology.

Before we go any further, we need to agree on some definitions. First, although political polarization does not have a uniform definition, I define it here as the fraction of people reporting that they are extreme liberal minus those reporting as extreme conservative, state by state. By taking the difference between the two opposite sides of the spectrum, the measure captures the dispersion that exist at a state level. In other words, the measure is not merely meant to pick up whether a state is Republican or Democrat, but rather the dispersion of attitudes.

Second, income inequality in economics is typically measured by the labor earnings gap between those at the top and bottom 10 percent (90-10 gap) or between the top 10 percent and the bottom 50 percent (90-50 gap). I’ll be using a version of that, which employs natural logarithms, here.

What the data show

Combining all these data, I found that states showing greater degrees of political polarization are associated with higher levels of of income inequality.

The states that have the greatest income inequality, like Washington, D.C., are also the states with the greatest polarization, according to these data. In fact, the 90-10 earnings gap over this 2008-2015 period explains approximately 27 percent of what we’re seeing in political polarization.

What could explain the economically and statistically significant relationship between income inequality and political polarization? To delve further into the possible mechanisms, I also extracted individual-level data from the American Time Use Survey, together with state-level data on unemployment rates.

The goal here is to understand how different dimensions of labor market outcomes – besides income inequality – might be related to polarization. One possibility, for example, is that the experience of underemployment generates apathy about the political and economic system. These experiences could affects individuals’ views about what parties should do for them.

The fact that areas with greater unemployment or underemployment also tend to be more polarized and, in particular, likely to lean extreme left suggests that an individual’s experience in the labor market could exert a strong influence on her political ideology. In other words, poor labor market outcomes might inflict more harm on a geography than just the direct impact on individual’s economic situation. They may also create a more polarized social and political environment.

With these results in mind, there are three caveats to consider. First, they are not necessarily causal. There are still statistical concerns about why we observe polarization and inequality changing in the data.

Second, while the data used here span from 2008 to 2015, the past decade may feature a very different relationship between inequality and polarization.

We all realize that greater inequality has tangible implications for who wins and loses in society. However, all these pieces of evidence suggest it may also induce more extreme political attitudes and ideologies.

For example, the popularity of “free college” among Bernie Sanders supporters – and the fact that it affected Hillary Clinton’s platform – reflects precisely this phenomenon, despite the fact that there was not any serious economic rationale behind it.

Political polarization can have a number of adverse consequences, ranging from difficulty in passing legislation to unpredictability in domestic and foreign policy.

Predictability is important for a number of reasons. For example, in monetary policy, having a predictable rule that governs how the Federal Reserve adjusts interest rates has been shown to positively affect economic activity (known as the Taylor Rule). Policy uncertainty can also help explain the economy’s booms and busts. And, finally, predictability and continuity in policy also affect the United States’ credibility abroad.

If my descriptive evidence here is right, it underscores the importance of serious policies aimed at tackling inequality in ways that raise everyone’s opportunity. That means focusing on how we can make the pie bigger, rather than how to better split it up.

And, by addressing income inequality, we might also indirectly help mend some of the political fractures that have emerged in recent years. 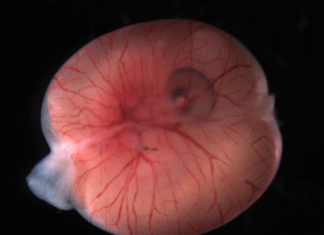 Staff Writer - March 23, 2017
Considering how different they look from the outside, it might be surprising that all vertebrates – animals with a backbone – share...