Everyone makes mistakes. And that includes the world’s biggest companies, which are reliably prone to gaffes, errors of judgment and wrongdoing.

Some of these moments could even be labelled as corporate scandals – the kind of incident which shoves firms into the spotlight and places their activities under detailed public scrutiny.

But do these events do lasting damage? Does an oil spill, fraudulent activity or other unethical behaviour really affect highly valued reputations, sales and market value?

Our research suggests not. In fact, our analysis of the effects of a wide variety of business scandals shows that only rarely is the effect as severe as we might imagine.

Instead, it seems the public has a strong tendency to forget and move on. And even initial unplanned (and at the time unwanted) attention can lead to greater brand awareness, proving the old adage that any publicity is good publicity.

Take the recent furore over Spotify. In early 2022, the world’s largest music streaming service was accused by science and health professionals of offering a platform for misinformation about COVID.

So what happened next? At first, there was a dip in the stock market price of about 12% when artists including Neil Young, Joni Mitchell and Graham Nash announced they were withdrawing their music from the service. This financial hiccup was followed by an immediate stock price rebound that is likely to climb beyond pre-scandal levels. Spotify went on to add disclaimers to its COVID-related content and removed some content.

So in the long term, this will probably turn out to be nothing more than a slight bump in the road for Spotify. As a business, it provides a hugely popular service and boasts 172 million premium subscribers around the world, 28 million of whom joined in 2020. How many of them will cancel their subscriptions and forgo access to their carefully curated playlists because Young and Mitchell have decided to walk?

And while it is true that the company’s business model relies on musicians and other content providers, the reality is that most artists cannot afford to not be on the platform. Giving Spotify the benefit of the doubt, it’s entirely possible it made an honest mistake and underestimated how sensitive some people have become to discussions about the pandemic. Customers will probably make peace with this.

Likewise, Netflix will doubtlessly survive recent controversies over some of its content, such as the British comedian Jimmy Carr’s comments about the Holocaust. With so many subscribers around the world attracted by the service’s wide range of content, Netflix is another example of an industry giant that can shrug things off.

And remember Facebook’s market collapse after it was linked to the personal data of millions of users being collected by the political consulting firm Cambridge Analytica? Don’t feel bad if you don’t, it lasted about seven seconds (OK, maybe seven days). The company then recovered all of the US$134 billion (£102 billion) it had previously lost in market value.

So what makes some scandals stick? In our research, we found that only certain scandals tend to have significant negative effects on corporate reputations and performance. One apparently vital element is a company being found liable in a court of law. The legal process gives weight and depth to a scandal that might otherwise have quickly disappeared.

The Volkswagen emissions scandal for example, started in 2015. Seven years later, the company is still negotiating settlements in class action lawsuits brought against it for cheating on emissions tests.

The company’s share price dropped 30% immediately after the scandal (it has improved since the move towards electric vehicles) and Volkswagen’s reputation is still tarnished by the event, as it continues to attract significant regulatory scrutiny, affecting its status among investors.

Similarly, years after being found responsible for the Deepwater Horizon disaster in the Gulf of Mexico in 2010, BP is still paying the price of its negligence, as it continues to be embroiled in many lawsuits. And following regulatory intervention, German financial services provider Wirecard is not even around anymore to tell the story of how €1.9 billion (£1.6 billion) disappeared from its balance sheet.

Yet without corporate culpability determined by the court of law, very few accusations stick, even in the face of media scrutiny. Without clear evidence of harm caused to a group of people, there is very little in the way of measurable negative impact, or demand for compensation for the damage caused.

As consumers, we often like to signal moral superiority and enjoy some of the drama provided by the corporate discomfort of a juicy scandal. But our research found that people’s response to a company is driven by more mundane considerations. These are price, convenience, loyalty, ease of use and habit – and there aren’t many scandals considered quite scandalous enough to make us change any of those. 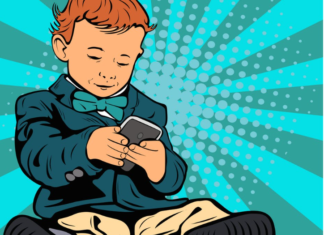 Staff Writer - January 9, 2018
Jean Twenge, San Diego State University The average teen spends at least six hours a day looking at a screen, with most of it from...

Here’s how you can be nudged to eat healthier, recycle and...

Despite research breakthroughs, an anti-aging pill is still a long way...