From time to time, Australians complain about the apparent encroachment of Americanisms in our language, and the Brits seem none too happy about it either.

England and America are two countries separated by the same language.

But we need to hesitate when jumping to this old chestnut. The more we learn about the way the dialects of the Anglosphere developed over time, the more cautious we need to become.

Take, for example, spellings that drive some people apoplectic, like center, theater and color, not to mention usages like sidewalk and gotten.

Many would say “It’s the desecration of the language of Shakespeare and Milton!” but let’s go to the source. As it turns out, Shakespeare used “center” ten times in his plays and “centre” once.

If Billy wrote for and performed at the Globe “Theatre”, surely that would be the way he would spell it? Nup: five “theaters” and one lonely “theatre” in his plays.

What about that Yankee barbarism, “gotten”? Yes, Shakespeare used that too, as you can see in this corpus of his works:

These were standard spellings for the time, and it was later French influence which changed things.

True, Shakespeare had seventy-four “colours” and only one “color”, but the problem with much English spelling is that it depends on how far back you want to go.

As the Oxford Dictionary has it, the origin is “Middle English: from Old French colour (noun), colourer (verb), from Latin color (noun), colorare (verb)“. So the original spelling is color, not colour.

What are the French doing there, anyway?

Well, English is – d’oh! – historically the language of England. England was originally Celtic in culture and language, although the story is still not fully understood. The Celts were a people who lived in various parts of Europe, England, Scotland, Ireland, Wales and Cornwall.

The British Isles were invaded by the Romans in 55 BC, and by the time the Romans left in AD 410 there was considerable Latin influence in the language and culture. Germanic tribes (Angles, Saxons, Jutes and Frisians) invaded from AD 450, and Christians under St Augustine arrived in AD 597 (Christian scribes wrote in Latin, and preserved much of the Anglo-Saxon, or Old English, that survives today).

Scandinavian tribes invaded from AD 750, and the descendants of Scandinavians living in the north of France (Normans = Norsemen) invaded in 1066.

English is thus an amalgam of different language traditions. This is how English changed, for example, between AD 1000 and AD 1611 (samples of the Bible, Luke 2:10-11). A 20th century German version is given for comparison.

The King James Bible (which appeared at the same time Shakespeare was writing) was commissioned by King James I , who had been James VI of Scotland but succeeded Elizabeth 1 in 1603. This was the start of what is called the Jacobean era (“Jacobus” was the Latin for James). It made sense for him to rule from London, but if he had decided to rule from Glasgow, then a proper/BBC/Received Pronunciation English accent would today sound like Billy Connolly’s.

So where do ‘Americanisms’ come from?

David Hackett Fisher suggested that there are four major groupings of spellings in American English, descended from Puritans, Quakers, Royalist Cavaliers fleeing Cromwell and the English civil war and English, Scots and Irish.

Black American economist Thomas Sowell actually attributes the roots of rap music to “wild” Scots settlers. Obviously, these settlers moving across the pond took the language of the time with them, cut off substantially from language change that subsequently took place in England. Hence, “center” and “theater”, not to mention “sidewalk” (“‘Tis composed of three walks of cypress-trees; each side-walk leads to a cave” – John Dryden in 1667) and fall instead of autumn.

This is not to say that “Americanisms” do not exist. Consider, for example, the changes made by American editors to J.K. Rowling’s Harry Potter and the Philosopher’s Stone (title changed to Sorcerer’s Stone because – apparently – US editors felt that Americans weren’t widely read enough to know about the philosopher’s stone of alchemy, even though Sorcerer substantially changes the meaning):

Perhaps the most effective individual in creating “Americanisms” was Noah Webster, who wanted to create a new language for a new country, and not incidentally, surpass the 1755 dictionary of Samuel Johnson with his own 1828 An American Dictionary of the English Language. Webster was successful in implementing change: he taught Americans that gaol, mould, travelled, honour, centre, humour, masque and publick were better rendered as jail, mold, traveled, honor, center, humor, mask and public (The Brits dropped the terminal k later on).

However, he had no luck in persuading them to change ache for ake, soup for soop, sleigh for sley, sponge for spunge, tongue for tung, cloak for cloke, determine for determin and women for wimmen (interestingly enough, some twentieth and twenty-first century feminists took up wimmen as they felt that wo/man was sexist).

Next to Webster, perhaps the most effective proselytiser of Americanisms is the Microsoft Spell Checker, which can be re-set to other spelling styles, but often defaults to US usage.

However there’s a counter-revolution underway: the shoe is now on the other foot as American purists decry the advent of Britishisms making it over to the States.

Just to complete your horror, the very British phrase “Stiff upper lip” is actually American, not British. Don’t get too upset with words that grate on your ear – it’s a glorious circus of language, no matter where it comes from.

Baden Eunson does not work for, consult to, own shares in or receive funding from any company or organisation that would benefit from this article, and has no relevant affiliations. 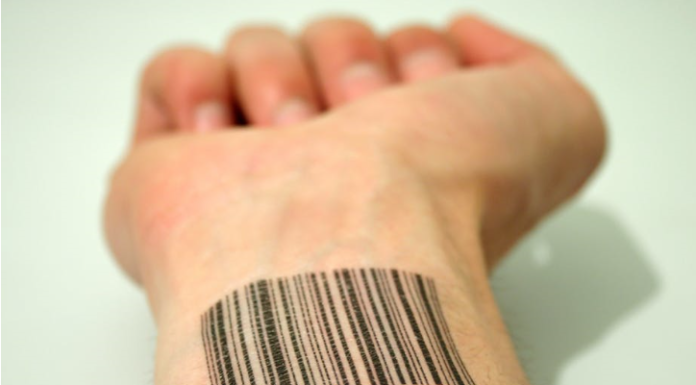 The challenge of authenticating real humans in a digital world

Pittsburgh trauma surgeon: ‘Stop the Bleed’ training saved lives after shooting, but stopping the need must be next

Is a healthy environment a human right? Testing the idea in Appalachia

In Las Vegas, excess and fantasy bleed into tragedy