As every good marketing manager knows, value for money is a major driver for the success of a product. Being a bargain is not usually a feature of space projects, but planetary scientists will get two for the price of one on October 19 when instruments designed to look downwards onto Mars’ surface will look outwards to a comet. The close passage of Comet Siding Spring by Mars is providing astronomers with the opportunity to obtain the type of data usually only recorded by observations made on or close to the Earth.

Comet Siding Spring will be whizzing past Mars at a distance of about 140,000km from the surface – that is just over a third of the distance between Earth and the moon. If a comet came this close to the Earth, dust from the comet’s tail would enter Earth’s atmosphere, providing a spectacular display of shooting stars.

The comet’s trajectory should lead to unprecedented visual opportunities. There is one set of cameras in place on Mars which, so far, have either been focused on the distant view of Mount Sharp at the centre of Gale Crater, or have been almost nose-to-nose with the crater’s rocky outcrops. The Curiosity rover has spent just over two years taking pictures of Mars’ surface. Now, however, the rover is getting the chance to broaden its horizons, by looking upwards into the atmosphere, as mission scientist hope to observe, for the first time ever, meteor trails from Mars’ surface.

We are all familiar, from images, if not from first-hand experience, what a shooting star or meteor trail looks like – a bright flash in the sky, usually white, sometimes orange or green. (The colour being related to the chemical composition of the dust grain which is burning up.)

But will they look the same as they traverse Mars’ much thinner atmosphere? Frictional heating will be less, so will the dust grains burn up at all? Maybe they will take longer to burn, leading to longer trails. We don’t know.

As well as cameras looking up from Mars’ surface, those based on orbiting satellites will also turn away from the red planet, towards the fast-paced traveller. The US National Aeronautical and Space Administration (NASA), the European Space Agency (ESA) and Indian Space Research Organisation (ISRO) have all repositioned their spacecraft to take advantage of the comet’s passage, while ensuring that the spacecraft are not in danger.

The timing is excellent for NASA’s most recent arrival, the MAVEN orbiter. This spacecraft is specifically designed to analyse Mars’ atmosphere, observing cloud formation and wind currents, as well as the interaction between energetic particles from the sun with atmospheric gases. Although still in the very earliest stages of its mission, MAVEN has already delivered some exciting results about Mars’ upper atmosphere. Now, however, Comet Siding Spring will give MAVEN’s instrument scientists additional food for thought as they observe how dust particles, as well as charged and neutral particles from the comet’s tails, interact with the atmosphere.

ESA scientists, deeply involved in the Rosetta mission to comet 67P/Churyumov-Gerasimenko, and preparing for positioning of the Philae lander on the comet’s surface on November 12, are also excited by the opportunity presented by Comet Siding Spring. Although the images that have been obtained of 67P’s surface are the most detailed that we have ever got of a comet, they are of a comet that has not yet developed the characteristic tail associated with comets that are closer to the sun.

Comet Siding Spring will be in its full-blown glory, with a coma and tails, and cameras on board ESA’s Mars Express orbiter are set to record high-resolution images of the nucleus in this state. This would provide valuable preparatory data for the later phases of the Rosetta mission as the spacecraft travels alongside comet 67P when it gets closer to the sun and develops its own tail.

Earth-based telescopes, as well as a variety of space telescopes, are also planning to get in on the act, with observing campaigns planned across all wavelengths from the optical out to X-rays. It seems that the fly-by of Mars by Comet Siding Spring isn’t so much a “buy one, get one free” opportunity, simply a free gift for several different communities of space scientists. 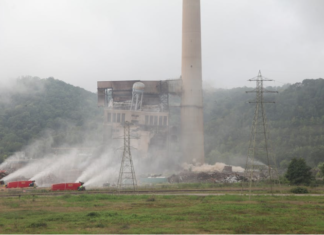 Reduced sentencing for nonviolent criminals: What does the public think?