The recent electoral performances of Podemos in Spain and Syriza in Greece suggest that left-wing politics is changing. Groups are emerging all over Europe that seek to move away from the left of the past and offer an alternative to incumbent governments.

And with a wave of left-of-centre coalitions coming to power in many Latin American countries over the past decade, it’s clear that the movement is global.

The far right has been making headlines across Europe by appealing to a disillusioned electorate with anti-immigrant and eurosceptic rhetoric. These parties have shaken up the European scene but have also engendered the rise of another kind of politics. The basic democratic principle of having at least two rival positions competing for the attention of voters has reactivated the left in response to the regressive politics of the right. And it’s perhaps not surprising that the first significant electoral gains were made in Spain and Greece, where the financial crisis has hit the hardest.

There are historical explanations as to why the left has lagged behind the right in providing new political ideas. One of the most significant is the crisis of real socialism and the loss of real political alternatives to liberal-capitalist democracy – with Cuba acting as the exception.

The political parties of the left in Europe underwent significant transformations as they ruled out socialism and accepted capitalism as the only game in town. But they resisted changing their names, holding on to terms such as “socialist” and “labour”. By failing to change their names, even as they changed their views, these parties prevented a much-needed existential debate from happening.

Capitalism took over and all major political parties moved to the ideological centre to justify their existence. This convergence effectively made any remaining political differences insignificant. Where voters used to see differences in manifestos and policies, they now only see differences in the personal images of their politicians or the style they adopted. Opposition parties no longer present any meaningful alternative to the establishment.

Power to the people

After this turmoil, the left-wing in Latin American countries such as Bolivia, Ecuador, Venezuela, Brazil and Argentina offered a breath of fresh air. Brazil, one of the most unequal countries in the region, elected a former metal worker, Luiz Inacio Lula da Silva, as president in 2002. In Bolivia, where around 60% of the population recognise themselves as indigenous, the first indigenous president was elected in 2005.

These governments emerged from trade unions and social movements that contested neo-liberal policies such as structural adjustment programmes. They are lifting people out of poverty and are reducing inequality.

The left in Latin America has the advantage – and also the disadvantage – of being part of governing coalitions. In Europe, Syriza in Greece and Podemos in Spain are two of the newest and most prominent political fronts making inroads in national and regional elections. As in Latin America, they have emerged as a result of social mobilisation from below.

Podemos grew out of the largest street mobilisation Spain has seen since the transition to democracy. Syriza appeared in Greece when a change in government failed to deliver enough change to tackle mass unemployment.

These origins make the “present left” different from the “new left” of the 1960s and 1970s as well as the “old left” of the late 19th and early 20th centuries. Like the earlier movement, it maintains ties to the social movements that brought them to life but unlike its predecessor, it is less prejudiced against open elections and political pluralism.

In stark contrast to the old left, these emerging parties are sceptical about answering to unions. It is the social movements – the less institutionalised, more open and eclectic groups – that dictate the political orientation of the parties. This is a more democratic approach, it also turns decision-making into laborious process.

The Present Left is creating a new political space and is allowing new voices to be heard as decisions are made. These parties see themselves as political but also as cultural movements. To them, the struggle for a new political common sense appears as important as gaining institutional governance. They take language and rhetoric seriously and see both as fundamental political instruments. That’s why they can appear aggressive in their communication strategies as they bid to provide a counterbalance to mass media coverage of politics.

This secular, agnostic left resists traditional labels and works under the premise that creating the conditions for change remains as important as gaining institutional control. These parties are recreating the notion of opposition. And, as they grow, they are bringing back a meaningful voice to the people they seek to represent.

Juan Pablo Ferrero does not work for, consult to, own shares in or receive funding from any company or organisation that would benefit from this article, and has no relevant affiliations. 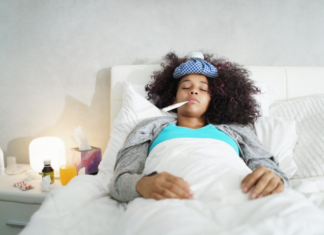