By Ronald Klingebiel, Frankfurt School of Finance and Management

You are right to worry about what internet companies do with your digital identity. There is reason to fear for online privacy. The European Union’s ruling on the right to be forgotten is one of the more visible attempts to get to grips with the problem. Not to mention the EU’s protracted attempts to develop new rules for personal data protection.

That we have to have supra-national legislators come to our rescue, however, is a symptom of the uniformity of current online business models. For some reason, we expect online services to be free, while readily paying for them offline. Most digital outfits, and all of the big providers such as Google and Facebook, thus try to monetise their online offerings through advertising income.

This causes many internet companies to chase the same advertising dollars, locking them into a competitive contest. Advertisers naturally prefer providers that allow them to target prospective customers most effectively. The more a provider knows about its users, the easier this becomes. So it is by design that online businesses are on a collision course with privacy.

Websites are not free

This trend will cause more discomfort in the months to come. An obsession with advertising-financed business models has already led to a crash once, in 2001, albeit for different reasons. Back then, as well as now, businesses assumed they could uphold the impression of a free website while trading eyeballs for ad dollars.

After the dotcom crash, alternative business models emerged. Amazon and Ebay were among the first online companies that earned all the money they needed from the things they sold. Since then new services have started charging directly, rather than relying on advertisements. For example, Salesforce (which offers data management services) and Skype have managed to monetise directly through customer subscriptions.

By contrast, other genres of services such as email, search engines (Google) and social networking sites (Facebook) have struggled to convince their audiences to pay directly for their services. A recent hoax that Facebook would start charging US$2.99 per month to use from November caused quite a ruckus from users who kicked up a big fuss and swore they would leave the service.

Data is a form of payment

Of course, users are paying in other ways – with their data. The trouble seems to be that many of us are not aware of it, not aware of the extent of it, or unwilling to think about it. The EU’s data protection initiative is aiming to make consent more explicit. Making the surrender of personal data an explicit opt-in process is hoped to change user behaviour as findings in the psychology of decision making suggest.

Even better, label data collection as a form of payment. Users would quickly become more aware that the services they want to consume are not “free”. It would shake up the monotony of online business models. Some users will think that giving up privacy is too high a price for an email service, for example. These individuals will more likely be willing to fork out cash.

This opens the door for business models that monetise directly. Some new companies are already preparing for this scenario. Mobile messaging service Threema picked up a number of new subscribers when WhatsApp became part of data juggernaut Facebook. Email services such as Posteo offer privacy peace-of-mind in exchange for a fee. And apparently, ad-free social-network upstart Ello, which plans to allow users to buy individual service features for US$1 each, is seeing about 50,000 requests for membership per hour.

The European Union wants to go even further and mandate internet service providers to treat all customers equally, including those who do not consent to data collection. This would make sure that some people are not effectively barred from using Facebook for refusing their data terms and conditions. But this would be tricky for Facebook as the service then becomes truly free. Instead, the company would be better served by being permitted to charge those customers who do not want to share data.

Your data or your money – you choose

The industry would then go through some reorganisation. Smaller service providers will be the first to look for alternative ways of monetising (if only a fraction of a limited user-base decides to share its data, advertisers will turn away). Many will charge users directly for their services, but there are other options too.

Platforms such as code repository GitHub and career network LinkedIn, for example, show how a few premium customers can subsidise everyone else. Others such as Tesco or Amazon use device sales to subsidise their online services.

As some firms opt to move away from advertising, the firms that decide to retain the ad-based business model will be able to take in higher revenues, since competition in this space will have reduced to more sustainable levels.

Conspiracy theories abound as to why the 2012 EU proposal has not been enacted yet, or how it might look after consensus is achieved. But if paying with data does indeed become an explicit opt-in requirement, expect the world of online services to change for the better, for both users and providers.

Ronald Klingebiel researches and advises companies in the telecommunications and high-tech industries. His work attracts support from both corporate and government funding sources. 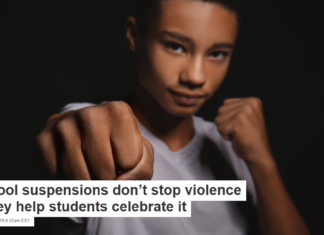