Affirmative action is back in the news, as The New York Times reported that the Trump administration is taking a look at the pending case against Harvard University’s affirmative action admissions policies.

This case – and many others like it – was brought about by anti-affirmative action activists including some Asian-Americans, who suggest that universities are discriminating against Asian-American students by holding them to a higher standard.

They appear to be supported by research that shows that successful Asian-American applicants have higher scores than whites and other racial groups on standardized tests such as the SAT and ACT. And as a result, private admissions consultants are advising Asian-American students on how to “appear less Asian” to boost their chances of admission to elite universities.

These stories perpetuate stereotypes of Asian-Americans as high-achieving model minorities. They also suggest that there’s an unspoken quota on the number of Asian-American students at elite universities.

As Asian-American scholars committed to social justice education, we argue that the issues are far more complex than what these stories suggest.

First and foremost, let us consider whether all Asian-Americans are members of a high-achieving monolithic model minority, as these reports seem to suggest.

Research in higher education shows that class and ethnicity shape Asian-Americans’ post-secondary decisions, opportunities and destinations. The model minority stereotype, in fact, begins to break down when we look at the data by ethnicity and class.

While Chinese-Americans and Indian-Americans do have high rates of educational attainment, it’s a different story for Southeast Asian-Americans.

Southeast Asian-Americans have among the lowest educational attainment in the country (e.g., fewer than 40 percent of Americans over the age of 25 of Laotian, Cambodian or Hmong descent have a high school diploma). Compared to East Asians (Chinese, Korean, Japanese) and South Asians (Indian, Pakistani), Southeast Asians in the U.S. are three to five times more likely to drop out of college.

Southeast Asian-American students struggle with high rates of poverty and are often trapped in programs for English learners, which fail to prepare them for college.

But this diversity among Asian-Americans is often lost in conversations about the “Asian disadvantage.” As a result, the interests of the most vulnerable Asian-Americans are not represented by anti-affirmative action rhetoric.

Most elite colleges and universities, both private and public, use holistic admissions practices. These aim to paint a more complete and complex picture of applicants through the consideration of letters of recommendation, admissions interviews, personal essays, grade point averages, test scores and experiences in a range of both co- and extracurricular activities.

According to the Supreme Court, race may be one among many considerations in the admissions process.

However, critics charge that these policies unfairly disadvantage Asian-Americans, with an unspoken quota on the number of Asian-American students admitted to elite universities.

After all, critics ask, if an otherwise qualified Asian-American student scores better on the SAT, should that student not be preferred over the competition – whatever race or ethnicity they may be?

One problem with theories of the “Asian disadvantage” is the assumption that test scores are an accurate, fair and objective way to assess applicants, and that they should be a dominant factor in determining college admissions.

However, studies have shown that test scores are not great predictors of success in college.

Moreover, a rapidly growing test-prep industry gives a decided advantage to those families with the resources to pay for these courses.

Among Asian-Americans, participation in test prep courses and private tutoring appears to vary across class and ethnic groups.

One study found that Chinese-Americans (44.3 percent) and Korean-Americans (52.4 percent) had the highest rates of SAT prep participation, with Chinese and Koreans from the highest income bracket being most likely to take these preparation courses.

Test scores, in some ways, tell us more about access to resources than about student capacity and learning: The reality is that students do not enter into these tests as equals.

Why we support holistic admissions

It’s true that even holistic admissions put those with greater resources at an advantage. In addition to test preparation courses and tutoring, those with higher income can potentially afford to pay for numerous extracurricular activities and even private admissions counselors to “package” their children.

However, we believe that holistic admissions still represent our best bet for capturing who students are and can be. They allow colleges to look beyond a test and consider students – including Asian-Americans – as whole individuals.

While Asian-American critics of holistic admissions and affirmative action have gotten the most attention in the press, there are many other Asian-Americans who support these practices.

These policies are needed.

Not all Asian-Americans have the socioeconomic advantages needed to compete in higher education. Holistic admissions and affirmative action protect the interests of underrepresented Asian-Americans’ access to a college degree.

This is an updated version of an article originally published on July 15, 2015. Since publication, Kevin Kumashiro has retired as dean of the School of Education at the University of San Francisco. 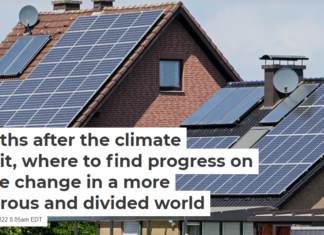