Earlier this month, it was revealed that Kevin Donnelly, one of the men tasked with reviewing Australia’s national curriculum, had argued in a 2004 book that “many parents” think the “sexual practices” of lesbian, gay, bisexual and transgender (LGBT) individuals are “decidedly unnatural”.

… wrong to introduce students to sensitive sexual matters about which most parents might be concerned and that the wider community might find unacceptable.

Upon appointing Donnelly and Ken Wiltshire to review the national curriculum in January, education minister Christopher Pyne said that the review would ensure the curriculum is “balanced in its content, free of partisan bias and deals with real-world issues”.

But in order to safeguard the learning and social experiences of all Australian students, LGBT content and insights should be critical parts of the curriculum. If Australian schools are to deal with real-world issues, we must promote inclusive education practices.

Given Donnelly’s already-stated views, the national curriculum review has the potential to erase the realities and lives of LGBT people and the discrimination they face from our classrooms. In particular, a further revision to the health and physical education curriculum serves to undermine the work of the many professionals who lent their time and expertise to the drafting process.

The curriculum has an impact not only on LGBT individuals; it affects the knowledge, beliefs and experiences of all people.

What the research says

Research shows that homophobia is rampant in many Australian schools. A 2012 La Trobe University study of over 3000 students who identify as LGBT found that 60% of those surveyed had experienced verbal abuse and 30% had experienced physical abuse. Most of it happened in school.

The researchers concluded that for these students:

… the message that their sexual or gender identity is something to be ashamed of, and even physically beaten out of them, is a poignant form of school sexuality education beyond ‘official’ lessons.

The Gay, Lesbian, and Straight Education Research Network highlights the impact on LGBT students’ lives of schools’ failure to keep them safe. In addition to poorer psychological well-being and increased absenteeism, students who have been harassed due to their sexual orientation have lower educational aspirations and reduced school achievement.

Today, it is legal for religious schools to discriminate against LGBT teachers and students. While LGBT individuals are afforded protection under federal law, both the Commonwealth Sex Discrimination Amendment and the New South Wales Anti-Discrimination Act 1977 include notable exceptions that allow religious organisations to engage in discrimination.

Discrimination can be also perpetuated by what is present – and what is notably absent – in the curriculum. According to a 2011 survey of teachers of sexuality education, the most commonly cited barrier to their inclusion of LGBT topics is fear of parental complaint and concern. But prior research suggests that teachers’ fears may be based more on a sense of media-fuelled moral panic than on actual parental views.

Research conducted in 2009 with nearly 200 parents from the Sydney region revealed that 97% felt that homosexuality should be included in sexual health education. The majority of parents suggested the late primary and secondary school years as the appropriate time for teaching such content.

Related findings echo the links between a school environment that is explicitly inclusive of LGBT topics and a safer school climate that features a stronger sense of belonging and perceived care at the whole school level.

Unfortunately, even when schools address bullying and harassment, their approach is often ineffective. Simply put, the common “protect and punish” approach is not enough. By emphasising the need to protect the victimised student and punish the bully, American education scholar Mollie Blackburn argues that we fail to address the systemic problem of homophobia.

What can we do to properly teach students about the lives of LGBT people and eradicate the discrimination they face from Australia’s classrooms?

Second, the national curriculum also needs to include the histories, perspectives and works of LGBT individuals. While it is vital that the health and physical education curriculum include LGBT-inclusive material, the same holds true for every other subject, including English, History, Science, Civics and the Arts.

Finally, as a society, we can no longer idly bear witness to homophobia. As activists and allies, as parents and community members, we must provide an inclusive and positive school experience for all Australian students. 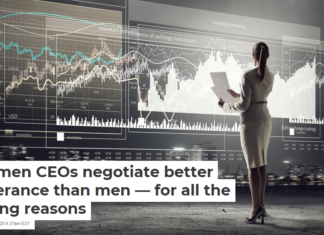 For many US towns and cities, deciding which streets to name...