We all know the feeling, you’re chatting with your friend or even your boss over the internet and you interrupt them awkwardly. A silence ensues as you both try to let each other talk. Then you interrupt each other again and face another awkward silence before sighing collectively at the failure of modern technology to make our modern lives as modern as we want them to be.

Transmission delay is a common problem in communication that is supported by technical equipment, such as internet calling, mobile phones, video phones and conferencing systems. These are used more and more at work and for personal communication so the effect they have on our perceptions of each other is increasingly important. Our research suggests that we have a tendency to think differently of the people we are talking to if the line is bad.

When we experience delays in communicating over the phone or online, conversations change quite dramatically. Pauses become much longer and awkward silences stunt our progress.

People feel they are being interrupted more often even if the person they are talking to didn’t intentionally speak out of turn. Sometimes both people just stop talking and no one knows who should continue. The conversation gets confused and people need to explicitly state whose turn it is to talk. It’s all very far from the way conversation flows in real life.

The awkwardness is heightened if people are unfamiliar to each other. They have no prior knowledge about the other person’s personality or how they normally speak. We added artificial delays to the line in our research and found that the judgements people made about their interlocutor depended on the length of that delay.

For transmission delays of 1.2 seconds, the interlocutor was rated as less attentive, friendly and self-disciplined than if there was no delay. Our research has also shown that the initial interaction speed of a conversation is essential for how much people realise that there is a technical problem.

If the conversation is clearly structured in terms of who is going to speak or if they are interacting quickly, they tend to be more critical about the experienced quality of the connection. If however the initial interaction speed is slow, the quality perception will be less affected by technical delays – although we still observed some difficulty in interaction and some changes in perception about the interlocuter.

Transmission delay happens because of the way speech and video is transported and is particularly a problem when we send data over the internet.

Delays in IP-based services are often unavoidable because speech and video data is split up into so-called packets when in transit. The path that each packet takes can be completely different from another so some may arrive earlier than others, even if the other was sent earlier.

At the receiving side, the application is queuing the packets to play them in the correct order but it has to decide how long to wait for a packet to arrive. Either packets are dropped after a certain waiting period or long delay times will occur.

The underlying problem is that, due to the time shifts, the experienced courses of a conversation are quite different on either side of it. The timing of a person’s speech is different in their own reality and the reality of the person they are talking to at the other end of an internet connection.

So far there is no solution to this problem. Standardisation organisations have agreed on certain time limits that should not be exceeded to still receive a good quality conversation but these requirements can’t always be met. Payed services usually try harder to meet these requirement for providing a good quality to their customers. In the end it boils down to a benchmarking of how good other properties can get in the shortest amount of processing time and how much bandwidth is accessible.

Since the use of internet calling has become such an important part of our lives, services need to be improved. But for this to happen, we need to decide what actually makes a successful mediated conversation. Until then we should perhaps start thinking more carefully about the impression we give when talking to others and our perception of them.

Katrin Schoenenberg is affiliated with TU-Berlin and Telekom Innovation Laboratories. 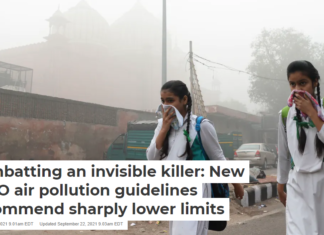 Is your religion ready to meet ET?