Most countries in both the rich and the developing world have some sort of programme to help early career farmers (mostly, but not exclusively young people) to get established in a farming or agribusiness enterprise. South Africa sticks out like a sore thumb, even against many African countries, in not having such a programme.

In our view, subsidies for black farmers in South Africa are justified. This is because they would help deliver a more inclusive agricultural sector and correct past racial biases.

South Africa used to have an extensive support system for farmers. Under apartheid white farmers received a host of subsidies.

Based on our collective five decades researching the agricultural sector in South Africa we are strongly of the view that the country needs to introduce a agricultural support framework that is more comprehensive, broad based and flexible to enable black farmers to join the ranks of commercial agriculture.

These lessons provide the principles for a new agile, broad-based programme of support that should enable the establishment of farming enterprises that were previously excluded from commercial agriculture. We specifically deal with direct financial support to farmers. We don’t address other important tasks of government that are also part of the support framework for any farming enterprises. These include, among many, research, agricultural product standards and a state supported Land Bank.

But there are two provisos to our proposals: it isn’t possible, or desirable, to simply re-implement what was there before. And secondly, any new support programme must be tailored to the specific circumstances of today. This includes taking into account the country’s current fiscal constraints.

The history of subsidies

South Africa reached high levels of overall subsidisation of agriculture in the late 1980s. These were so pervasive that the country was on a par with the EU and US when measured on a per capita basis. The apartheid government pursued this path because rural votes carried more weight than urban votes due to the electoral system based on constituencies, and because it could afford a strong subsidy programme.

Since the formation of the Union of South Africa in 1910 several initiatives were introduced to support the development of commercial (only white) farmers. This included the Land Bank in 1912 and after the recession that followed the First World War, the establishment of the Farmers Assistance Board in 1925.

Substantially increased public investment in agricultural research and development preceded industry support and continued to grow until the mid-1970’s.

By the early 1990’s, however, all subsidy support to farmers was phased out.

The withdrawal of the support had two unfortunate consequences. First, farmers that could moved to larger scale operations to benefit from economies of scale. This lead to the growth of very large scale (‘mega’) farming operations.

Second, it was accompanied by the abolition of support measures, from direct subsidies to indirect market interventions, from funding of research and extension, to the withdrawal of subsidies on conservation works.

The result was that ‘new’ or ‘emerging’ black farmers were bereft of the support services that they had previously been denied.

Many attempts have been made to remedy this situation. But in all instances the interventions were piecemeal and unsuccessful.

In addition, most support programmes became very bureaucratic and were focused on individual cases. This led to long delays in decision making. And no broad-based impact.

Features of a new system of financial support

The support programme we envisage for new entrants into agriculture is linked to the country’s land reform programme. It is designed to support the transformation of the agricultural sector to bring about a much more diverse and representative corps of farmers in South Africa.

A useful starting point is to do sustainable and productive settlement of qualifying farmers and beneficiaries on land already acquired by the state through the Progressive Land Acquisition programme whereby the state acquires farm land from willing sellers among the white farming community.

The land to be settled should be offered to potential beneficiaries by means of a notice published by the relevant District Land Committee in the government gazette and all major newspapers. The advertisement could already have a business plan in place, if, for example, it’s known what type of farming enterprise would be pursued. Where there is no business plan, the applicant needs to provide one.

All interested individuals would need to comply with certain criteria that will be used in the selection process. The minimum requirements (in addition to the existing policy of beneficiary selection) would include:

Selection would need to be objective and protected from political influence or patronage.

The land purchase by the selected beneficiary would be financed by a long-term mortgage (25 to 40 years) from the Land Bank at beneficial rates and terms. Interest and capital repayments for the first two or three years would be deferred and amortised into the outstanding debt to make the initial phase of the enterprise financially feasible.

This would require the Land Bank to change its current funding model to support the development mandate of the bank. The focus should be on long term mortgage finance.

Another possible approach would be to lease the land to the beneficiary for up to five years before the lessee can exercise the option to buy the land.

The support programme must not be hamstrung by bureaucratic red tape and endless committee meetings. This is one of the reasons the current Comprehensive Agricultural Support Programme has failed to reach as many farmers as possible.

The following principles should apply:

New farmers find it hard to survive in the initial years before a revenue stream has been established. It would therefore be sensible to support the family with a personal maintenance allowance of R 3 500 per month for the first 24 months.

A programme like this would play an essential role in ensuring a successful outcome of South Africa’s land reform programme and build a new ‘crop’ of commercially oriented black farmers.

In our view, subsidies for black farmers in South Africa would be justified. This is because they would help deliver a more inclusive agricultural sector and correct past racial biases. 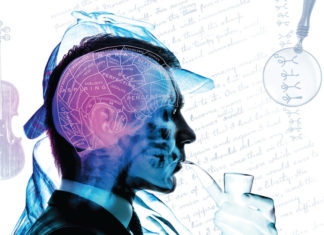 Staff Writer - October 21, 2014
By Benjamin Poore, University of York If you think of Sherlock Holmes, you will invariably think of London – to be precise, 221B Baker Street, which...

Craft beer is having an identity crisis, as big breweries muscle...

‘Checkout charity’ can increase a shopper’s anxiety, especially when asks are automated