In a crisis, time is not on your side.

A crisis creates a vacuum, an informational void that gets filled one way or another. The longer a company or other organization at the center of the crisis waits to communicate, the more likely that void will be filled by critics.

On March 10, Ethiopian Airlines flight ET302 crashed outside Addis Ababa shortly after takeoff, killing all 157 passengers on board. This was the second Boeing 737 Max to crash in fewer than four months, putting the total death toll at almost 350 people.

I’ve been both a manager and teacher of crisis communications for more than a decade. One thing I know for sure is that in crises in which there’s loss of life, it’s important to be compassionate, empathetic and careful.

However, in the two days after the Ethiopian Air crash, Boeing made crisis communications missteps that may have a long-term effect on its reputation and credibility.

Too little, too late

The key problem with Boeing’s approach is that its response was initially too defensive, slow and passive, suggesting a lack of openness and accountability.

For two days, Boeing CEO Dennis Muilenburg insisted the 737 Max planes were safe, even as country after country grounded the aircraft. Then on March 13 when the Federal Aviation Administration eventually followed suit, Boeing again maintained that its planes were safe.

But other than these statements and two tweets from Muilenburg, Boeing’s leadership has been silent.

Silence is passive and suggests that an organization is neither in control nor trying to take control of a situation. Silence allows others to frame the issues and control the narrative.

As a result, Boeing has found itself playing defense to a storyline that suggests the company was more interested in profits than people in the rush to produce an aircraft that accounts for about a third of its revenue.

That narrative is being pushed by other airlines, media, employees and airplane safety advocates like Captain Chesley “Sully” Sullenberger.

Boeing could have adopted a proactive approach, such as by taking the initiative to ground its own planes.

Instead, Boeing hesitated, wasn’t transparent and didn’t shoulder any responsibility for what had happened, leaving it to airlines, countries and regulators to ground the 737 Max.

According to crisis communications scholar Timothy Coombs, corporate openness is defined by a company’s availability to the media, willingness to disclose information and honesty. Boeing failed in all three regards.

And the few statements it has issued are chock-full of platitudes – such as “safety is a core value” – and lack meaningful information. In its statement after the FAA grounded the 737 Max, Boeing suggested it was complying “out of an abundance of caution.” But Boeing didn’t have a choice. The decision was made.

Boeing is now on the defensive and, going forward, will have to counter the damaging narrative circulating in the court of public opinion. It has its work cut out for it. Research shows that people are quick to believe the worst about organizations, which feeds negative speculation.

The challenge Boeing faces is serious.

Many of its planes continue to be grounded, which could cost Boeing as much as US$5 billion, according to early estimates. Boeing has paused delivery on the 737 Max and orders for future planes are at risk – it recently received its first public cancellation. The company has about 4,500 of the airplanes on order.

Boeing does have one thing in its favor. The company has built strong relationships with government officials in Washington over the years.

But those relationships, which could be useful and shield the company to some degree, are now under stress as Congress and the Justice Department investigate how Boeing got the 737 Max certified to fly.

So is it too late to turn things around?

I believe it isn’t, but Boeing must immediately change its strategy from passive and closed to active and open. Rather than wait for lawmakers or investigators to get to the bottom of things, which could be devastating for Boeing, the airplane manufacturer should collect all the relevant information and disclose as much as possible, however damaging.

Boeing should be able to answer questions like what happened, who is responsible and why did it happen. The best way to demonstrate its commitment to safety is not with platitudes but concrete actions that reveal openness and accountability. Research has shown that transparency and honesty are key to effective communication in a crisis.

Ultimately, the company needs to show that the lives of passengers on its planes are more important than profits or its reputation. And in the long run, doing so will help it recover and regain trust that’s been lost.

We all expect airplanes to be safe. Boeing has violated that expectation.

The decision about whether and when the 737 Max is back in the air – and how much this will ultimately cost Boeing – will be made by airlines, regulators and legislators. And, in turn, they will listen to their customers and constituents.

If the court of public opinion finds Boeing guilty of putting their lives and their families’ lives at risk, those decision-makers will find it hard to support the company. 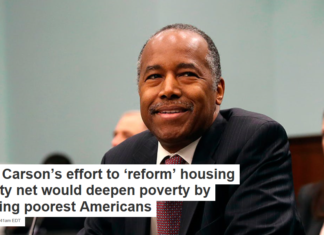