In 2009, US trucking company YRC Worldwide faced ruin as it struggled to restructure its debt. With tens of thousands of jobs at stake, the Teamsters union, led by James Hoffa, accused some YRC bondholders of sabotaging restructuring negotiations by purchasing credit default swaps (CDS) on their debt.

Much like an insurance policy, these CDS would pay out if YRC filed for bankruptcy and ensure bondholders that bought the protection got 100 cents on the dollar. Unfortunately for YRC, this meant that these lenders had more to gain if YRC went into bankruptcy than if it survived by restructuring, diminishing their interest in coming to the table and reaching a deal.

This confrontation plays out regularly on Main Street, particularly for riskier borrowers. Creditors want to protect themselves from company defaults by using CDS. But when they do, they can lose interest in monitoring the company or in its continuation as a going concern. In the worst case, lenders might be tempted to push viable but distressed companies towards bankruptcy to trigger a payout on the CDS. If this happens, they can expect to receive 100 cents on the dollar rather than face the large write-offs common to most restructurings. Their fellow bondholders and other creditors such as banks and pension funds who don’t have protection, however, may get just pennies on the dollar.

In a credit default swap transaction, a debtholder or “buyer” of protection agrees to pay an ongoing fee to a “seller” in exchange for assuming the risk that a bond or loan might default. If that happens, the seller pays the buyer to ensure the latter gets the face value of the debt.

CDS have been blamed for causing problems in a slew of restructurings, including Six Flags, Harrah’s Entertainment and General Motors, among others. Caesars Entertainment, the struggling gaming company, for example, has been negotiating with its creditors to restructure its US$25.5 billion in debt. Caesars accuses one of them, Elliott Management, of buying “significant” CDS protection with the ulterior motive of pushing the company toward a default and triggering repayment on the CDS.

Such strategies can create widespread welfare costs. Lenders play an essential role in ensuring that borrowers use credit productively to grow themselves and the economy. When lenders lose interest in performing this role, borrowers can become reckless in how they manage money. Worse, when lenders push viable companies towards bankruptcy, potentially profitable enterprises can disappear, destroying jobs and the communities they nourish in the process.

These strategies also tarnish the perception of the instruments, already greatly harmed by their role in the 2008 financial crisis. CDS serve an important function of helping lenders hedge their risks, lowering credit costs for Main Street companies. With attention on the negative effects of CDS, it becomes easy to overlook the considerable benefits they bring to the efficient allocation of credit in the economy.

So why don’t they? In short, they do not have the lender’s host of legal rights to monitor a borrower and to participate in a restructuring. While lenders hold these rights toward the borrower but do not bear the corresponding economic risk when they buy protection, it is the other way around for sellers, with all the risk but none of the rights.

Of rights and risks

These rights – common to loan contracts – have real value to those bearing the economic risk of a debt. Monitoring a borrower allows a bank or other lender to keep tabs on its financial solvency and changes in its risk profile, promoting discipline in terms of who gets credit and how it is priced. And the right to participate in a restructuring safeguards economic value, salvaging investments and ensuring that companies that can survive are able to do so.

These legal rights go to waste when lenders lose interest in using them. In the Caesars example, the sellers of CDS protection – who the risk of paying out if the company defaults – are not allowed to participate in negotiations, though they have the most to lose.

This needs to change. Just as credit default swaps allow lenders and protection sellers to trade over who will bear the economic risk of a debt, we need a regulated, transparent market that allows protection sellers to bargain for and trade the basic legal rights that regulate that exposure, so-called creditor control rights.

By gaining the ability to exercise these rights, protection sellers can scrutinize how lenders are monitoring borrowers and intervene if they fail to do so. A market for creditor control rights would help counter the tendency towards lender misbehavior and disinterest that CDS can create.

This market may appear counter-intuitive. The interests of lenders and protection sellers seem to be in conflict: the former wants the payout, the latter does not want to provide it. But this is not true. Lenders and protection sellers have many incentives to cooperate. First, not all CDS-protected lenders want to see their borrowers fail. Strong borrowers represent a lucrative source of future business. Misbehaving lenders can also see their reputations damaged by accusations of opportunism towards borrowers.

In YRC’s case, Hoffa’s campaign against bondholders prompted calls for protests outside offices of hedge funds and letters to the Securities and Exchange Commission. The creditors soon relented, and YRC’s restructuring moved forward.

Secondly, a reputational bruising can be costly in other ways. Lenders that behave badly may be charged more for CDS protection in the future, reducing the gains of forcing payouts.

Cooperation makes sense. Protection sellers assume some of the burdens of monitoring and researching underlying borrowers, saving lenders time and money. Protection sellers may also offer credit protection to lenders at lower cost, where payouts occur only when default is inevitable. With stronger legal rights, protection sellers can manage their own risks better and participate meaningfully in overseeing credit.

A market for creditor control rights is not a perfect solution. After all, protection sellers might misbehave, making regulation and transparency necessary to prevent abuses towards Main Street borrowers. Still, a solution is needed. CDS are not going away anytime soon. This proposal, however, tackles a major problem in today’s credit markets: the disconnect between those who hold the economic risk of debt and those best motivated to manage it. 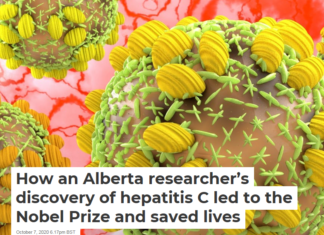 The power of a hug can help you cope with conflict

A former prosecutor reimagines how the criminal justice system can serve...