Can businesses succeed in a world of corruption (without paying bribes)?

Every global business has to be careful about running afoul of the Foreign Corrupt Practices Act (FCPA), the federal law that prohibits paying bribes to foreign officials to “obtain or retain” business.

The Justice Department and the Securities and Exchange Commission (SEC) are currently investigating 84 companies, according to the FCPA Blog, including Walmart, JPMorgan Chase and Brazilian oil giant Petrobras, to determine whether they used corrupt measures to win business.

The cost of such violations can range from a few million dollars, like Mead Johnson’s US$12 million payment to the SEC for dispensing $2 million in bribes through its China unit to health care professionals at government-owned hospitals, to the $772 million assessed against Alstom SA for bribing officials in Indonesia, Saudi Arabia, Egypt and the Bahamas.

Alstom and other companies are sometimes even forced formally to plead guilty. They’re required, in other words, to admit wrongdoing rather than just agreeing to a quiet settlement and putting the whole affair in the past.

The core question facing any company with global operations is whether to go along with a demand for questionable – and sometimes blatantly illegal – payments if it wants to win new business or at least maintain its position.

Some of the most enticing developing markets are ones in which corruption flourishes, from the lowest bureaucrat to the presidential palace. The annual survey published by Transparency International shows that countries like China, Russia, India and even Mexico continue to struggle with widespread bribery in the public sector.

Paying bribes is sometimes viewed as an (almost) unavoidable cost of doing business. Companies caught making illicit payments have sometimes pleaded that they cannot operate without running the risk of violating the law and argue that the costs to comply with the FCPA are onerous. This complaint goes back to the time shortly after Congress adopted the law in 1977, with a 1981 Government Accountability Office report noting that “many companies believe the cost of complying with the act exceeds the benefits derived.”

Given this, does adhering to the requirements of the FCPA really make it too difficult to succeed abroad?

This question is becoming more pressing as the Justice Department beefs up its FCPA unit after a decline in the number of cases filed in 2015 and must resolve long-running investigations of companies like Wal-Mart and JPMorgan that have dragged on for years.

The FCPA has long been criticized as creating the proverbial “uneven playing field” because foreign competitors are portrayed as happily paying bribes and stealing business from American companies with impunity.

But it is questionable whether life is really so difficult when operating in countries that are perceived as corrupt while adhering to the FCPA. The airport customs officers demanding a “special fee” to process a passport or the technician from the government-controlled telephone monopoly asking for more cash to complete an installation is a nuisance but hardly the type of conduct that has a major impact on companies.

The grease payment that is little more than a tip falls well outside the purview of prosecutors and regulators.

The Justice Department and SEC use the FCPA to police bribes and gifts provided to obtain larger procurement contracts and to maintain significant business relationships. Their focus is on the larger cases in which more than a single rogue employee engages in isolated misconduct.

Everyone else is doing it…

The complaint that it is difficult to do business due to widespread local corruption is more a smokescreen, I would argue, to justify questionable business practices, such as extravagant gifts and hiring relatives of senior government officials, than a reasonable criticism of the FCPA.

If you claim everyone else is doing it, and therefore you had to go along, that makes it easier to justify engaging in conduct that has crossed the line into the unethical, and perhaps even illegal.

Business people generally don’t wake up in the morning with the intention of violating the law, even ones they disagree with. So there is a measure of self-delusion needed to violate the FCPA. In other words, complaints that the law is somehow “unfair” serve as justification for violating the act as if doing so isn’t really all that bad and perhaps even necessary to compete against less ethical competitors.

Paying bribes, and the attendant cover-up needed to keep the payments from discovery, is not only wrong, but the artifice needed to pay them takes on a life of its own. Like any good protection racket, paying government officials for favorable treatment is unlikely to be a one-time event.

Once begun, companies have to continue to pay, often more and more just to stay in place. Corruption is like quicksand – once trapped, the harder you fight, the deeper you sink.

Of course, the cost of engaging in corruption in the name of doing business means that the company will make even less on any contract it wins.

At least a portion of the profit will be diverted to a government official and, most likely, a middleman who takes a cut of the action. According to the Organisation for Economic Cooperation and Development (OECD), the cost of this corruption is typically over 10 percent of the value of the contract or transaction, which means a company will have to work that much harder to make a profit.

Refusing to pay bribes can cost companies revenue and profits in the short term. Yet, giving in to demands for corrupt payments is hardly a guarantee of success. Indeed, a company may well end up shelling out far more once it is caught than it ever gained from making the illicit payments. German conglomerate Siemens A.G. paid out US$1.6 billion in fines and other penalties, including disgorgement of its profits, from a long-running bribery scheme that required the company to pay for an outside monitor for four years to ensure its compliance with the law.

An area that presents a particular challenge is the practice of giving gifts, something ingrained in many cultures.

Giving gifts is not necessarily wrong but can certainly rise to the level of illegal conduct even among those with the best intentions. If only life were so simple that easy lines could be drawn between the ethically correct and morally problematic.

The issue is not just the value of the benefit, although that is one aspect when the gift is worth thousands of dollars and would strike the ordinary person as far more than just a display of appreciation. Instead, it is the expectation underlying the gift that can explain whether it is illegal.

Some favors cost a company very little but raise significant questions about the motives behind them. For example, BNY Mellon paid out nearly $15 million to settle with the SEC for violating the FCPA by awarding internships to three family members of officials affiliated with a Middle Eastern sovereign wealth fund to keep managing its assets.

Anyone who has ever worked with interns knows they often cost far more than the value of the work they might perform. But for companies, it can be a nice way to cement a relationship and keep business flowing.

Policing the supply side of corruption

Every nation has laws prohibiting bribery, but whether they are enforced is another issue.

When a country’s legal system does nothing to police official corruption, then there is an understandable sense of frustration on the part of businesses that must deal with it on a daily basis.

The FCPA polices the supply side of the bribery equation by making it a crime to pay out the money, even when it is perceived as the only way to stay in business. A quirk of the statute precludes pursuing cases against the recipient, leaving it to the official’s own government to deal with it – or look the other way, as happens too often.

Foreign bribery is not something that falls outside the purview of corporate management. The OECD report on foreign bribery pointed out that “corporate leadership is involved, or at least aware, of the practice of foreign bribery in most cases, rebutting perceptions of bribery as the act of rogue employees.”

Is it fair that global companies have to pay the price for overseas corruption? Perhaps not, but that does not mean the FCPA is flawed. As every parent tells a child at some point, “life isn’t always fair.” 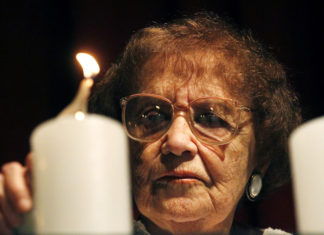