In the past month the National Science Foundation and a bipartisan group of U.S. senators both introduced measures that would require higher education leaders to review and report cases of sexual assault and harassment on their campuses.

While these initiatives represent a good first step, they do not go far enough to eliminate the problem. That goal falls to college and university leaders who have the will to rid their campuses of the long-standing problem of sexual harassment and sexual assault.

As experienced university administrators, faculty and practitioners of sexual assault prevention, we believe now is the perfect opportunity for universities and colleges to lead the way. The roadmap to success lies in the tenets of the mission of colleges and universities: research the problems, use the findings to educate others and engage communities to make change.

Statistics on sexual assault and harassment on campus show the need for change. For instance, 1 in 5 women and 1 in 16 men are sexually assaulted while in college. For graduate students, 38 percent of females and nearly 1 in 4 males reported sexual harassment from faculty or staff. Roughly half of all such instances included multiple victims of the same faculty member.

Based on our collective experience dealing with the issue of sexual assault and harassment in academe, we believe the following things can help turn things around:

Those who run college campuses must be willing to share their own uncomfortable truths concerning sexual assault and harassment. But colleges and universities have been reluctant to do so because of the highly competitive environment in which they seek to recruit top faculty, students and athletes.

If all campuses shared more information about their experiences with sexual harassment and sexual assault in a public forum, such as on the U.S. Department of Education’s Campus Safety and Security website, the true scope of the challenges would be better defined on each campus, and the stigma of acknowledging them would be removed.

Rather than start from scratch, colleges and universities can adopt effective strategies and avoid those that have been found ineffective on other campuses – something that isn’t always done in higher education.

For instance, since fraternities are associated with higher rates of rape and coercive behavior, and sexual assaults happen more frequently during the first two months of the fall semester, it would help to delay fraternity recruitment by even one semester. Doing so has been found to increase academic performance, promote acclimation to the campus environment and potentially promote safety.

Another strategy would be to purposefully plan late-night programming for students on key “party” nights each week in order to reduce alcohol-related incidents. Alcohol has been shown to be a significant contributor to sexual assaults on campuses. The idea is for college leaders to take greater responsibility for the campus environment.

To bring about greater reporting of sexual assault, colleges could rely on “whisper networks” to bypass the barriers to reporting. With time-stamped accounts saved, submitted or held until another victim identifies the same offender, such networks may help identify serial rapists. Currently, only 20 percent of students and 32 percent of women who aren’t students report sexual violence on campus, and even bystanders fear speaking out.

To proactively stop sexual harassment and assault, colleges can change their training for faculty, staff and students to longer, interactive and in-person sessions, which have been proven to increase their effectiveness.

In addition to addressing known contributors to sexual harassment and assault, college and university leaders must find ways to innovate.

People at all levels of an organization have ideas on how to address the issues they face, but they aren’t always asked to share what they know. In order to tackle tough problems such as sexual assault and sexual harassment on campus, faculty, staff and students can be empowered to identify ideas to shift the culture that allows harassment and assault to exist, and the top ideas can be selected by a campus-wide vote.

Culture change requires not only new approaches but also the resources to implement them. Colleges can demonstrate their commitment by ensuring that the number of survivor advocates and Title IX investigators is adequate for the size of the student population. Statistics suggest that a ratio of 1 each per 7,500 students would give each a caseload of 450 victims, which is consistent with standards for academic advising. They should also fund off-campus, trauma-informed training for these professionals to ensure impartiality, and reward units that improve their workplace climate with increased university resources.

A matter of will

Effective change requires the resolve to weather hazards that are sure to come: negative press, withdrawn donor support and a focus on placing blame. Lasting change in workplace climate is also a notoriously difficult thing to achieve. Nevertheless, the safety and well-being of students, faculty and staff is too important not to keep trying.

Krista Millay and Martha Gilliland co-authored this piece. Millay is community impact director at the Women’s Foundation of Southern Arizona and the former director of the Women’s Resource Center at the University of Arizona, where she oversaw sexual assault prevention. Gilliland is the former chancellor of the University of Missouri-Kansas City and has held several other administrative posts.

Tricia Serio, Dean of the College of Natural Sciences, Professor of Biochemistry and Molecular Biology, University of Massachusetts Amherst 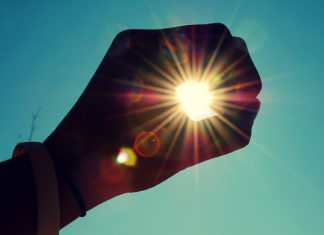 Staff Writer - November 25, 2014
By Christopher Sampson, University of Nottingham What is it that sets academic publications apart from articles on The Conversation? Peer review might be your first...