Some public school districts across the nation will be closed on Monday, May 2, 2022, or Tuesday, May 3, 2022, in observance of the Islamic holiday Eid al-Fitr, a festive celebration marking the end of the month of Ramadan, a month of fasting observed by Muslims worldwide. In the following Q&A, Amaarah DeCuir, an education researcher who specializes in issues of concern to Muslim students, illuminates some of the forces that are moving more school districts to close in observance of the Islamic holiday.

How common is it for public schools to close for Islamic holidays?

When New York City announced in 2015 that it would close its public schools in observance of Islam’s two most sacred holidays, it became the first big-city school district in the U.S. to do so.

The New York City public school system is the largest in the nation, and about 10% of its student population identifies as Muslim.

Why take a day off if Muslims are a minority?

In some cases, significant numbers of students were not coming to school on Eid al-Fitr anyway – and school officials began to take note. For instance, a school superintendent in Burlington, Vermont, once related that about 75 of Burlington High School’s roughly 1,100 students were absent on Eid al-Fitr in 2009 – about 25 more than on a typical school day. In the Fairfax County Public School system, reports show that 33.3% and 38.5% more students than usual were absent from school on Eid al-Fitr holidays in 2016 and 2017, respectively.

But absenteeism isn’t the only factor at play. Some school districts are beginning to observe Eid holidays as a matter of commitment to equal recognition for Muslim families.

In the Hopkinton Public Schools, in Massachusetts, one school board leader noted that closing school for Eid holidays could attract a more diverse pool of educators by not forcing them to take personal days to observe the holiday. In Detroit, a school leader said that closing for Eid holidays was a statement to celebrate the diversity of the community. https://www.youtube.com/embed/zVbC4vmzeSI?wmode=transparent&start=0 Eid al-Fitr is celebrated by Muslims across the world.

Who is leading efforts to get public schools to close for Eid?

In Iowa City, Iowa, a Muslim high school girl advocated for over three years to promote the observance of Eid before the school system there decided to do so. And a student in Detroit helped persuade school board members there through an op-ed in the Detroit Free Press to close in observance of Eid.

What about calculating when the holidays begin?

Since Muslims go by a lunar calendar, which is about 11 days shorter than the 365-day solar calendar that most Americans use, the exact date of Eid al-Fitr changes from year to year.

And not everyone is in agreement about when a particular lunar month begins. Some Muslims go by astronomical calculations to project the Islamic calendar well into the future. For instance, one Islamic calendar has projected specific Eid dates into the year 2045. Other Muslims prefer to use traditional methods of local moonsighting, which involves using the naked eye to actually see the crescent of the moon to determine the start and end of a lunar month.

This partially explains why there could be different start and end dates for Ramadan on any given year that are one day apart. School district leaders may want to defer to whichever method is used by local Muslim authorities. 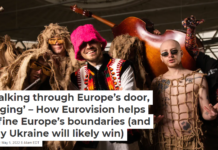 Staff Writer - October 11, 2014
By Candice Majewski, University of Sheffield 3D printing has to be a contender for the most talked about technology award at the moment. Gone are...

Why weren’t women allowed to act in Shakespeare’s plays?