By James Williams, University of Sussex

As a theme for Hollywood filmmakers, the crack team of experts sent in where others dare to tread to rectify wrongdoing and uphold the rights of the downtrodden citizen, is well-worn. Think of the reboots we’ve had in recent years for The A Team and most recently The Equalizer.

Can you really parachute “super” teachers into a failing school and turn it around in double-quick time? The Conservatives seem to think so. The party’s latest education policy wheeze is a National Teaching Service (NTS), a team of independently employed superteachers who can be deployed to any under-performing school in England. The NTS could be formed if the Conservatives win the next election.

Predictably there have been protests from the unions. Russell Hobby, general secretary of the National Association of Headteachers, says that the NTS “may make good politics to some but it makes lousy school improvement”. Support for the idea is thin on the ground, though the graduate teaching charity Teach First is enthusiastic. As an organisation that has had its fair share of criticism for the way it selects and prepares its teachers, it knows about the issues such a scheme will face.

In education, what goes around seems, inevitably, to come around. In the late 1990s we had the advent of “superheads” who would fly into schools, capes fluttering in the wind, to transform standards with a single blow or close down the school to enable it to rise, phoenix-like from the ashes, as a new, sponsored academy. Those early Labour academies were very different from the ones we see today.

Of course, school improvement never really happens the way politicians envisage. A number of the Blair/Blunkett superheads failed or resigned and the scheme was quietly dropped in 2000. The idea of superheads has been revived recently, particularly in response to the governance issues following the Trojan Horse extremism scandal in Birmingham.

Policy “on the hoof” – which this appears to be – is the most dangerous form of policy. When it is linked to appeals for votes in a forthcoming election, the motives must surely be questionable.

Looking at some of the sparse detail released to date, it’s hard to see how the NTS will succeed. Who would want a teaching job where you could be sent at a moment’s notice anywhere in England, always to a “failing” school? How will these teachers be able, quickly, to understand the local situation of the schools they are sent to? Will they be able to get the staff, in particular the existing head, onside? Unless these teachers have the diplomatic skills of Ban Ki-Moon and the patience of Gandhi, they will find the going tough.

Staff must be won over

Teachers at all levels never set out to fail children – they are professionals. Having a stranger come in to “rescue” your children from what is perceived to be your poor performance is bound to encounter resistance. That’s not to say that professionals do not welcome support, but it needs to be effective support that is tailored to the needs of the school, pupils and staff.

Turning a school around cannot be achieved without the hard work and goodwill of the staff, the support of the parents and a commitment from the whole community, including the pupils. Local authorities should be the hub around which school improvement revolves. Sadly for the past 20 years, and even more so in the past four years, we have seen an erosion of the ability of local authorities to support their schools, as more and more funding is diverted away from them into academy trusts and sponsors. Perversely, the local authorities are then derided for failing to provide support.

It is clear that one way or another the Conservatives want rid of local accountability for schools – preferring to place them in the hands of trusts and sponsors whilst feigning accountability through eight new regional school commissioners. I have no doubt that all commissioners want schools to succeed, but my concern is over how much the voice of parents and teachers will be heard and acted upon.

Will academies embrace the NTS?

The NTS will also have to fit into the new landscape of academies. Questions remain over whether academy trusts and sponsors will welcome such a force with open arms. What if the NTS disagrees with the approach taken by the academy trust? Superheads have been drafted in to schools, only to then disagree with the school’s sponsor and leave. Will the same fate befall the NTS?

There is already a fight between Ofsted head Michael Wilshaw, the Department for Education and the academy chains over whether or not the chains should be inspected. My fear is that the NTS will be seen as an imposed “punishment” for state schools and teachers branded as “failing”, resulting in the inevitable “forced academy” solution.

Academies are supposed to co-operate and collaborate within their trusts and with local schools. The marketisation and branding of schools is unlikely to embrace forced co-operation and support from outside the brand. This point was raised recently at the Education Select Committee’s inquiry into academies and free schools by Chris Keates, general secretary of the union NASUWT who asked: “how often have we seen ASDA, Sainsburys and Marks and Spencer share their secrets of success with one another?”

A final issue for the proposed NTS is the assumption that a great teacher in one school will naturally be great in another. Great teachers come in all shapes and forms. The successful, academically gifted teacher of high-ability pupils in a selective, exclusive, fee-paying school may well be outstanding in that school. But place them in a school where pupils come from a deprived background, where the love for learning is distinctly absent from their home background, and the result may well be a teacher who at best requires improvement or who is unsatisfactory.

A hit squad of elite teachers sounds great to the public who naturally want a quick fix for any failing school, especially if they live in its catchment area and worry about their child’s future. What is important is not rhetoric or an imposed ideology, but a system of community support that values schools, teachers and children. A competitive marketplace is not the place where such an approach can easily succeed.

James Williams does not work for, consult to, own shares in or receive funding from any company or organisation that would benefit from this article, and has no relevant affiliations. 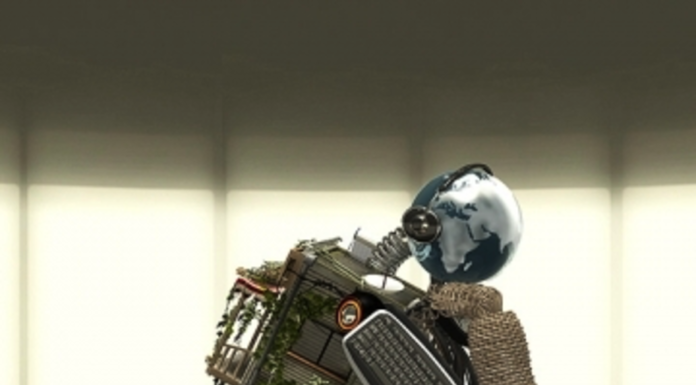 Movie theaters are on life support – how will the film industry adapt?

Blasphemy isn’t just a problem in the Muslim world

Small brands, big impact: why craft beer is top of the hops

Blind people have increased opportunities, but employers’ perceptions are still a barrier