With football season well underway, there already have been instances of helmet-to-helmet hits, concussions and yet another round of conversations about strategies to reduce head impact exposure in players.

This is an urgent matter for all football players, but particularly for the 1.1 million high schoolers who play, as well as for thousands more youngsters who play at even younger ages, hoping to one day find gridiron glory. Football is the most widely played high school sport – and the most popular spectator sport in the country.

There is very little scientific evidence available to support claims that teaching tackling a certain way results in decreased head impacts, concussions or other injury.

I am professor of kinesiology who has studied spine injury and concussions in football throughout my career. Colleagues and I recently conducted and published a study of high school students in an effort to see if a certain type of training can in fact protect athletes. Combined with an earlier study on the college level, the findings suggest that we are only beginning to answer these questions.

Overall participation in high school football dropped 5.2% last year. Some programs have even been canceled due to lower numbers that are further hampered by injury. For example, both Thomas Jefferson High School and Grinnell College ended their seasons this October because of injuries.

While the use of theoretical safer tackling techniques, such as shoulder tackling, are anecdotally in widespread use, what scientific evidence is there to show they are truly safer? Do we really know, beyond chance, if a tackling technique results in the reduced concussions or the head impacts that cause them? As scientists, we just don’t know whether training tackling a specific way can truly reduce head impacts and concussion.

In the meantime, some of us wonder whether the answer could lie in helmetless tackling training.

Risk compensation is a concept that goes at least as far back as when seat belts were first being mandated for drivers and passengers of cars. The thought was that adding seat belts caused a change in driving behavior, which actually increased the frequency of motor vehicle accidents because drivers felt safer.

In the case of football, the modern helmet creates a perceived reduction of risk, allowing the participant to initiate head first tackling and blocking. In other words, a football helmet – while necessary for traumatic head injury protection – contributes to an increase in risk-taking behaviors, such as head-first contact during a tackle or block.

A clear example of this phenomenon occurred after hard-shell helmets were introduced into football. “Spear-tackling” behavior emerged, leading to a spike in catastrophic head and neck injuries.

Rule changes in 1976 prohibited spear-tackling – the lowering of the head to make a tackle – which reduced head and spine injury over 50%. However, football remains a helmet-centric sport and headfirst contact continues.

Contrast this against another sport that involves a lot of tackling: rugby. While rugby players are definitely prone to sustaining concussions, American football is beginning to model the rugby style tackle of using their shoulders to initiate contact while avoiding head contact.

Based on risk compensation theory, rugby players tackle with their shoulders not only because they were taught that way, but because their heads are not protected with a helmet. Keeping the head out of the way simply develops naturally as an anticipatory reflex to protect the head.

Our research is based on the hypothesis that a football player who regularly receives tackling and blocking training without wearing a helmet will reinforce motor behaviors for avoiding head impacts with other players.

Adopting and mastering this skill could counter the inclination to initiate head-first tackling and blocking when wearing a helmet.

We also compared the subjects in our study who were freshmen separately from those who competed on the junior varsity and varsity levels. When we analyzed the data that way, the reduction in head impacts appeared to only be coming from the older, or varsity, players. This may suggest that the younger, less experienced players could need a higher frequency, or dose, of the helmetless training.

Clearly, researchers need to do more work to fully understand the kind of training, and how much training, is needed depending on the age and experience level of the player to get the desired results.

Either way, this research represents the only prospective randomized, controlled studies to our knowledge, to have explored the outcomes of a tackling training technique in football.

The need for randomized controlled trials

Those of us who study this problem do not yet know whether new tackling techniques are truly safer, but we do know that players, especially young ones, deserve to know. 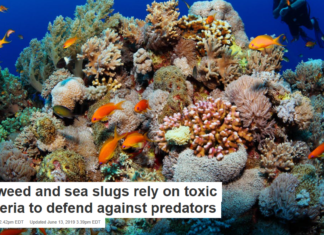