For Buddhists who follow his teachings, or to those who are simply drawn to his public message of kindness (“My religion is kindness,” the popular bumper sticker reads), the Dalai Lama has approached sainthood. He instantly sells out public appearances, and he’s featured on the “Top ten influential figures” lists (or some form thereof) which regularly appear in periodicals or websites.

He represents a triple threat rarely seen in contemporary culture: spiritual guru, head of the Tibetan government in exile and international ambassador. Today, the plight of his people is known around the world: the Tibetan flag, often accompanied by the slogan “Free Tibet” has become one of the iconic symbols of our time.

While at age 79 he shows little sign of slowing down, the Dalai Lama won’t live forever. The 14th in a line of head monks chosen through an elaborate combination of divination, examination and coronation, the Dalai Lama’s successor is a topic that’s been increasingly broached.

Yet the competing forces of politics, ethnicity and culture have muddled the process; there are even arguments over how the 15th Dalai Lama will be chosen.

Together it raises the very real question: could he be the last in this long lineage?

The Dalai Lama has his detractors. “Saints,” George Orwell wrote, “should always be judged guilty until they are proved innocent.”

Among Tibetan Buddhists – particularly Western Tibetan Buddhists – there is a group of practitioners who propitiate the fierce protector-deity known as Shugden. This particular practice has been discouraged by the Dalai Lama, who believes the practice runs counter to the principles of compassion and nonviolence. Shugden practitioners routinely protest when the Dalai Lama delivers public teachings in the West because they feel that his prohibition of Shugden violates their fundamental religious freedom.

The Dalai Lama’s most visible detractor, however, has been the Chinese government, which has been working full-time to prove the Dalai Lama guilty of a host of crimes against their country.

As all political organizations do, the Communist Party of China has created a list of epithets to describe him in an unflattering light: he is “a wolf in monk’s robes” and “a splittist,” whose main goal is to divide the Chinese against themselves. Or they characterize him the leader of the “Dalai Lama clique,” a group of insurrectionists living largely in exile and dedicated to spreading false rumors about the Chinese oppression of the Tibetan people.

To China, a problem that won’t die

But why is the Chinese government so concerned about a “simple Buddhist monk” (as the Dalai Lama often describes himself)? And why has the issue of his successor – the reincarnation of the sitting Dalai Lama – been in the news recently?

Having been so successful in bringing the world’s attention to the suffering of his people, the Dalai Lama and his reincarnation represent an enormous hurdle for China: how do they deal with a problem that, simply put, won’t die?

The Chinese government has adopted a very practical solution. They have decided that they will locate the 15th Dalai Lama. Their choice would, of course, be sympathetic with China’s goals regarding Tibet and the Tibetan people, a selection who would articulate China’s idea of Tibet as simply another ethnic region of China, subject to its laws and its domestic policy.

Within the world of realpolitik, China’s decision makes perfect sense.

But Tibetans feel that the Chinese are uniquely unqualified to undertake the process.

Choosing the Dalai Lama is an elaborate process that can seem otherworldly to Westerners. It involves consulting oracles, interpreting visions, reading signs and performing astrological calculations.

Once the the highest lamas in the Dalai Lama’s inner circle locate the reincarnated Dalai Lama (a process that takes two to three years), they administer a series of tests.

For example, they asked the current Dalai Lama, at age two, to identify various items that had belonged to his previous incarnation, the 13th Dalai Lama. From several walking sticks, he was asked to choose “his” walking stick. They gave the same test for his glasses and his prayer beads. In each case, the young 14th – without hesitation – chose the items that had belonged to him in his previous lifetime.

Zhu Weiqun, head of an ethnic-and-religious-affairs committee in the Chinese government, has pounced on the Dalai Lama’s posturing, arguing that he hasn’t shown “a serious or respectful attitude on this issue.”

But most Tibetans place very little stock in the Dalai Lama’s pronouncement. They recognize it as yet another move in the chess game His Holiness is playing with the Chinese. Tibetans also remember the speech he gave in 2011, when he announced that he was stepping down from his role as political leader of the Tibetan people.

In the speech, the Dalai Lama reminded his audience that he had always claimed that Tibetans in exile should be governed by a democratically elected leader, and that he needed to become less politically active in order to encourage democracy among his people.

Clearly, there is more to this than meets the eye. The Dalai Lama’s wavering about his reincarnation and his role in the everyday lives of his people have been made in order to instill in Tibetans more and more independence in the face of a continuing and inevitable Chinese oppression.

When the Chinese do make their selection, the Tibetan people will likely ignore it – perhaps even good-heartedly ridicule it.

But the question still persists, largely in Western circles: Do the Tibetan people need another Dalai Lama?

Surely, the Tibetan people will argue that they do. However, when this Dalai Lama dies, perhaps it will be advantageous for the Central Tibetan Administration in India to develop a mixture of politically innovative guidelines and traditional methods for finding the new one. This would be partly a political decision, and the Tibetan government, in consultation with the monks, could make it.

The 14th Dalai Lama has always supported modernization, both in Tibetan spiritual practice and in the Tibetan educational curriculum that has been installed in India. It’s apparent the Dalai Lama’s deliberate ambiguity about whether or not Tibetans even need a 15th is a calculated move; he wants to leave that decision entirely up to his people, further solidifying their democratic rule in exile.

As a difficult, uncertain Tibetan future unfolds, it’s intended to insure that no expectations precede the arrival of his successor.

After all – as all Buddhists warn – expectations are often unreliable. 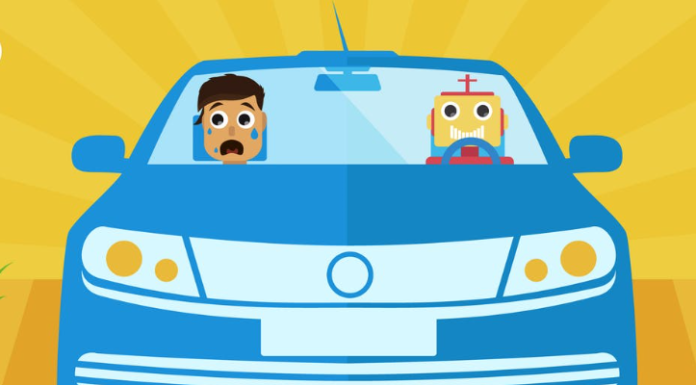 To get the most out of self-driving cars, tap the brakes on their rollout

What the world can learn from the Buddhist concept loving-kindness