The COVID-19 crisis presents the greatest challenge in a decade for people’s lives and livelihoods. It has not just caused a public health crisis, it has also caused a financial crisis.

The months following the UK’s first nationwide lockdown in March 2020 saw 9.6 million workers furloughed and a record of 370,000 redundancies between August and November. On top of that, about 45% of those in work in February lost earnings in the first few months of the crisis. The number of people claiming universal credit more than doubled to 5.7 million by November.

Now, at the dawn of a new year, personal and household finances face fresh uncertainties. As in many other countries, rises in new COVID cases appear close to being out of control, with households and businesses having to deal with the practical and financial effects of a new lockdown.

Given this new context and doubts about how rapidly the vaccination programme will enable the permanent end of lockdown, many will see their money problems worsen. Government initiatives, such as furlough, have provided relief for some, but eligibility criteria leave others excluded, with support to small businesses and freelancers also unevenly distributed.

As difficult as the situation is for many, the full effects of unemployment, redundancy, loss of income and accelerating levels of personal debt are unlikely to be seen for years. The severity of the effects on household finances is therefore likely to increase.

Meanwhile, levels of household debt are soaring, with an estimated £10.3 billion worth of new borrowing and arrears attributable to the impact of the virus. As many as 6 million people fell behind on a household bill between March and August 2020.

Recent Work Foundation research is beginning to show the major implications for mental wellbeing that this financial crisis is having, with the hardest hits falling on lowest paid workers.

Lessons from the 2008 financial crisis

When considering how this new financial crisis will unfold there are lessons to be learned from the last major financial shock to hit the UK, in the aftermath of the 2008 global financial crisis.

This period saw personal over-indebtedness emerge as a newly important object of regulatory attention, with a particular focus on the mental and financial wellbeing of borrowers. The most public vehicle for this was the emergence of the Financial Conduct Authority (FCA) from the ashes of the Financial Services Authority, the latter of which was widely held culpable for many of the failures of the banking industry in 2008.

The debt management industry was one of the FCA’s major targets and included efforts to make better some of the worst impacts of debt collection practices on the mental wellbeing of debtors.

This included requiring collectors to treat vulnerable customers differently, potentially including those with mental health difficulties, as well as to suspend debt recovery activities for customers lacking the mental capacity to make relevant financial decisions about their debts.

The period also saw attempts to compel lenders to do more to assess the affordability of the loans being offered to borrowers, including most recently, investigating the role within this of the credit scoring industry.

These various initiatives reflect a confidence in governmental and regulatory circles in the potential effectiveness of incremental reform rather than a wholesale transformation of the consumer credit and personal finance industries. But given the effects on mental health, the continued financial uncertainties are causing, such a reformist approach to financial regulation may have run its course. We are already seeing signs in policy discussions beyond the UK that the current crisis may be changing the debate around the relationship between government and debt.

Notably in the US, student loan forgiveness has moved from a relatively niche, activist-led lobbying effort into a possible part of the new administration’s policy platform.

Given the severity of this new financial crisis, whose effects are becoming overlaid on the unresolved issues of the previous crisis, it will be important to see whether similar initiatives take hold in the UK, or whether we see a continuation of the incremental approach to the regulation of consumer credit that has characterised recent years.

Work Foundation research is also showing how deeply flawed the UK’s social security system currently is, as it provides a largely inadequate buffer from shocks on household finances. With so many having already lost their job and a challenging spring still to come, the government may come under renewed pressure to engage in wholesale reform of the social security system.

There are immediate responses that could help in this respect – for example, reversing plans to cut essential universal credit payments by £20 per week from April 2021.

Yet the depth of the crisis may require more far-reaching changes, including revisiting overall levels of support and who is entitled to it, re-evaluating the kinds of conditions that recipients must meet to receive payments, and crucially also ensuring that welfare payments form just one element of a wider network of support for people experiencing insecurity in the future. 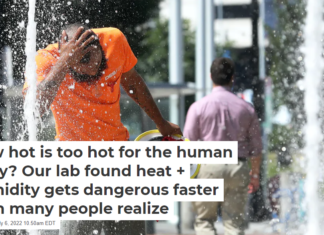