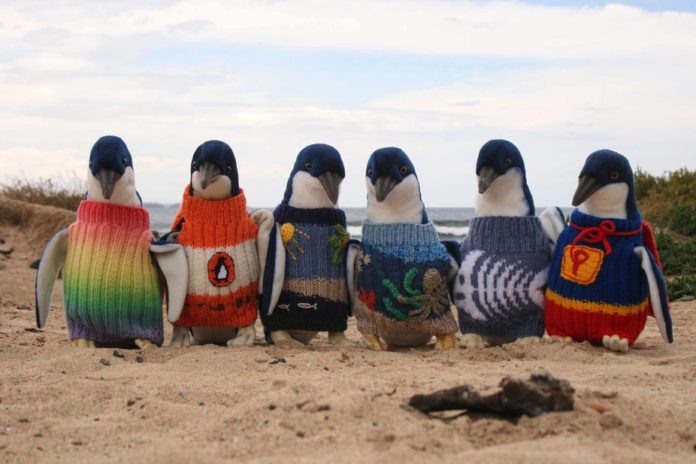 It was a bit of an anti-climax, however, when news emerged that there wasn’t actually a huge demand for the sweaters – and thus many craft projects were set aside around the world.

Why was there such an enthusiasm to knit for penguins? Was it all down to the super-cute pictures of penguins in tiny sweaters – or did the desire to do some good through craft play a role? On the heels of my article for The Conversation on yarn bombing, I started thinking about the relationship between knitting for penguins versus yarn bombing a tree, or indeed knitting for more traditional ends.

Both yarn bombing and knitting for penguins are examples of a broader movement of creative forms of activism, or craftivism.

While not a new phenomenon, craftivism is playing an increasingly prominent role in the creative pursuits of activists, particularly when it comes to political and social causes.

According to Betsy Greer, aka the godmother of craftivism, and the woman who coined the term, craftivism is a way for practitioners to voice their opinions through creativity:

through activities such as teaching knitting lessons, crocheting hats for the less fortunate, and sewing blankets for abandoned animals, craftivism allows for creativity to expand previous boundaries and enter the arena of activism.

As such, craftivism describes a wide range of craft-based activities that have the ultimate aim of making the world a better place, however that is conceptualised.

Crafting for the political

In the Australian context, craftivist activities have broached many political issues. A group called Knit Your Revolt is reviving the image of the former PM Julia Gillard knitting to challenge misogyny in politics and society. Their manifesto states:

when these media dinosaurs say that knitting cannot go hand in hand with strength, what they are really saying is that anything associated with women – and by extension women themselves – cannot be strong.

Knit Your Revolt is sticking its needles in and taking a stand against the notion that craft is an inferior pastime, and those who do it are inequal, weak or should be discounted.

The Knitting Nannas are also using their needles for good, raising awareness about coal seam gas and mining exploration by way of knitting items that both functionally and symbolically protest the mining of agricultural land.

Internationally, too, craftivism has been used as a way to peacefully protest the policies and practices of governments and big business.

Calgary’s Revolutionary Knitting Circle participated in global knit-ins during the 2002 and 2004 G8 Summits to protest against corporate rule. During the summits, knitters gathered outside major corporate sites and knitted a range of items. These included the Peace Knits banner, which was later used in mass peace marches and rallies across Canada.

Crafting for the social

Craftivists also engage in craftivism as a way of bringing attention to particular social issues.

Contemporary artist Kate Just’s KNIT SAFE and KNIT HOPE projects in the UK and Australia were developed as a way of exploring international issues of violence against women, safety and freedom. Discussing the KNIT SAFE project Just explained that it:

seeks to create a counter-point to ideas of women’s isolation or impending vulnerability … KNIT SAFE will explore the value of collectivity and optimism. Join knitting events and SAFE walks to reclaim your city with craft.

Similarly, Melbourne craftivist Casey Jenkins from the group Craft Cartel has engaged in a number of projects aimed at drawing attention to political and social concerns.

Jenkins’ most recent project, Foot-Hold, involves running a series of workshops for young people from diverse of backgrounds. Working with artists, they will be encouraged to share their stories of territory – acceptance, rejection, belonging and alienation in Australia – through street craft.

One of the most successful examples of the use of craft for social enterprise is the Fine Cell Work charity, operating in a number of prisons across the UK. By training male and female prisoners in the art of needlework, and enabling prisoners to sell their work online, this project not only aims to enhance the skills of prisoners, but also to contribute to their reintegration into the community upon release.

As these projects make clear, it’s not just by knitting for penguins that crafters can connect creativity and activism. There may be more than enough small-sized sweaters to meet the needs of the Penguin Foundation, but those who wish to make the world a better place with wool and a pair of needles have plenty of other options available to them.

Alyce McGovern does not work for, consult to, own shares in or receive funding from any company or organisation that would benefit from this article, and has no relevant affiliations. 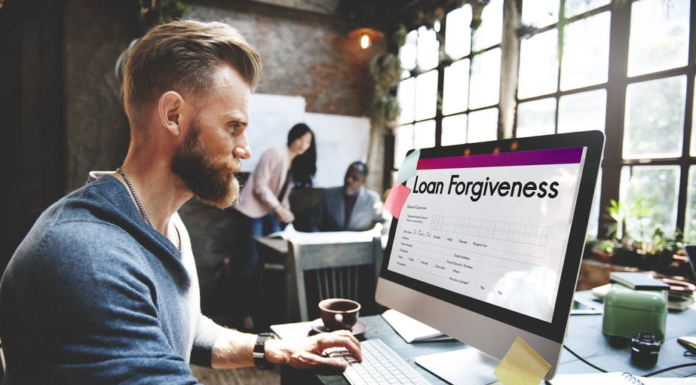 What is public service loan forgiveness? And how do I qualify to get it?