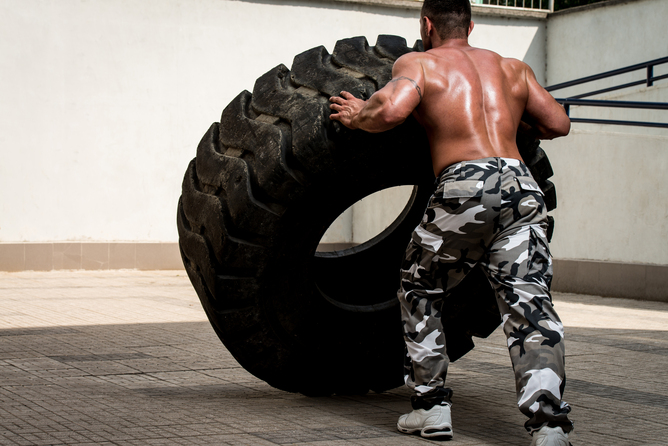 By Sarah Hentges, University of Maine at Augusta

It’s a known fact that exercise is addictive. But CrossFitters – those who take part in CrossFit’s brutal workouts and stringent diet – are infamous for their fanatical devotion to their fitness philosophy. They can be found doing pull-ups and heavily weighted squats, flipping tires or hitting them with a sledgehammer, climbing ropes, tossing medicine balls, and “going Paleo.” The CrossFit movement has been labeled a cult – even a religion – and the movement’s popularity has skyrocketed; by 2014 there were 7,000 CrossFit-affiliated gyms (or “boxes,” as CrossFitters call them), up from just 13 in 2005.

But, really, the zealousness of CrossFitters is not new.

Many fitness enthusiasts have been just as obsessed by their own health routines. In his book Crusaders for Fitness: The History of American Health Reformers, James C. Wharton describes the “hygienic ideologists” of the 1830s to 1920s as having high “levels of devotion, asceticism, and zeal” to their health and fitness ideals. They believed in a sound mind and body, physical education, vegetarianism, and often “espoused Christianity.”

But in the 1960s, Kenneth Cooper developed a new approach – the idea of “aerobics,” a term he coined in his 1968 book of the same name. Aerobics were a more moderate approach to fitness: simple exercises with a point system to meet the individual’s fitness goals.

CrossFit has taken elements of both approaches – religious-like devotion combined with goal-setting – which has resulted in a fitness movement that’s bigger, harder, and meaner. Visibly. Inherently.

I’ve written about CrossFit as a fitness fad, and I place it among “extreme” examples of fitness, like Shaun T’s Beachbody program Insanity or even television’s The Biggest Loser. These fitness approaches work on diet and exercise, but the expected results are unrealistic, and participants adhere to a “no pain, no gain” mentality.

In her recent New York Times Magazine piece Heather Havrilesky wonders why Americans are so drawn to “extreme fitness.” It’s a question worth considering. First, extreme fitness perpetuates many myths about masculinity – assumptions that men should be big and hard and competitive – and assumptions about why and how men should work out.

Second, American fitness movements tap into our deep-seated insecurities. The pressure on women to be thinner and athletic and on men to be more muscular and toned has driven us to the gym for decades. Extreme fitness often promises better – and quicker – results.

But the CrossFit movement stands apart from the others: unlike other fitness regiments, it emphasizes a combination of community – online and in-person – fierce competition, elitism, and even pain. And the CrossFit Games, a yearly competition sponsored by Reebok, bring this fitness regime to the level of sport.

Anyone is free to join CrossFit; women are encouraged to join and to train with, and like, men (and, interestingly, workouts are named after girls, because “anything that left you flat on your back, looking up at the sky asking ‘what just happened to me?’ deserved a females (sic) name”). But there’s a hitch: members must be willing to submit themselves to a community where improved results are the goal, and competition and pain – as much as camaraderie and health – are the means.

Members have access to CrossFit’s extensive online resources, and its open-source charter means that CrossFit’s community extends beyond the gym. For example, the Internet provides CrossFitters with a wealth of resources, including a “workout of the day” (a “WOD”). Meanwhile, the CrossFit Journal is packed with articles about CrossFit’s vision. These “tools” not only fuel devotion, but also preach ideas of fitness that are narrow, if not dangerous. Increasing numbers of CrossFitters have been diagnosed with Rhabdomyolysis, a rare kidney disorder caused by too much muscle exertion.

CrossFit has also adopted a technical language and jargon that seems intended to perplex outsiders, allowing the movement to portray itself as unique and superior. CrossFit defines fitness as “increased work capacity across broad time and modal domains.” Its methods are “revolutionary” and a means to “forge elite fitness,” which refers to the movement’s adoption of the training methods used by top athletes and the military’s special forces.

With a workout routine that often induces vomiting – and even has a mascot named “Pukie the Clown”) – we might wonder why CrossFit is so popular. Some argue that it taps into something inherently primal. According to CrossFit, its “functional” workouts are designed to align with “the core movements of life…” But what has been “built naturally” and what we, as a culture, have created are often blurred. Using biology as an excuse for punishing our bodies is counter-intuitive.

Certainly we can imagine different versions of community fitness, places where we may build sustainable, mind/body fitness practices?

CrossFit claims that the needs of anyone – from elite athletes, to housewives, to grandparents – are the same and differ only in degree. The movement speaks to a particular argument about American fitness, one that is explored in Women and Fitness in American Culture: the less control we feel we have over our lives, the more we feel the need to control our bodies. The hyper-masculine, super-hard body – the goal of CrossFit – is the ultimate symbol of power, control, and dominance.

This is reflected in “Hero Workouts,” a Crossfit web page lists American soldiers who died overseas in Iraq and Afghanistan, complete with pictures, bios, and surviving family members. CrossFitters are encouraged to attempt these workouts with extra intensity as a way to pay tribute to each of the fallen soldiers “who fight for us to WOD free.” One site encourages followers to “think about the Hero that has given his all for our freedom.”

It’s a bit odd (and macabre). Sure, CrossFit has adopted military training techniques, but why are fallen soldiers being used as inspiration? When snipers, suicide bombers and drones are the tools of death, and survival in combat often has nothing to do with one’s physical fitness?

Because CrossFit is a chosen way of life as much as a workout program, its members can close ranks, like a cult. Perhaps this how the movement can skirt the simple question: for what – and for whom – are CrossFitters training?

Sarah Hentges does not work for, consult to, own shares in or receive funding from any company or organisation that would benefit from this article, and has no relevant affiliations. 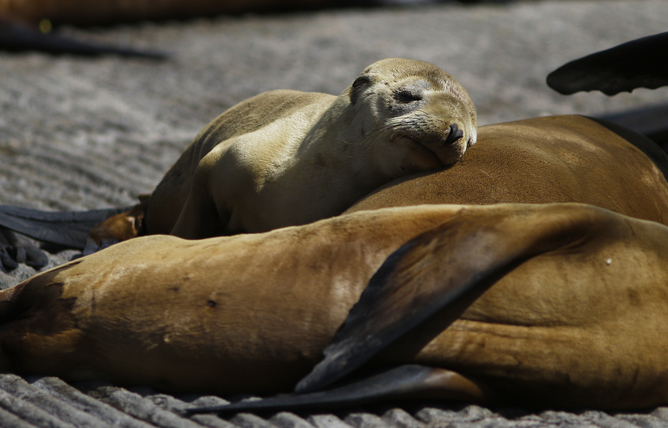 What is the ‘warm blob’ in the Pacific and what can...

Staff Writer - May 21, 2015
Nicholas A Bond, University of Washington People living across the US have lived through some odd weather in the past year. It’s been unusually warm...