By Geraint Lewis, University of Sydney

While invisible, dark matter completely dominates our Milky Way. But recent measurements of just how much dark matter there is have revealed a bit of a mystery. In a paper published today in the Astrophysical Journal, we show that the galaxy is a whole lot skinnier than previously thought.

How can astronomers be struggling to measure such a dominant part of our cosmic home, and what does this reassessment of galactic mass actually mean?

Our Milky Way galaxy is a glorious beast, with several hundred billion stars moving together in the immense spiral disk that defines it.

But staring at the night sky, with its myriad stars, it is easy to forget that you are looking at only the icing on the cake. Most of the mass of the Milky Way is invisible to us.

The fact that individual galaxies are sheathed in massive halos of dark matter has dawned on astronomers over the last 50 years with the realisation immense quantities of mass is required to hold stars, including our own sun, in their orbits.

But while we know this dark matter is there, astronomers have struggled to measure its properties, such as its shape and how much of it there is.

This may seem strange, but as we are only able to sense the presence of dark matter through its gravitational pull on stars and most of the stars in the Milky Way are confined to the spiral disk, that means that knowing what dark matter is going away from the disk is difficult. Difficult, but not impossible!

The outer parts of our galaxy are not completely devoid of stars, but are actually sparsely populated with dwarf galaxies, globular clusters and individual halo stars.

The halo stars are themselves amazing, with some being dumped there as small galaxies that were torn apart by our Milky Way. Others are some of the oldest stars we know in the universe, formed many billions of years before our own sun.

But identifying these remote populations is difficult as we are looking out from inside the spiral arms of the Milky Way. Isolating distant halo stars against the sea of more local stars is a maddening case of picking needles out of immense haystacks.

But after years of meticulously surveying the sky with dedicated telescopes, and complex detective work, we have achieved this and, for many objects, measured their speeds.

This is where this new work enters the story, led by then PhD student Prajwal Kafle, working with me at the Sydney Institute for Astronomy. He is now at the University of Western Australia node of the International Centre for Radio Astronomy Research.

As an expert in understanding the stars within our galactic halo, Prajwal realised that this wealth of information would allow him to measure the mass of the dark matter holding the Milky Way together.

But this is not a simple thing to do, as out measurements are not very accurate. An even more complicated issue is that gravitational forces produce accelerations, and so far we can only measure stellar speeds.

But more than 100 years ago, British astronomer James Jean gave us the mathematics we need to tackle such complex problems.

We won’t reproduce the mathematics here, but if you are a fan of differentials and integrals, phase space evolution and anisotropy parameters, it clearly is the subject for you.

Do these velocities make me look fat?

People have tried this experiment over the past 15 years, calling on growing samples of halo stars. While the dark matter halo was found to be very massive, about a thousand billion times the mass of our sun, nailing a precise answer has proved to be very difficult.

But scientists had settled on a value of between two and four thousand billion sun masses. This seemed to match their expectations from growing synthetic models of the galaxy in computers.

But armed with the most complete, cleanest, most precise data-set available, Prajwal’s computed value was lower, a lot lower, at just below one thousand billion sun masses, more than a factor of two below the previously expected value. The Milky Way appears to be a lot skinnier than expected!

But what does it mean?

Is a lighter Milky Way important? Yes, as it helps to solve one of the mysteries of the galaxy.

Our understanding of large galaxies face a number of problems, but one of the major outstanding ones is the number of dwarf galaxies that accompany us through space. Our cosmological simulations tell us that we should expect many hundreds or thousands, but we see only tens.

The complexities of gas physics and supernovae in the early universe may have extinguished the stars in many of these, leaving us surrounded by the dark, star-less corpses of failed galaxies.

But we should still expect to see more of the larger dwarfs who can retain their stars and gas to the present day, more than the three dominant dwarfs we currently see.

With the new reduced mass of the Milky Way, the predicted number of dwarfs is also reduced, and now actually matches what we see. This does not completely solve the missing dwarf galaxy problem, but certainly alleviates it. 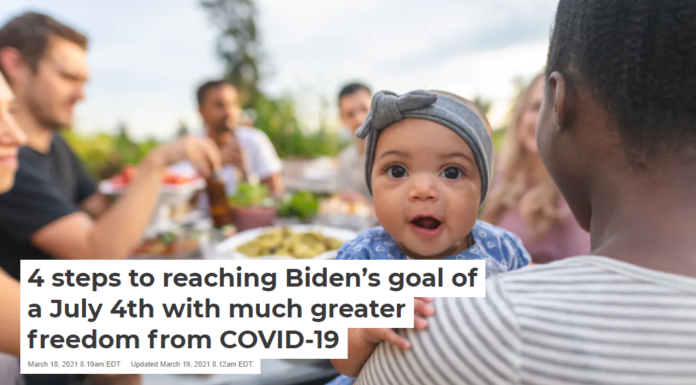 How mRNA vaccines from Pfizer and Moderna work, why they’re a breakthrough and why they need to be kept so cold

How can you tell if another person, animal or thing is conscious? Try these...