By Bill Dixon, University of Nottingham

Oscar Pistorius has finally been sentenced, to what his judge described as “a sentence that is fair and just, both to society and to the accused”. For the culpable homicide of Reeva Steenkamp, he was sentenced to a prison term of five years. For a firearms offence of which he was also found guilty, he received a three-year suspended sentence.

Whatever the rights and wrongs of the sentence handed down by Judge Thokozile Masipa may be, the arguments put forward in the North Gauteng High Court over the past ten days raised some fundamental issues about punishment, what it is and how it should be administered.

Giving evidence on the first day of the sentence hearing following Oscar Pistorius’s conviction for the culpable homicide of Reeva Steenkamp, Joel Maringa, a social worker in the Department of Correctional Services, called for the paralympian to be given a community sentence.

“The traumatic encounter being responsible for the negligent loss of the life of his companion has already subjected him to punishment” he said. In other words, the result of the crime Pistorius committed makes the commission of the offence a punishment in itself.

Few can doubt that Pistorius has suffered a great deal as a consequence of his actions in the small hours of February 14, 2013. As his psychologist, Dr Lore Hartzenberg, had already told the court, Pistorius is a “broken man”. His reputation in tatters, she said, he has lost friends, his career, his ability to earn a living and any sense of self-worth.

But the fact that he has suffered does not mean that he has been punished. Punishment is a purposeful activity. It involves, to be blunt, the deliberate inflicting of suffering on the person to be punished. In the context of criminal justice, suffering (or merely inconvenience in some cases) is administered by and on behalf of the state. To say that Pistorius has suffered is one thing. To say that he has already been punished is another matter entirely.

As pleas for leniency the arguments put forward by Maringa and Hartzenberg may have merit. But they are based on a flawed understanding of the very nature of punishment.

Later in the hearing, another defence witness, probation officer and social worker Annette Vergeer, argued that Pistorius should be given three years of correctional supervision and 16 hours of community service. South Africa’s prisons, she claimed, were understaffed, overcrowded and lacked facilities for the disabled.

There is scarcely a prison system in the world of which the same could not be said and the most recent report of the Judicial Inspectorate for Correctional Services (JICS) – a watchdog body that has been accused of lacking both bark and bite – confirms that “over-population” is a problem in some institutions with inmates crammed into communal cells, or living two or three to a cell in accommodation designed for single occupancy.

Standards in these institutions are “unacceptable”. Yet the JICS report goes on to state that conditions are better elsewhere, most notably in the special care units, hospitals, clinics and other sections designated for vulnerable inmates.

Sterner critics than the JICS might disagree with such a sanguine assessment – yet debating the state of South Africa’s prisons, and whether they are good enough for Oscar Pistorius, misses a wider point about the use of imprisonment. Namely why more than 31% (44,236 out of a total of 154,648) of those incarcerated as of the end of March this year were unsentenced prisoners, or why two in every five of those being held on remand were children or juveniles and deemed vulnerable by virtue of their age. The total number of children or juveniles in prisons was 53,871.

If Pistorius, disabled and vulnerable but convicted of killing another human being, has no business being in prison, what of the 22,734 young, vulnerable people who remain as yet unsentenced?

A fundamental disagreement about the purpose of punishment is also evident in the arguments put forward by prosecution and defence. For the prosecutor, Gerrie Nel, killing another person demands a harsh response. The punishment, as the cliché has it, must fit the crime. To impose a non-custodial sentence would bring the criminal justice system into disrepute and encourage people to take the law into their own hands. The need to mark the seriousness of the offence, to express the moral outrage felt by right-thinking members of society, with an appropriately severe sentence overrides the needs of the offender.

Contrast this with the views of defence witnesses and Pistorius’s counsel, Barry Roux, anxious about Pistorius’s physical and psychological well-being, his vulnerability as a double amputee and the fragility of his mental state. According to Roux, the only person to whom Pistorius poses a threat is Pistorius himself. Though there was a “high degree of negligence” in his actions, they were “to some extent dominated by anxiety and vulnerability”.

Then we have the references to ubuntu, the idea that a person is a person only through others and that, in dehumanising others, we also dehumanise ourselves. Championed by the former archbishop of Cape Town and Nobel Peace prize-winner, Desmond Tutu, ubuntu calls for generosity and compassion in response to wrongdoing, for restorative rather than retributive justice, for the needs of all those involved in an offence to be taken into account.

Why, in other words, do we punish: to exact retribution for wrongdoing, to rehabilitate offenders or to restore the community?

To some extent the controversy surrounding the sentencing of Oscar Pistorius can be seen as the continuation by other means of differences of opinion about his conviction. Was Judge Masipa right to find him not guilty of murder? Does his conviction for culpable homicide do justice to Reeva Steenkamp and her family?

But it also reflects wider disagreements about why we punish and what punishment involves, and about the uses and abuses of imprisonment. Let us hope that events in Pretoria will act as a timely reminder of the importance of such questions and encourage the search for humane and reasoned answers to them.

Bill Dixon does not work for, consult to, own shares in or receive funding from any company or organisation that would benefit from this article, and has no relevant affiliations. 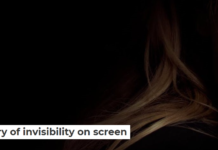 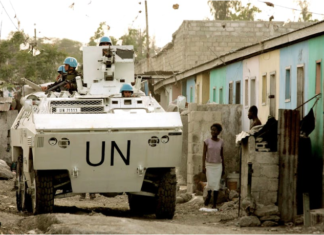 Poor people are penalised for borrowing to make ends meet –...