By Arthur Midwinter, University of Edinburgh

This is not new, of course. The Scottish government’s “Fiscal Autonomy in Scotland” report demanded much the same level of devolution five years ago. But this proposal is so far out of line with the principles and practice of the UK model – and so potentially destabilising to the financing of all three devolved administrations – that the SNP will struggle to get support for it.

Yet this is the policy position with which it is going into the Smith Commission, the group set up to fast-track more devolution to Scotland following the No vote in last month’s referendum under the chairmanship of Lord Smith of Kelvin.

The UK is a deeply integrated economic union with a single market in goods, services, labour, capital and knowledge to which all four nations have equal access; as well as an integrated tax system. Responsibility for managing the economy, in common with international practice, is reserved to the central state and exercised through the Treasury and Bank of England. The management of public services is allocated to Whitehall departments and the devolved administrations.

Resource allocation operates on the basis of relative expenditure need, as agreed through political judgement. In Scotland’s case, this has always operated using England as a benchmark with adjustment for Scotland’s higher needs, entrenched since 1978 in the funding model known as the Barnett Formula which aims to provide a high degree of stability in funding.

This expenditure-based approach to public funding reflects the economic unity of the UK in that the spending needs of the whole UK are considered together. Money is automatically channelled to where it is needed, regardless of where that money was raised. As a result, all three devolved administrations – and most English regions – get more funding than they raise in taxes.

Any changes in fiscal powers under devolution have to be consistent with this model – a point well made by the Calman report. You don’t want a wasteful situation where one part of the UK starts competing with other parts by lowering taxes in a way that reduces the government’s income without necessarily making it back through extra economic activity.

It is difficult to see how “devo max” could be workable in the UK system. The aim should be to achieve maximum devolution and accountability while retaining the pooling and sharing of resources. Devo max doesn’t work this way – instead it is based on devolved regions raising their own funds and not relying on transfers from central government.

This is not a matter for Scotland in isolation. The SNP wants to adopt this model so that it can cut corporation tax by 3p in the pound to deliver a competitive tax advantage over other regions of the UK. This is incompatible in a model based on equal access to markets across the UK. Sir Kenneth Calman expressed concern that it would lead to tax competition, among other things.

There would also be serious concerns over devolving North Sea revenues. Scotland currently receives public expenditure about 16% above the UK average, yet the tax revenues paid by Scottish citizens and business are around the UK average. Professor Gavin McCrone has made the point that if the Scottish government were to receive its geographical share of oil and gas revenues, there would have to be some corresponding cuts in public expenditure to balance out what Scotland is supposed to receive under the Barnett formula. In fact, the consequences for Wales and Northern Ireland of moving to devo max would be disastrous. They have structural deficits, but no North Sea revenues.

Finally, there would also be a problem in devolving VAT under EU rules. Under the rules, the VAT rate must be levied and collected centrally in a state. So the UK government would have to assign revenues from it to Scotland instead, around £8.5bn in 2010–11.

This review shows that the nationalists have thought little about the impracticalities and the politics of full fiscal autonomy. There would not be much of a union left.

Devo max shares several of the dubious assumptions of independence. It assumes Scottish control of tax revenues would improve economic performance and that cuts in corporation tax in particular would drive growth. This is highly questionable when you look at the numbers. Being in the UK system has not held Scotland back – its economic performance has been broadly in line with the rest of the UK.

What is appropriate is to develop a maximum devolution model in which further fiscal powers consistent with the Treasury model are devolved. These would increase fiscal responsibility, autonomy and accountability while maintaining the principles of the UK system.

There is no need to see this as an exercise to devolve the most powers to close the so-called fiscal gap between what the nations pay in and what they get out, which is not a problem in practice. This means that the Barnett Formula should remain in use to determine the needs in total, albeit with a reduced block grant. Allocations do not require a needs-based formula, which in the final analysis requires political judgement.

Devolved systems should be as simple as possible. The comprehensive research carried out for Calman shows clearly that in most systems the majority of tax income is raised and controlled by the central state for efficiency and equity reasons. Most sub-central government systems rely upon a combination of assigned revenues or central grants as their autonomous revenues are insufficient to cover their spending responsibilities. Autonomy can be achieved irrespective of the proportion of tax raised.

The big challenge: inside the UK system but outside the box
Lightspring

To be compatible with the Treasury model, devolved taxes should allow the devolved administration to vary its spending levels above or below the spending levels on which the block grant is based. And no tax which would encourage wasteful fiscal competition should be devolved.

I don’t agree with proposals by the Conservatives and Liberal Democrats that income tax powers should be 100% devolved. This is not necessary for autonomy and accountability purposes, it would increase costs for business, (which have not been estimated) and reduce the scope for pooling resources across the UK.

On proposals by the Liberals and Conservatives to devolve smaller taxes such as capital gains tax and air passenger duty, we do not know the cost of fragmenting the UK collection system to Scotland. This should be estimated before the commission makes any recommendations.

Finally the Liberal Democrats also propose to assign corporation tax revenues. This would not in any way promote accountability as the yield would not reflect Scottish decisions. It would blur accountability and would result in greater volatility and require further adjustment to compensate for errors of estimation. It would be simpler and more stable to transfer funding through block grant. The case for assigned revenues simply reflects the Liberal Democrats’ ideological argument that the Scottish parliament should raise more than 50% of its revenues. Why this is more accountable than Labour’s 40% is never made clear.

As an adviser to Scottish Labour leader Johann Lamont, Arthur was appointed chair of the party’s Welfare Commission, which is putting together a series of proposals for the future of Scotland. 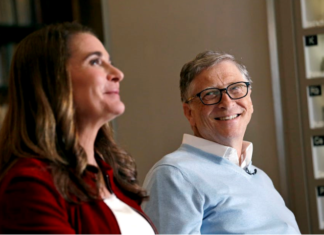 Staff Writer - June 26, 2019
Nicholas Tampio, Fordham University Bill and Melinda Gates have launched a lobbying group in part to drive their agenda on education. The move comes as Congress...