Most people would be aware of Angelina Jolie’s preventative double mastectomy after she found she was carrying a mutation to the BRCA 1 gene which confers an extremely high risk of breast cancer.

But according to a new documentary airing at 8:30pm Sunday April 6 on SBS ONE, The Secret Life of Breasts, it’s less well known that the majority of women with breast cancer have no family history of the disease. (Although it should be noted that most authorities attribute between 5% and 27% of breast cancer cases to family history or known mutations).

We are a culture obsessed with breasts – but how much do we really know about them? The Secret Life of Breasts seeks to find out.

The documentary is based on the work of US environmental journalist Florence Williams’ 2012 book, Breasts: A Natural and Unnatural History, whose main thesis is that while we eroticise breasts, they may actually be a hidden toxic waste ground.

Williams proposes that our breasts, with their fat deposits and oestrogen receptors, are a “sentinel organ”. Like canaries in a coalmine, they’re dying ahead of the miners who seem not to be heeding the warning.

Following in her footsteps, documentary makers interview Williams and follow people who are engaged with their breast health in some way, due to early puberty, breastfeeding, cancer risk or disfigurement.

This includes a young man in Brisbane undergoing breast reduction surgery, a group of ten young mothers in Sydney who decide to have their breast milk tested for contaminants and a woman in northern New South Wales who has a preventative double mastectomy and donates her breast tissue for chemical analysis.

The results from both the tests are disturbing; our bodies are apparently burdened by pesticides and other toxins, despite some of them having been banned decades ago. Interestingly, this sort of test was the start of Williams’ work, who decided to have her own breast milk tested after she read a news story about toxins in breast milk.

In line with Williams’ work, the documentary highlights the tendency of fatty tissue to attract surplus oestrogen. Because the human breast contains billions of oestrogen receptors as well as fatty tissue, it’s a magnet for not only the hormone itself but for oestrogen-like impostors, or “endocrine disruptors”, contained in food and industrial chemicals, particularly during developmental stages. These are absorbed into our bodies throughout our lives – from furnishings, packaging, detergents, and numerous other commodities.

The Secret Life of Breasts highlights how manufacturing and agriculture are not required to test the safety of the chemicals they use. According to the director of the US National Institute for Environmental Health Sciences, Linda Birnbaum, chemicals are only subject to testing when ill-effects are suspected.

According to the documentary, the alarm being sounded by breasts include steadily rising breast cancer rates, early puberty (from as young as age seven), bigger female breasts with bra size double D being the new normal, and gynaecomastia (man boobs), among other things.

Williams is particularly concerned about the possible risks passed on to babies through contaminated breast milk. While it’s still generally accepted that breast milk beats formula for safety and benefits, it’s nevertheless a disturbing idea that a mother’s burden of chemicals will be present in her child’s nourishment.

But is the documentary overstating the harms posed to babies by toxins in breast milk? US researchers who measured levels of volatile organic compounds in the breast milk of three mothers found the levels of the same compounds were higher in the air in their homes. This was a pioneering study but it was quite small – only three mothers from the same area were involved – so it’s difficult to know which to give greater credence.

And this is not the first time the idea of babies being exposed to toxins through breast milk has been raised either. Biologist Sandra Steingraber’s 2001 book Having Faith: An Ecologist’s Journey to Motherhood asked – if “breast is best”, how can we help our environment ensure the purity of its milk?

This documentary provides plenty of food for thought about mammary glands, and while it raises as many questions as it tries to answer, it’s worth deciding for yourself whether you need to be worried about the secret life of breasts. 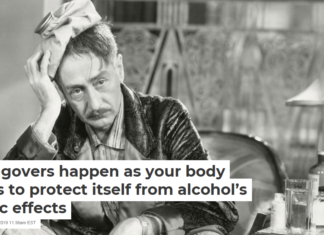