Since the Great Recession ended in 2009, the recovery in jobs has lagged behind that of Corporate America.

Corporate profits and business purchases of equipment and software returned to or near records within a year, yet unemployment remained stubbornly high – even though hiring usually tracks spending. Even today, with joblessness at 5.7%, the labor force participation rate has declined to 63% from 67% before the recession, signaling many adults have simply quit looking for work. And in many parts of the US, unemployment remains elevated.

The sluggish jobs recovery and post-recession rise in income inequality have prompted some economists and technologists to place the blame squarely on the metaphorical shoulders of machines. A fundamental shift has taken place in the nature of work, they argue, and companies are adding automation rather than hiring more workers.

In fact, the opposite may be true. In a 2014 study of technologists and analysts, the Pew Research Center found that 52% expect that robotics and smart machines will create more jobs than they replace.

I have spent the past couple decades analyzing technology and its impact on business and find arguments that machines and automation are the main drivers of the slow jobs recovery and rising inequality unconvincing.

In my current research looking into how disruptive technology affects public policy, I have discovered that many other factors, such as delays in productivity gains from large information technology investments and a decline in business dynamism and entrepreneurship, have contributed as much or more to these trends.

Rise of the machines

Warnings that robots are increasingly replacing humans have been on the rise, and the forecasts are increasingly dire. Technology research firm Gartner predicted in 2013 that by 2030 smart machines could replace as many as 90% of jobs as we know them today.

MIT professors Erik Brynjolfsson’s and Andrew McAfee’s Race against the Machine in 2011, and their subsequent book The Second Machine Age in 2014, argued the slow job recovery and growing wage inequality are already a sign of things to come.

Hollowing out the workforce

But not necessarily for everyone.

Brynjolfsson and McAfee attribute rising inequality to “skill-based technical change.” They argue that technology-led productivity improvements don’t affect all classes of workers the same, as has been traditionally assumed. Rather, it hits those in the middle the hardest, while leaving the highest- and lowest-skilled workers largely unscathed.

In a factory, for example, increased automation and payroll processing gradually replaces semi-skilled clerical workers, while it’s much harder to substitute technology for data scientists valued for their advanced reasoning. Rather, technologies such as big data analytics help them perform their tasks better. And on the other end of the spectrum, low-skilled workers like janitors probably won’t have to worry because it’s not economical to replace them with machines.

The argument, in other words is this: technology adoption through substitution affects semi-skilled, middle income wage earners the most, leaving low-skill and high-skill workers, but fewer workers between the extremes.

Fears that automation is keeping companies from hiring new workers and exacerbating income inequality are overblown, in part because the oft-repeated productivity gains from information technology are often illusory in the first place. As the economist Robert Solow quipped in 1987, “You can see the computer age everywhere but in the productivity statistics.”

Daron Acemoglu and his economics team at MIT evaluated data on the US manufacturing sector in 2013 and found no evidence of information technology-driven productivity gains or significant reductions of workers due to IT.

They found that in IT-intensive manufacturing, payroll growth was not significantly different than in other manufacturing, and neither was the quantity of product shipped. Thus the productivity gains that information technology delivers are not readily apparent in an industry where IT is dominant.

Separately, in his book, Capital in the twenty-first century, Thomas Piketty also presents a different view on the impact of information technology on inequality. Piketty wrote that as compared to earlier waves of innovation such as the steam engine and electrical power, the “revolution in information technology” is “less disruptive to modes of production and [does] less to improve productivity.”

He also notes that wealth inequality has grown higher in the US than in Europe despite the fact that technological change has affected all countries at the same level. Productivity change has been the same across countries, and thus there must be some other explanations besides information technology for inequality in the US.

More likely culprits behind the slow return of jobs since the recession are a drop in business dynamism, macroeconomic problems such as a lack of credit and delayed hiring because investments are slow to pay off.

The formation of new business has historically been one of the positive side effects of a downturn, but business dynamism has been in decline since the recession as US businesses collapsed faster than they formed, according to the Brookings Institution. And those that did had an average of just 4.7 workers in 2011, compared with 7.7 in 1999.

Furthermore, the number of firms owned by people under 30 years old – important to the introduction of innovations that increase productivity – is at a 24-year-low. Since there were fewer younger firms after the recession, the delay in increasing overall productivity could have led to delays in business recovery and hiring of new workers.

Macroeconomic factors may also be at work, particularly the availability of credit. Though banks received unprecedented sums of cheap cash from the Federal Reserve, they preferred to park most of it at the central bank itself earning next to nothing rather than lend it to businesses and consumer, as intended. Regulatory uncertainty over implementation of banking reform, the Affordable Care Act and other policies are other factors that likely affected hiring.

Lastly, as companies invest more in information technology rather than physical capital, the hoped for productivity gains take longer to materialize – five to 15 years, according to researchers at the Federal Reserve Bank of San Francisco. The delay is due to businesses having to make organizational adjustments and other intangible investments such as process changes in order to realize the value of the informational technology.

Since increased productivity reduces the cost of labor, the delays also mean labor costs are slower to come down, and that means it takes longer for new jobs to be created.

How to spur more jobs growth

What can we do to drive more jobs growth?

As the job recovery continues, the alleged evidence of technological unemployment among middle-income earners is disappearing. Policy recommendations that seemed urgent when Brynjolfsson and McAfee wrote Race against the Machine in 2011 seem less important now. 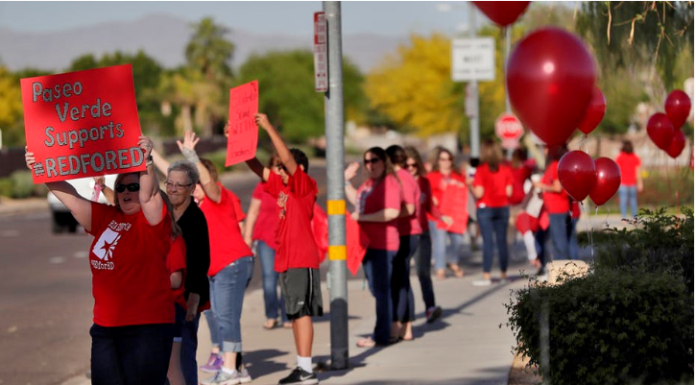